THIS WEEK: Farmers at a crossroads, a tough year that’s not over

It’s been a cornucopia of extremes for farmers. 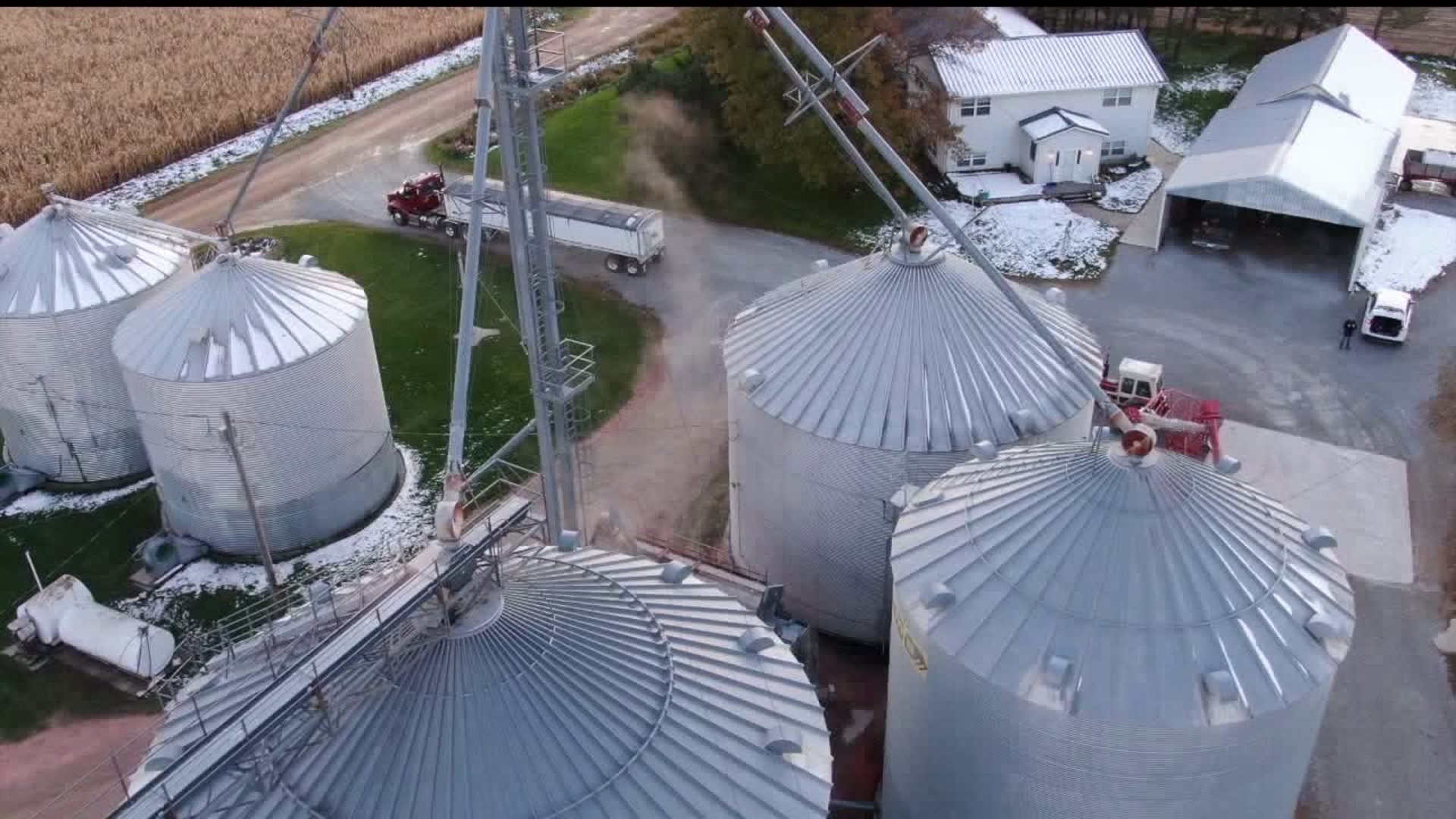 MOLINE, Illinois – It's been a tough year on the farm even before the crops were planted seven months ago.

"We're still having a lot of struggles with prices of our commodities, beans.  We're all struggling."

That was before the late spring planting and before the record floods in May and June.

And before the drought conditions in September.

And before October's early snow.

It's been a cornucopia of weather extremes for farmers that means delays.

"You're seeing fields that are not mature enough to be harvested because of they haven't had enough growing days to get to that point or the fields are just too sloppy to get it out," explained Rock Island County Farm Bureau manager Tara Mayhew.

What farmers should be doing now as the harvest season comes to an end?  Rock Island County Farm Bureau manager Tara Mayhew joined us for a NEWS 8 THIS WEEK EXTRA.  Listen to it on Facebook at WQAD Jim Mertens.

But there's so much more.

Farmers face uncertain markets as President Trump pushes China to buy as much as $50 billion of U.S. farm products, more than double what it bought before the trade war.

The strain is now apparent.

Farm bankruptcies in September surged 24%, the highest level since 20-11.

And here's an eye-opening statistic:

The American Farm Bureau Federation says two out of every five dollars a farmer profits this year didn't come from their crops but from trade aid, disaster assistance, federal subsidies and insurance payments.

"The farm income is totalling about $69-billion dollars," said Mayhew.

"Now that sounds like a huge number but when you look at it in the grand scheme of things, that put the crop year of 2019 in the income this year in the bottom half of all years since 1929."