Roughly two dozen protestors gathered carrying signs and shouting slogans like "Stop the Steal," echoing the president's claims that the election was rigged 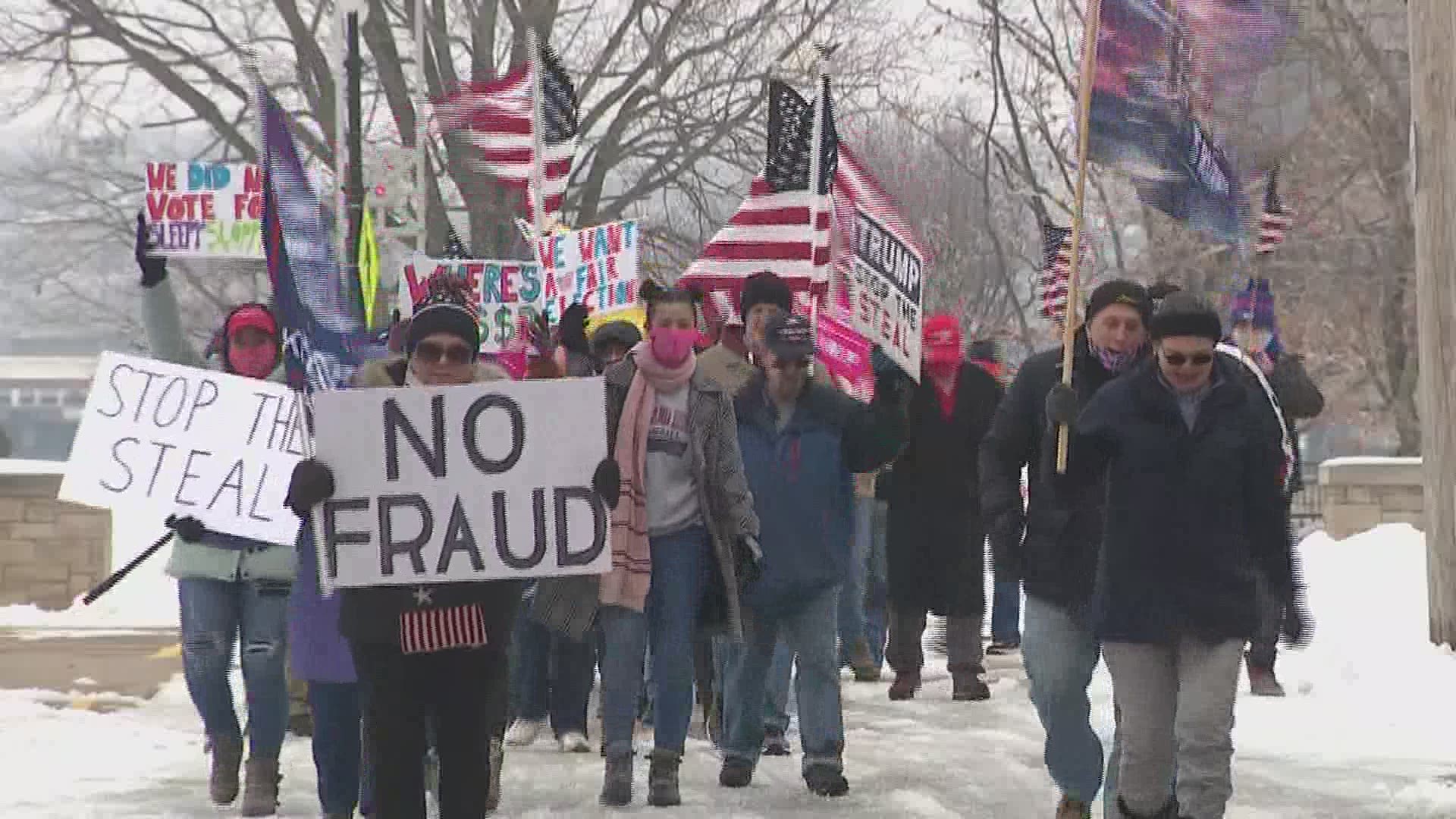 "If Joe Biden is inaugurated as the next president, he will never be my president, ever," said Mike Erickson. "What should happen is the rightful president-elect Donald Trump should be inaugurated on the 20th."

The president's supporters called the election "fraudulent," demanding that the result be overturned -- familiar allegations in the weeks following the vote on November 3rd.

"We all read everything on the internet until our eyes are glazed over. We know what’s going on," said Roxanne Croegaert. "And today Donald Trump is supposed to be giving the true numbers. He has the super computer numbers where they watched in on election night," she said.

However, at least one onlooker said he disagreed with the protestors' message.