More than slides and swing, this Galesburg playground challenges students

The city and the school teamed up to build the $280,000 playground. 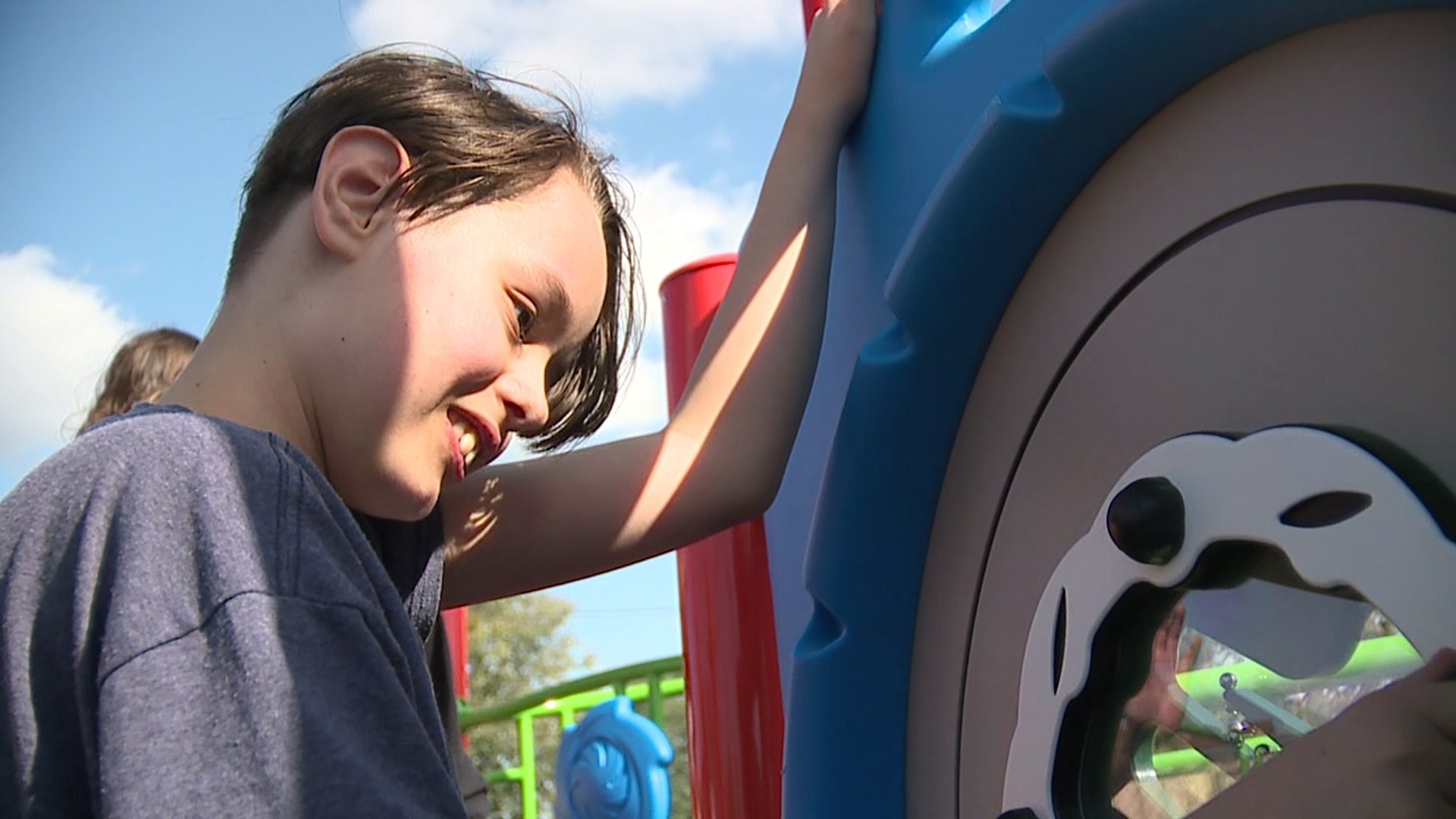 GALESBURG, ILLINOIS  --  A new playground is open at Lombard Junior High School in Galesburg, Illinois.  It doesn't include your typical swing and slide, it's giving students a challenge.

"They were over the moon when they saw it," Life Skills teacher Jake Murdock said. "I think any kid benefits from walking away from school work all day. It's something to look forward to."

The playground is based on the show 'American Ninja Warrior' and also has elements of the NFL Combine.

"It allows kids to compete with each other and get flexible and use mobility skills," Tony Oligney-estill, Galesburg Parks and Rec Director said.

"When kids got back to school they thought it was a water park at first," Principal Nick Young said. "I see the smiles on their faces and that's what it's all about."

The playground is also ADA accessible, with ramps for students of all abilities.

"I also like that so many of my kids, regardless of their abilities, are able to use so many things in here," Murdock said.

The city and the school teamed up to build the $280,000 playground. They received a grant for the project in January 2019.

Members of the city and public are allowed to use the playground after school hours.

The school will also add a basketball court to the campus next school year.