After Maizie's story aired on WQAD Channel 8, she made a cross-country connection that made this gift a reality. 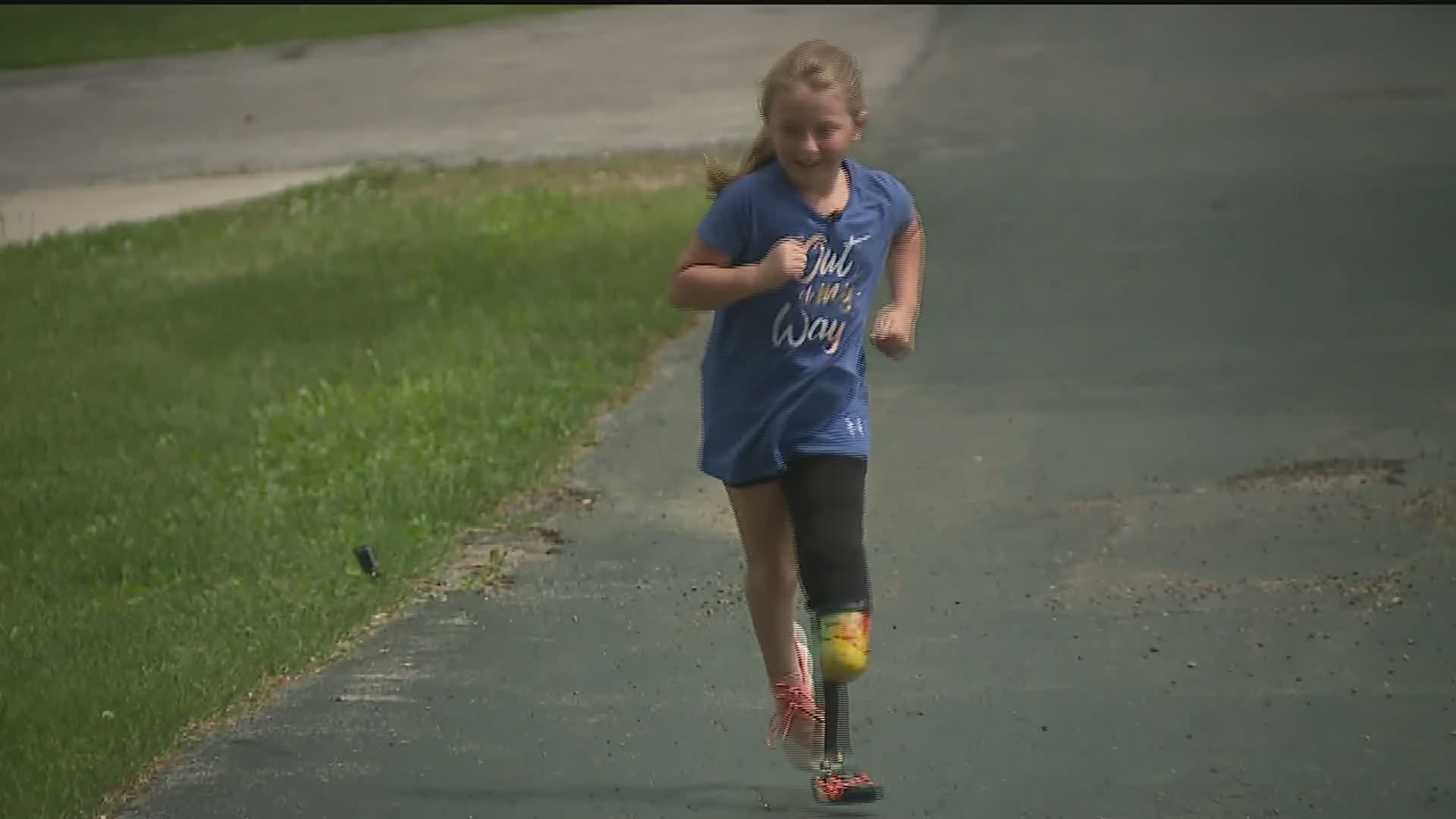 MAQUOKETA, Iowa —  There's some big news for a 7-year-old Maquoketa girl who lost her leg in a lawnmower accident. We introduced you to Maizie Hosch back in May, and now, a new cross country connection is helping her achieve more.

There's something new about Maizie Hosch. Before she was unstoppable on her pink moped. Now she's traded that in for a blue bike.

But there's a trade even more exciting. Maizie switched out her old orange shoe for a new one. The new shoe is a special prosthetic running blade.

"It has more spring than my walking one, so it's easier to run with it," explains Maizie.

Mom Chrissy Hosch says before, a running blade wasn't really an option, even for her daughter who's goal is to run a 5K race.

A blade like Maizie's costs about $20,000, and someone's Maizie's age will outgrow it about every six months. That adds up fast.

But after Maizie's story aired on WQAD Channel 8, Chrissy got a message from a stranger 500 miles away. It was Samantha Eddington.

"I saw the video of Maizie, and she had been in a similar incident as my daughter," explains Samantha, a mom from Kentucky.

Her daughter Katie wanted to run, too.

"Your daughter can run a 5k if she wants to. She'll probably need a different leg," says Samantha.

So Samantha connected the Hosch's to a group called 50Legs in Florida. The organization paid for Maizie and Chrissy to fly out and stay a week to get a customized running blade and prosthetic made for Maizie for free.

"When she put it on, she said it felt like a part of her, like normal," says Chrissy.

With the help of her new shoe, Maizie's goals are bigger than ever.

"I also want to do gymnastic and dance and be in the Olympics," says Maizie.

This new gift gives her newfound confidence, something she wouldn't trade for anything.

When Maizie outgrows her current running blade and prosthetic, 50Legs will make her a new one so she can continue running.