Before you mow the lawn, listen to this message from a 7-year-old who lost her leg

"When I got there, half her leg was gone and two toes on her other foot," says Maizie's mom, Chrissy. 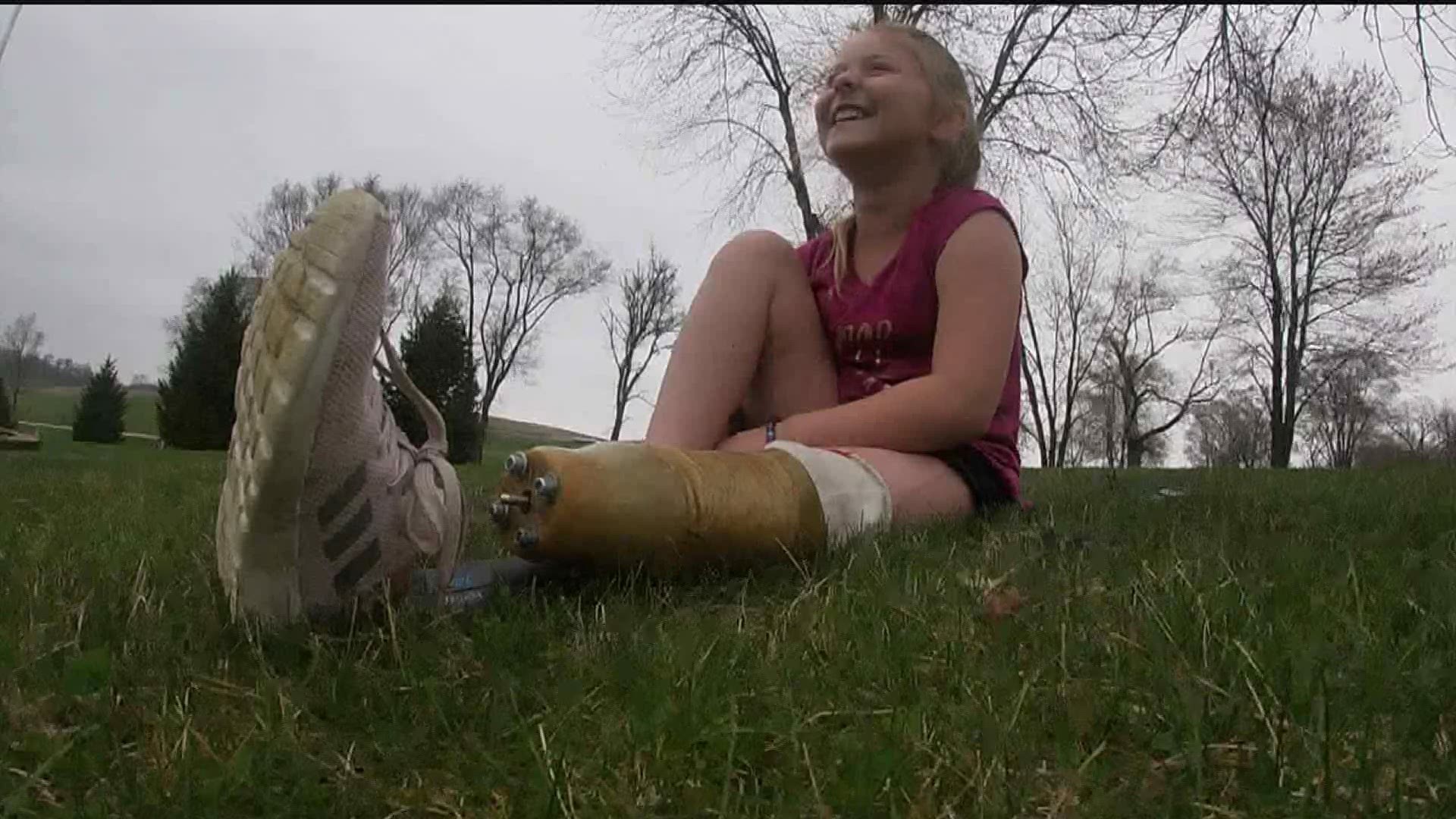 MAQUOKETA, Iowa — A little girl from Maquoketa has a message for you before you go out to mow your lawn this season. Meet 7-year-old Maizie Hosch who has faced more challenges in a year than some of us face our entire lives after her leg got run over by a lawnmower too close to the playground.

Nothing can slow down this flash of hot pink. 7-year-old Maizie Hosch's moped path and her busy schedule prove she's limitless.

She's active outside, she does musical theater, tumbling, and she's part of a competition dance team.

This month marks one year since happy go lucky Maizie was tested to her limits.

Last year around Memorial Day, Maizie went over to a neighbor's house to play. Chrissy knew something wasn't right when her daughter wasn't home by curfew. So she went looking for Maizie, and that's when she heard the screams. Chrissy then saw Maizie's neighbor friend running towards her.

"I said you have to stop and tell me what happened, and he said we ran Maizie over with a lawnmower," remembers Chrissy.

Maizie went down a playground slide, and a lawnmower cutting grass was too close to her landing.

"I was going down the slide so my leg slid under it," explains Maizie.

"When I got there, half her leg was gone and two toes on her other foot," says Chrissy.

During the absolute chaos and shock, there was one thing on this forward thinker's mind. She asked her mom one question.

"Am I going to be able to dance again? That's all she was worried about," says Chrissy.

Maizie lost her leg but never her determination. From the first days in the hospital, to her very first steps, it was clear Maizie would dance again. But no one imagined it would happen just months after the accident, no one, except for Maizie, that is.

Twisting, bending, flipping, Maizie is back doing gymnastics tricks and she's back on the competition stage doing what she loves with her prosthetic leg. She's moving forward with a message for others, especially during this time of year.

"Make sure your kids go inside before you start mowing, and make sure you keep your eyes on them so they can't get out," says Maizie.

"Just know your surroundings. It's the best way to do it," says Chrissy.

But with a positive outlook and some humor, Maizie is making the most of a life-changing accident.

"She calls us two leggers. She's a one legger," Chrissy says with a smile on her face. "Nothing's going to get her down."

There's nothing that can limit Maizie's path forward.

The next feat Maizie wants to cross of her list of accomplishments, running a 5K race all on her own.