Students would not have been evacuated from their dorm rooms if the smoke alarm didn't go off. Instead, they would've been told to shelter in place. 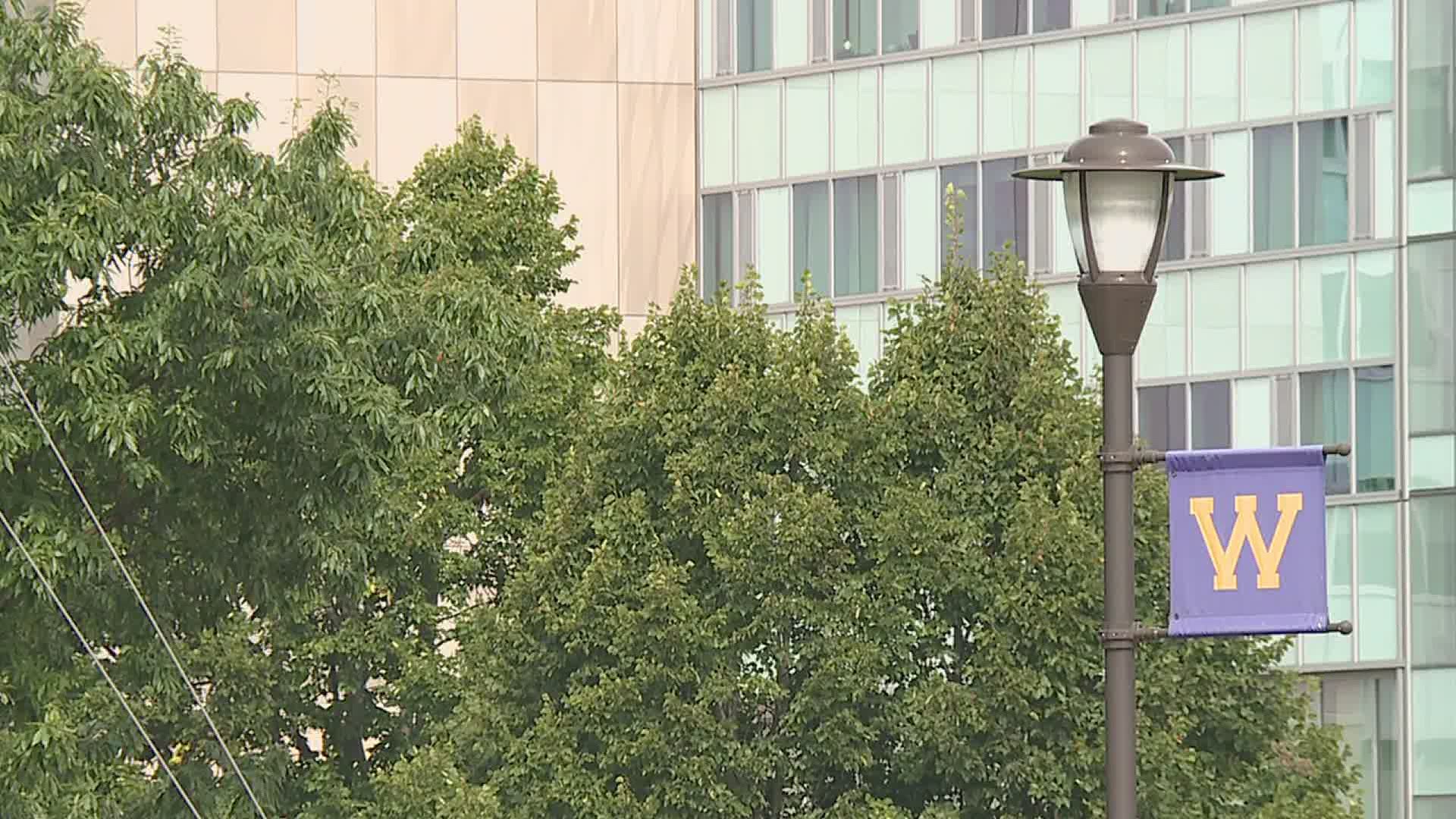 MACOMB, Illinois — Tuesday night's shooting in Thompson Hall at Western Illinois University created a unique situation for administration, as different emergency protocols had to be followed.

Since the smoke alarm went off right after the shooting, students were forced to evacuate their dorm rooms. Some students say they didn't realize the situation was more serious until they were outside.

"We thought it was a normal alarm like usual, but when we saw the cops pull up and having the full battle rattle, it was a different story," Sophomore Diego Garcia-Sanchez says. "That's when iI new it wasn't the alarm, it was something else."

If the smoke alarm hadn't gone off, administration officials say they instead would've used the university's emergency alert system to warn students about the shooting.

"Students would've been told to stay in the rooms and not leave until an 'All Clear' is received," Darcie Shinberger, Executive Director of Communications says.

Some students say they wish they weren't evacuated from their dorm rooms.

"We would've been more secure instead of all of us coming out at the same time as the shooter," Garcia-Sanchez says. "He probably came out with us."

"It was definitely unsafe," Junior Rajat Kapoor says. This is supposed to be the safest building around here... it was scary and surprising for everyone."

"It was really remarkable to see (the police) come together as a team," Sophomore Charlie Janes says. "I felt safer there with the police than another dorm. I felt that I was protected."

About 1,000 students were evacuated from Thompson Hall and were able to take shelter in Western Hall until about 3:30 A.M., when they were allowed back inside the residence hall. Campus police were stationed near Thompson Hall throughout the day, questioning people and drivers entering the building.

It is also university policy to close campus buildings and cancel classes in the event of an emergency.

"(Students) can go about their business," Shinberger says. "We are encouraging them to stay put (Wednesday) to keep people off campus and safely in their rooms."

Now that the suspect is in custody, classes will resume Thursday, September 17th. Campus buildings will stay closed through Wednesday and residence halls will remain locked through the weekend as a precaution.