The center was sold to Two Rivers YMCA who will be sharing the space with the Rock Island Public Library, in a space that's meant to promote full-body wellness. 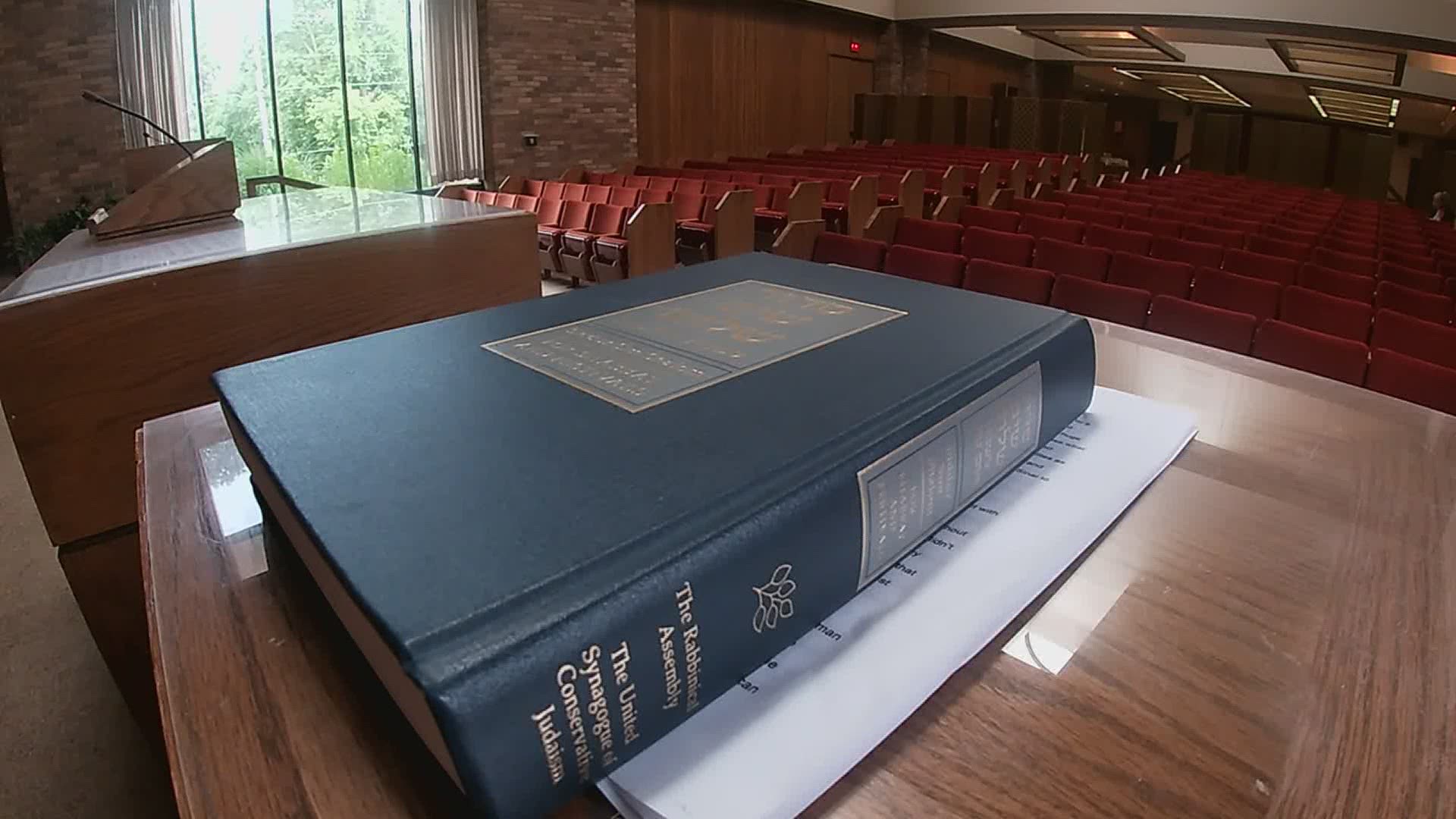 ROCK ISLAND, Ill — The Tri-City Jewish Center will soon be the home of a community center, housing both the Two Rivers YMCA and a branch of the Rock Island Public Library.

It's a venture that's been nearly three years in the making for the library and YMCA, who have long wanted to partner into a one-stop-shop community space. Now, after raising $7 million from over 165 private donors, the partners are turning to the community to help raise the final $800,000 needed to begin the project debt-free.

"The community of Rock Island has many, many needs that the YMCA and public library can help fill and this building project is just really the end result of a fantastic community initiative to raise the money and make it happen," said Mike Wennekamp, CEO of Two Rivers YMCA.

Construction is set to begin on the old Jewish center's renovations this fall, so the capital campaign fundraising the $800,000 hopes to have that donated by the end of the summer.

"This is a project that is going to be debt free and we're going to be able to sustain it for decades and generations to come," said Wennekamp. "We're at about 165-170 donors right now so that tells you it's a real community initiative because some projects go through with 50 or 75 donors. That makes things happen, but that doesn't necessarily mean the community is behind it."

The $7.8 million will be used for extensive renovations within the old Jewish center. Part of the building will be converted into wellness centers, locker rooms, a gym and a track, exercise spaces and more, while the other half will include lecture halls, computer rooms, a reading garden and plenty of books.

It's a partnership that's not uncommon throughout the country, and one that Wennekamp says benefits the entire community.

"It's like a one-stop-shop in Rock Island. We're not identical, but we do serve a lot of the same clientele and we're really excited to be able to bring this project to the community."

It's something Angela Campbell, Rock Island Library Director, says is a perfect partnership.

"If people go to the Y a lot they might not always go to the library and vice versa. We're hoping to attract new people to our locations and then have users at both. If you are healthy, your mind and body are more whole, so we're helping out with that."

Campbell says the space will be within walking distance of six Rock Island schools, as well as locate most of the city near one of their branches. She also notes that it will fill a gap left when the Rock Island Library closed one of its branches back in 2019.

"We want to make sure that generations after generations are using our services," she said. "With just the multitude of different things that we can offer between both organizations it's really going to hit almost everything anyone needs, with people of all ages."

Take a look at our colorful events this week, all part of our Reading Colors Your World summer at the Rock Island Public Library! #readingcolorsyourworldrockislandpubliclibrary #summerreading #summerfun

We may be almost halfway through the summer, but it's not too late to make it GREAT! Join us for summer camp any day...