Five-month-old Buddy got his leash tangled under a deck, and his owner called the fire department in desperation. 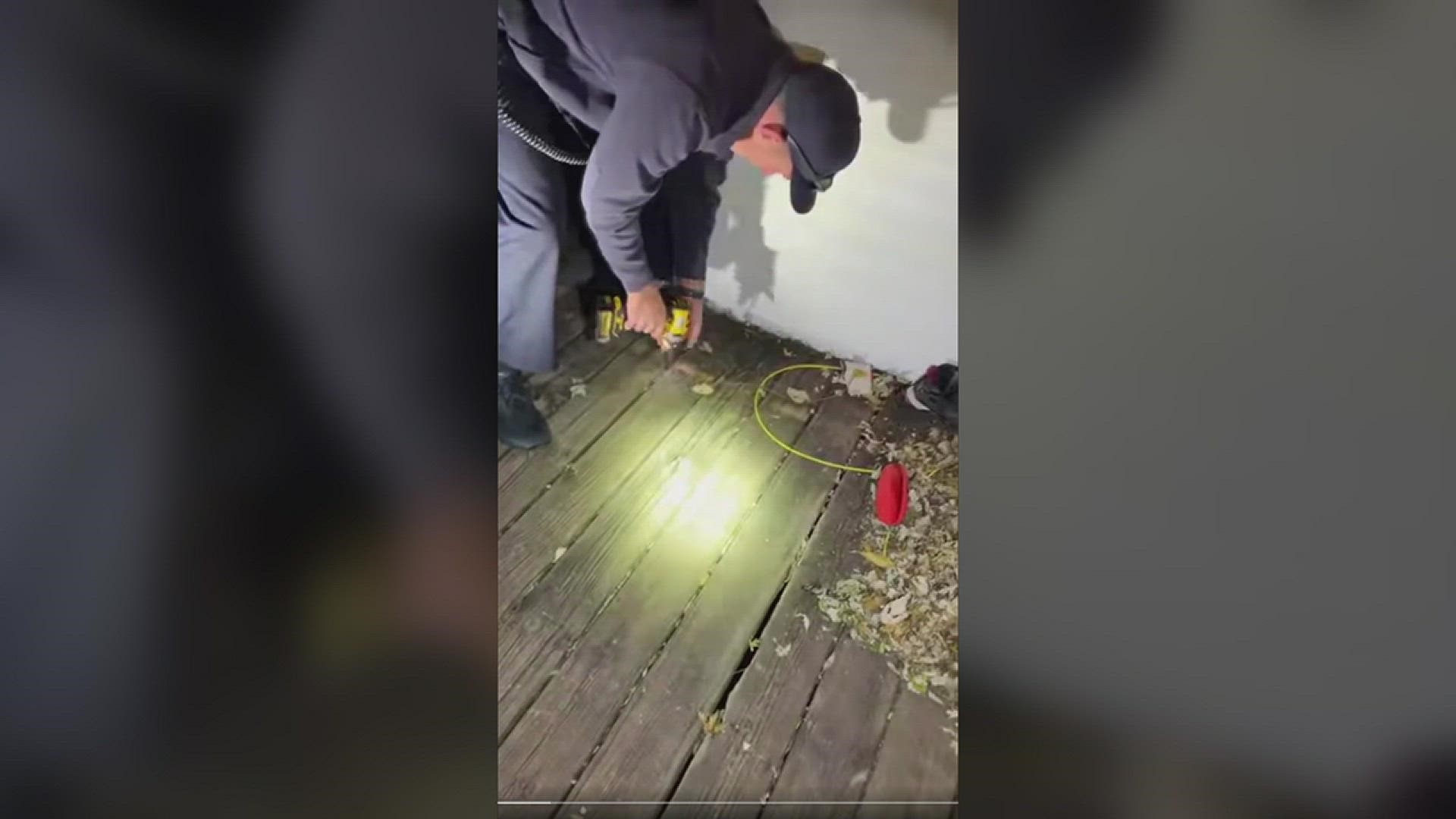 DAVENPORT, Iowa — One pup is sure thankful for the Davenport Fire Department.

Five-month-old Buddy, a poodle-pug mix, let his curiosity get the best of him and ended up getting his leash tangled under the deck at his owner's home on Tuesday, Nov. 23 in Davenport.

Fire Marshal Jim Morris said the owner called the department after the dog had been "crying for an hour," and she was unable to reach him.

So Davenport Fire's Truck 1 responded, bringing the right equipment with them.

There was no clearance under the deck for the responders to fit, so they decided to remove the boards of the deck from above. They only had to unscrew one board before Buddy popped his head up.

Morris reports that the owner was "super appreciative," and from the looks of it, so was Buddy!