"I just became a mom, you know, my life is just beginning and it could have very easily ended," 23-year-old Demitria Hartl says. 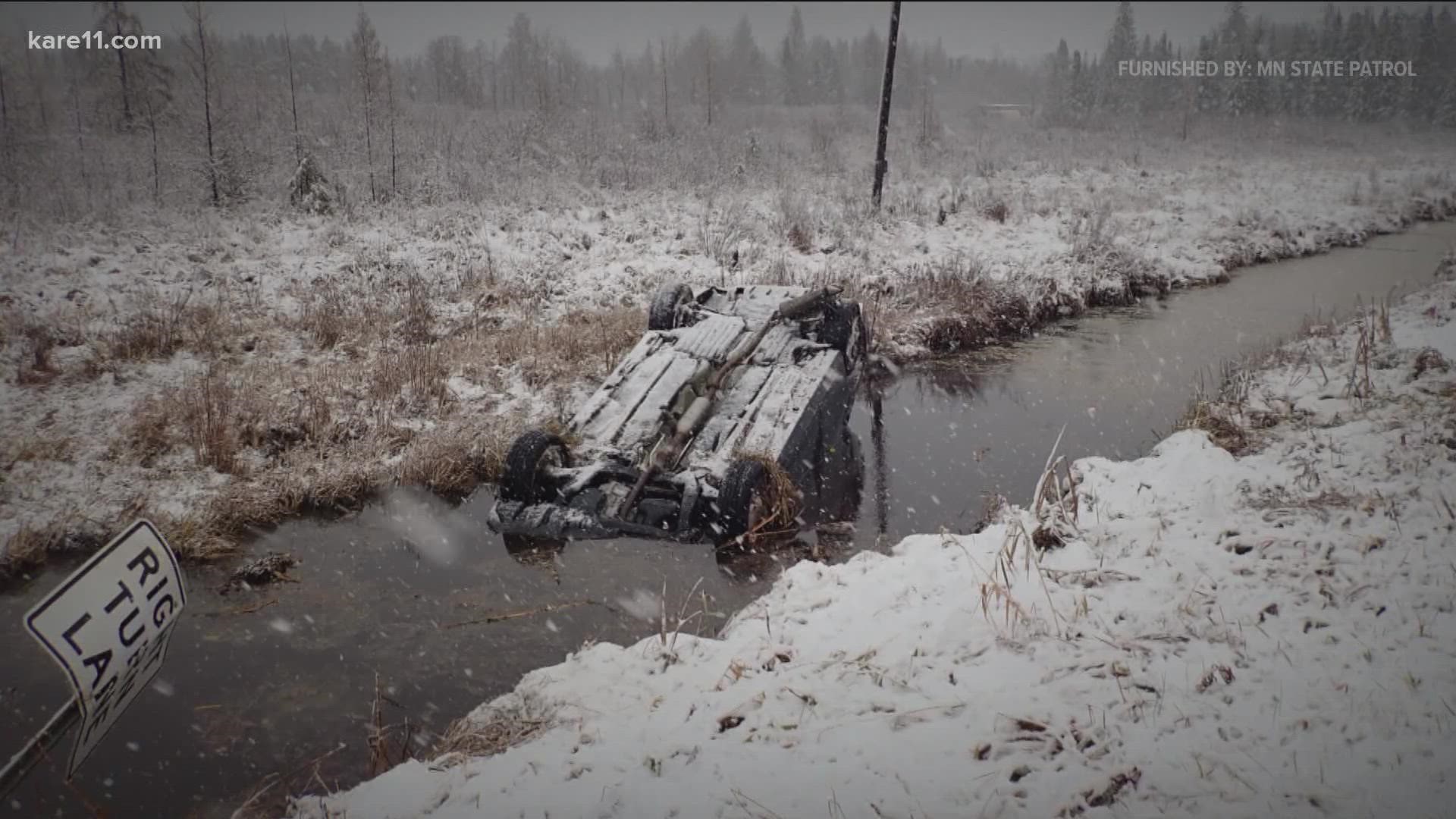 HIBBING, Minn. — Four linemen are being hailed as heroes after becoming a lifeline for 23-year-old Demitria Hartl.

"I was kind of just accepting that I was gonna end up having to be resuscitated," said Hartl.

Hartl was driving along Highway 37 outside of Hibbing Thursday, when she lost control of her car, trapping her upside down in a ditch filled with icy water.

"There was probably 4 or 5 feet of water in the ditch," said Tim Rasmusson, a crew chief lineman with Lake Country Power.

In an instant Hartl found herself in a race against time as the car slowly started sinking.

But for Rasmusson, and his linemen Matt Bade, Tyler McClellan and Cody Vredenburg, the timing couldn't have been better.

"We decided to drive about 8 miles down the road and have lunch," said Rasmusson. "We just happened to drive by and look over and we saw a car sinking down in the water."

"I crawled to the backseat and kind of was just looking at the windows and they were covered in water," said Hartl.

Running on adrenaline and manpower, Hartl says the four men were able to flip the car over on its side to make a last minute rescue.

"They saved my life," said Hartl.

A life which Hartl says is just beginning.

"We just got married. I just became a mom, you know, my life is just beginning and it could have very easily ended," said Hartl.

Two car seats were found in the car and Hartl says she's glad her kids were not with her at the time, as this incident could've been much worse.

Hartl says she was able to call for help and the paramedics showed up minutes after the linemen pulled her to safety.