"Jump In The Fire" pale ale is back, until supplies run out, at WAKE Brewing. One dollar from every pint sold, will go to the firefighters' annual MDA fundraiser. 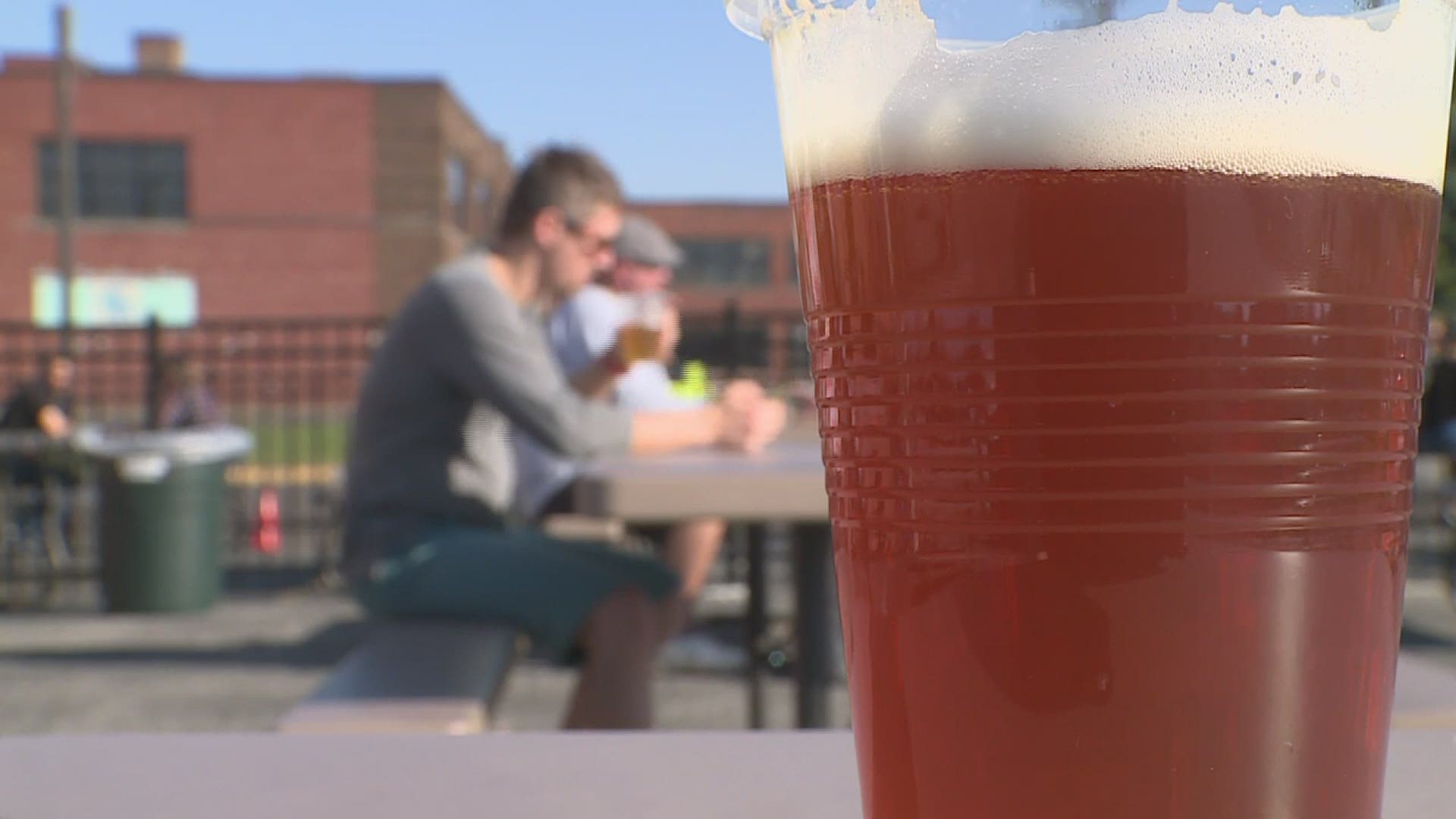 ROCK ISLAND, Ill — The specialty pale ale, "Jump In The Fire," is back, for a limited time at WAKE Brewing in Rock Island. One dollar from every pint sold will go to the Rock Island Fire Department's fundraiser for the Muscular Dystrophy Association (MDA).

For around a decade, the department has donated to the association, with all their raised money going back to local children and families for summer camps, research and medications. Muscular Dystrophy is a genetic condition that causes gradual weakening of the muscles. It generally starts to take hold with kids, and gets worse over time.

Typically, the firefighters and paramedics spend three to four days outside of grocery stores, and on street corners, for their 'Fill The Boot' campaigns. And in the past few years, they've also held a golf outing. Last year, the Rock Island department raised $25,000 for the MDA - the most they'd ever received.

But this year, they say the pandemic has wiped out their fundraising activities - leaving a virtual portal as their only option. As of this week, the department has only raised $540.

To the firefighters, it's an especially heartbreaking number considering all of the families who are struggling financially, as a result of the pandemic and recession.

"It's a bad feeling," said Mark Moore, a firefighter and paramedic with the Rock Island Department. "We promised these kids to help them do stuff and we're... we're short. I feel like we're letting them down, but with the pandemic and not being able to do our fundraising... it's tough."

Last year, WAKE Brewing held a one-day fundraiser for the department. But as brewer Scott Welch said, that wasn't enough this time around.

"With everything going on, it's difficult for them to raise fund, so hopefully this will help," he said.

RELATED: Toys for Tots 2020: How to receive and donate gifts

Earlier this month, the brewery made seven barrels of "Jump In The Fire," or about 210 gallons. They say they'll continue to donate the dollar-per-pint back to the fire department until the entire batch is gone.

As Welch said, the brewery has been struggling with months of shutdowns and restrictions. But there was never a moment where they considered postponing or cancelling this year's pale-ale-fundraiser.

"Times are tough for everybody. We'll make it through this and be better off after this is all done," he remarked. "By having this little brewery here in Rock Island, it's just something that we feel that we should do, as a community, to try to help. It's about helping people in need."

The beer is a 5% American Pale Ale, that Welch says balances malts, hops and bitterness to create an easy drinking beer that, "hopefully you can enjoy in the cold months."

Moore, who admits he's normally an IPA-guy, said the drink has good flavor, good finish, and is, in his opinion, better than the batch brewed last year.

WAKE Brewing says you can stop by for a taste, as long as they're open and supplies remain. A glass is $5, or a pack of four cans is $18.

You can click here, to donate directly to the Rock Island Firefighter's MDA campaign.