"It’s our duty and responsibility to protect the integrity of every election," the governor said in a statement. 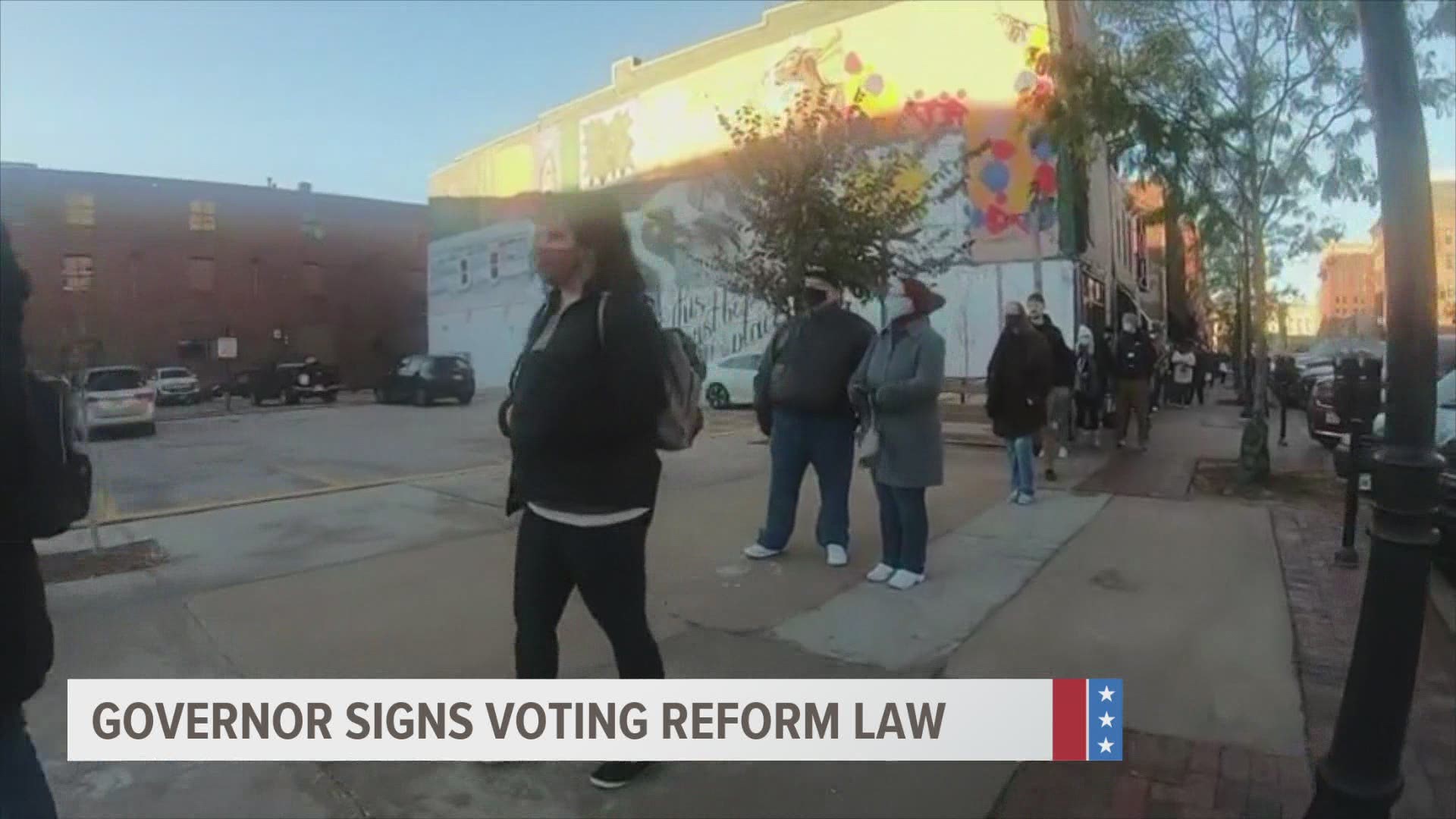 The new law limits the number of days to vote early in Iowa's elections and criminalizes certain actions of county auditors, among other things.

Similar moves have been made in Georgia.

Iowa lawmakers said early voting must be reined in because of the potential for fraud, even after a secure 2020 election.

The bill was fast-tracked in both chambers at the statehouse last month.

Republicans control both the House and Senate, so despite objections by Democrats and a prolonged debate in the chambers, the bill made its way to the governor's desk in a short amount of time.

A fiscal notice published by the Iowa Legislative Services Agency (LSA) lists all of the changes made by the bill, which include:

"It’s our duty and responsibility to protect the integrity of every election. This legislation strengthens uniformity by providing Iowa’s election officials with consistent parameters for Election Day, absentee voting, database maintenance, as well as a clear appeals process for local county auditors. All of these additional steps promote more transparency and accountability, giving Iowans even greater confidence to cast their ballot.”

RELATED: What does 'funnel week' mean in the Iowa Legislature?