Johnston voted on two measures related to how the school district can spend tax revenue, while Mitchellville voted against $1.5M in bonds for a new fire station. 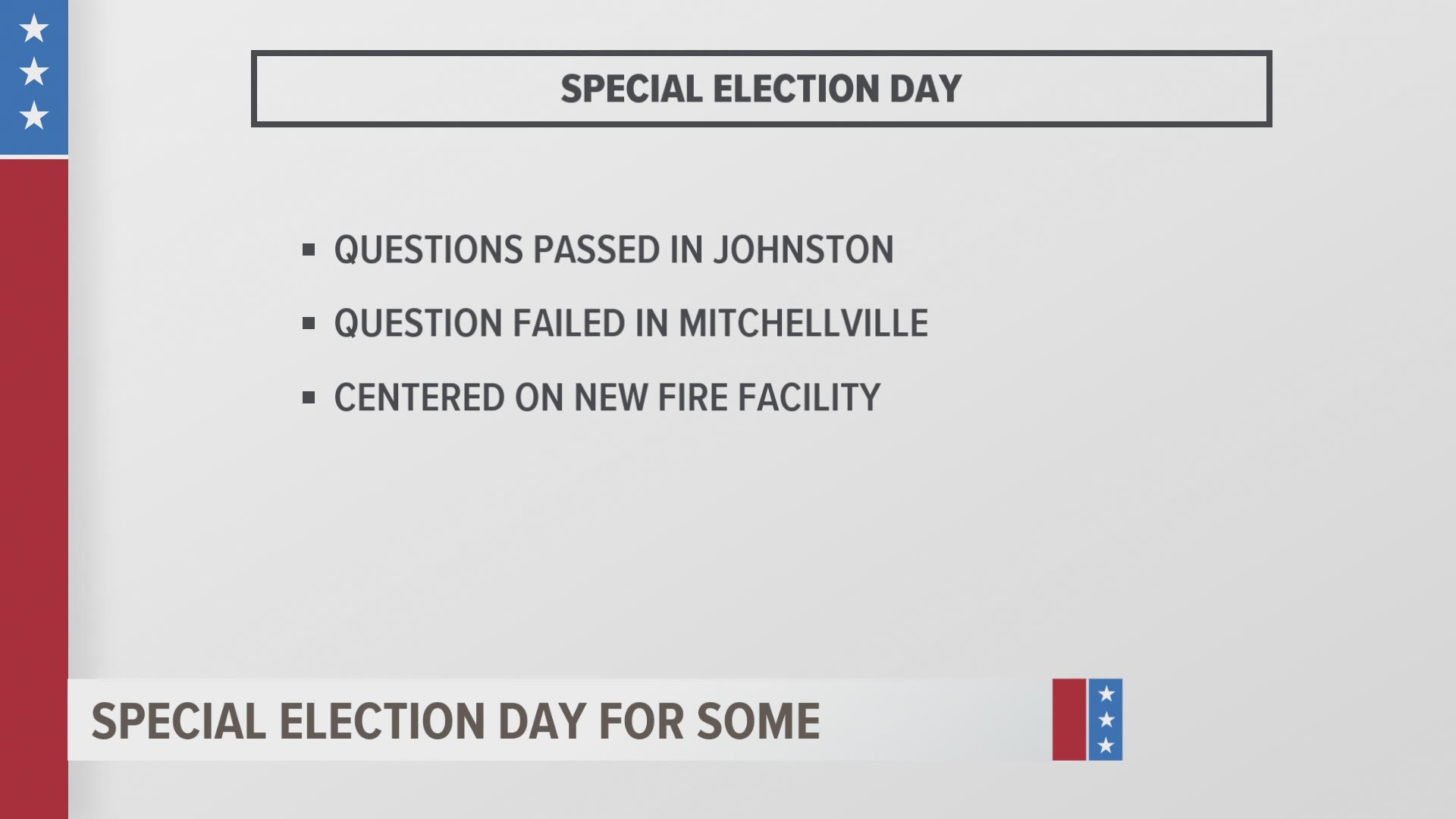 In Johnston, voters passed two measures: the first is an update to how the district can spend tax revenue meant for capital improvement projects (88% "yes"), and the second keeps a levy in place for another decade (82% "yes").

Ankeny voters approved an update to how the district can use a penny tax revenue with a "yes' vote of 88.3%.

Pam Pepper was elected as Indianola Mayor over Stephani Erickson, 678-to-670.