The correctional facility offers courses like manufacturing, math, and computer courses to help inmates for life outside of prison. 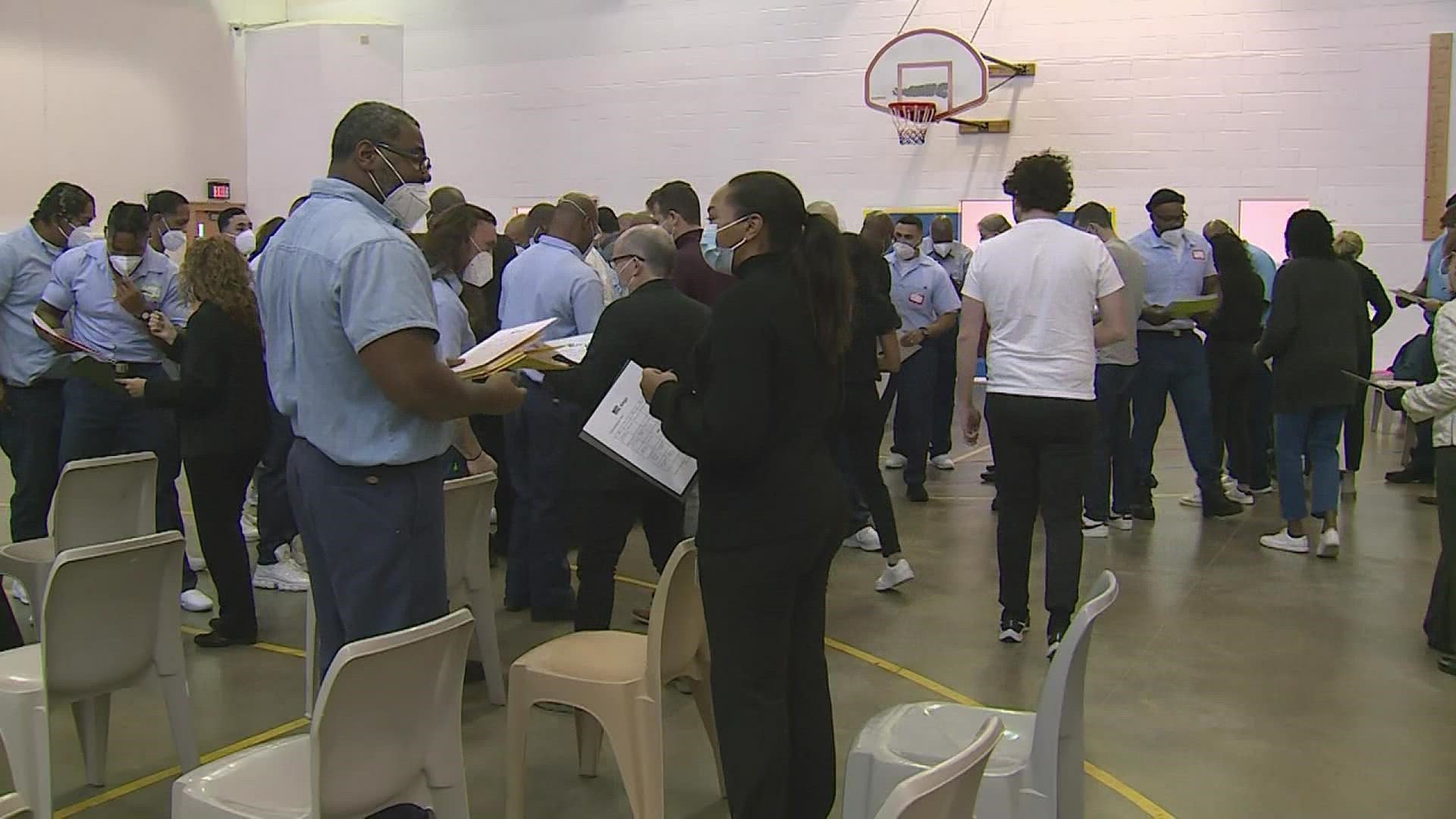 KEWANEE, Ill. — The Kewanee Life Skills Re-Entry Center currently has 143 inmates who are learning both life and career skills to help them prepare for life after prison.

The men can apply to enter the facility right around the mark of three-years left of their sentence, according to the assistant warden of operations James Carothers. He said it's required that they have no disciplinary action in the past 24 months and they have to write a dissertation about why they want to come to Kewanee.

The center offers several different classes that would be a high school equivalency or adult basic education, such as math or learning computer programs like Microsoft.

The Microsoft class is inmate Luis Diaz's favorite. He's been incarcerated for 22 and a half years, and has been at the Kewanee facility since May 2021.

"Computers weren't even a thing like that when I was out, so learning the basics was awesome. Like, amazing," Diaz said. "I feel like it's gonna be beneficial when I get out."

"I'm incarcerated for murder," Diaz said. "I was a 16-year-old kid when I was out there and ended up getting involved in with the wrong crowd on the streets, with gangs."

He's set to be released in 18 months and is hoping to get a job as a carpenter.

"That kid 22 and a half years back then, you know, I didn't know what I wanted to do. I was trying to be somebody that I wasn't," he said. "Coming to prison made me realize what life is about, the important things in life and to appreciate even the smallest things: going to work, having an honest life, providing for your family, being a person of integrity. These are all things I had to learn the hard way, but I've learned and at Kewanee we just get to polish them."

The center also offers vocational and manufacturing programs. A new Caterpillar excavation simulator class is going to begin later this month, Carothers said. Inmates also receive help working on their resumes or interviewing for jobs, or can take classes in financial literacy.

"They need to have a place to be able to go and be accepted, they need the skills to be able to do so," Carothers said. "I would like to think that Kewanee is the place where that's going to happen."

Since the facility opened in February 2017, previously it was the juvenile center, Carothers has seen the program grow and has watched many inmates go on to get jobs. He said many are working in the manufacturing sector or some even just got hired by the city of Kewanee.

"It truly is a journey for both the staff and the individuals, and it's just a humbling thing," he said. "It's a gratifying thing that myself and all my staff are able to feel."

"We are hearing from the manufacturing industry and so many industries that they are looking for people to fill these positions, and they don't have enough," Lt. Gov. Stratton said. "There's an opportunity right here at the Kewanee Life Skills Re-Entry Center to also offer the opportunity to gain some really much needed job skills so that they can also be placed in positions and be successful as they return to their communities."

Lt. Gov. Stratton said she was impressed with the "enthusiasm and motivation" of the men, as well as their commitment to learning.

"That's really important to recognize that people deserve a second chance, they need support, so that when those second chances are given that they have the opportunities to be successful," she said. "That's something that we're working on and transforming our justice system to recognize that we need to keep more people out on the front end, but for those who are in, they need support when they go back home."

The Kewanee Life Skills Re-Entry Center is one of the 18 Illinois Department of Corrections facilities participating in the new program to give state IDs to newly released prisoners. As of October 2021, 346 state ID cards have been processed, and the program is expected to serve 27 IDOC facilities by April 2022.

"A state ID is really like a passport, it's a way to get access to jobs, to healthcare, to education, to housing," Lt. Gov. Stratton said. "Too many people were leaving our Department of Corrections without just that one small card that could give them access to so many opportunities."

The Kewanee Life Skills Re-Entry Center has room to grow and could potential house upwards of 600 people, according to Carothers.