Quad City Arts canceled the 35th annual event "due to uncertainty and concern for the safety of our volunteers, staff and community as a whole..." 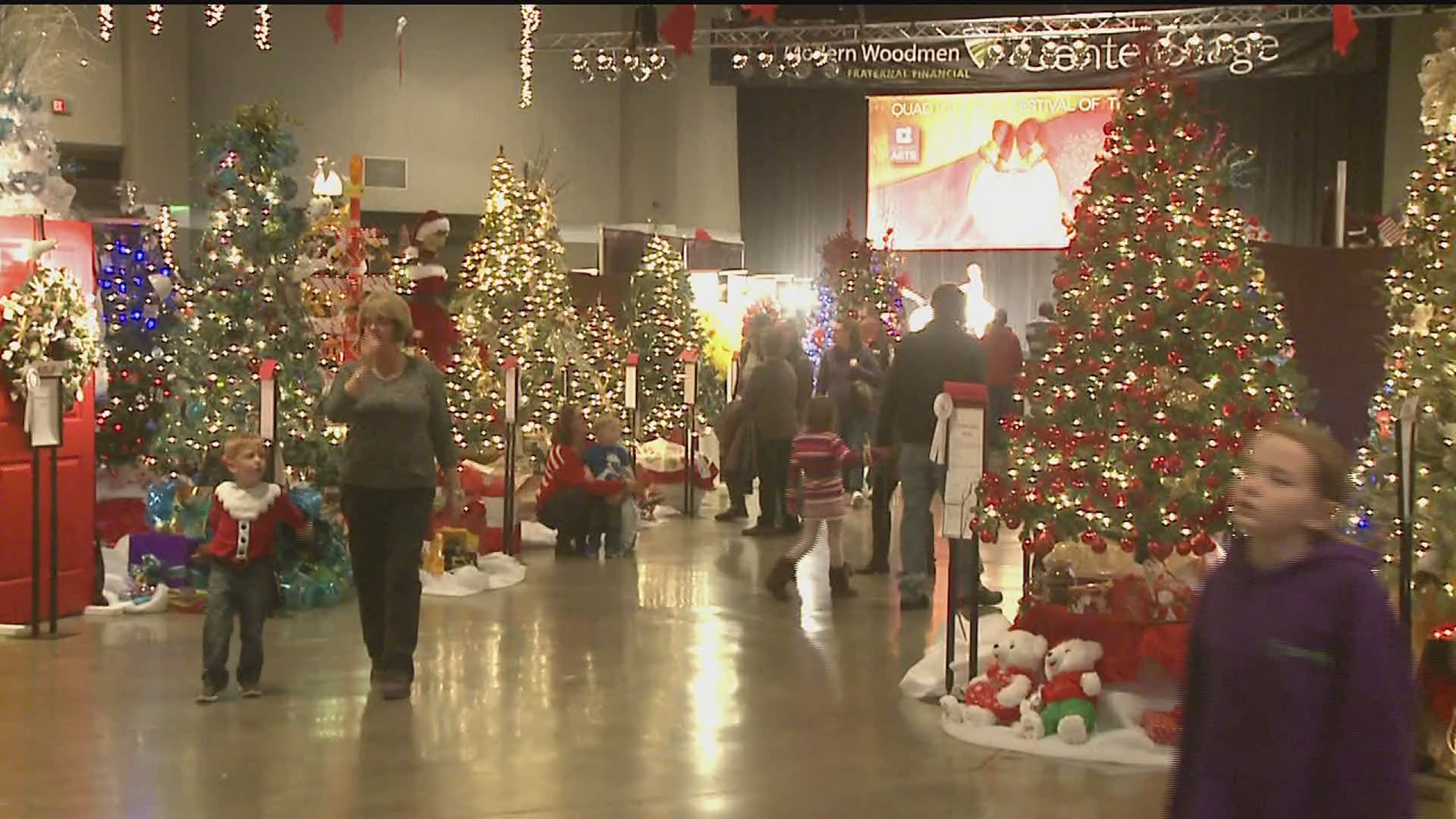 DAVENPORT, Iowa — The Festival of Trees parade and special events were canceled due to the coronavirus pandemic.

"Without it this year, there's definitely going to be a void," Quad City Arts Executive Director Kevin Maynard says. "It was a sad decision to come to and a difficult one for us to fully embrace."

Quad City Arts canceled the 35th annual event "due to uncertainty and concern for the safety of our volunteers, staff and community as a whole regarding the COVID-19 pandemic," the nonprofit organization said in a statement.

The annual events bring thousands of people to the Quad Cities every year.

"Once we started putting that together and trying figure out how to do that in a safe and socially distant environment, it just didn't make sense," Maynard says.

Maynard says the organization canceled the event now because tree designers usually start their work in the summer.

"If we waited any longer, (designers) would've already been in that process and we would essentially have had to had told them that all of the hard work they put in was not going to be used this year," he says.

Quad City Arts said there will instead be a fundraising event held on Nov. 21, 2020.

"It will be a full day of crowd-funding and a televised special," Kaleigh Trammell says. "(We're) inviting the people in the Quad Cities to give back and reminisce on all of the family memories people have about Festival of Trees."

Because even though this year's events are changing, the Quad City Arts still needs community support for its other year-round programs.

"The impact of not having Festival of Trees this year on Quad City Arts is potentially a reduction of programming in 2021 and beyond," Maynard says.

The Festival of Trees 2020 theme 'Believe' was chosen in January, "not knowing what the next several months had in store, but we are invested in continuing to believe in the mission of Festival of Trees as a community event and fundraiser for Quad City Arts."

Festival of Trees started in 1986 to raise funds for the Visiting Artist Series.

RELATED: Why this tree was pulled from the Festival of Trees competition in Davenport