Window narrows to plant corn, could impact price tags at the grocery store

“And there’s nothing I can do. I’m just powerless. I just have to wait for mother nature to cooperate.” 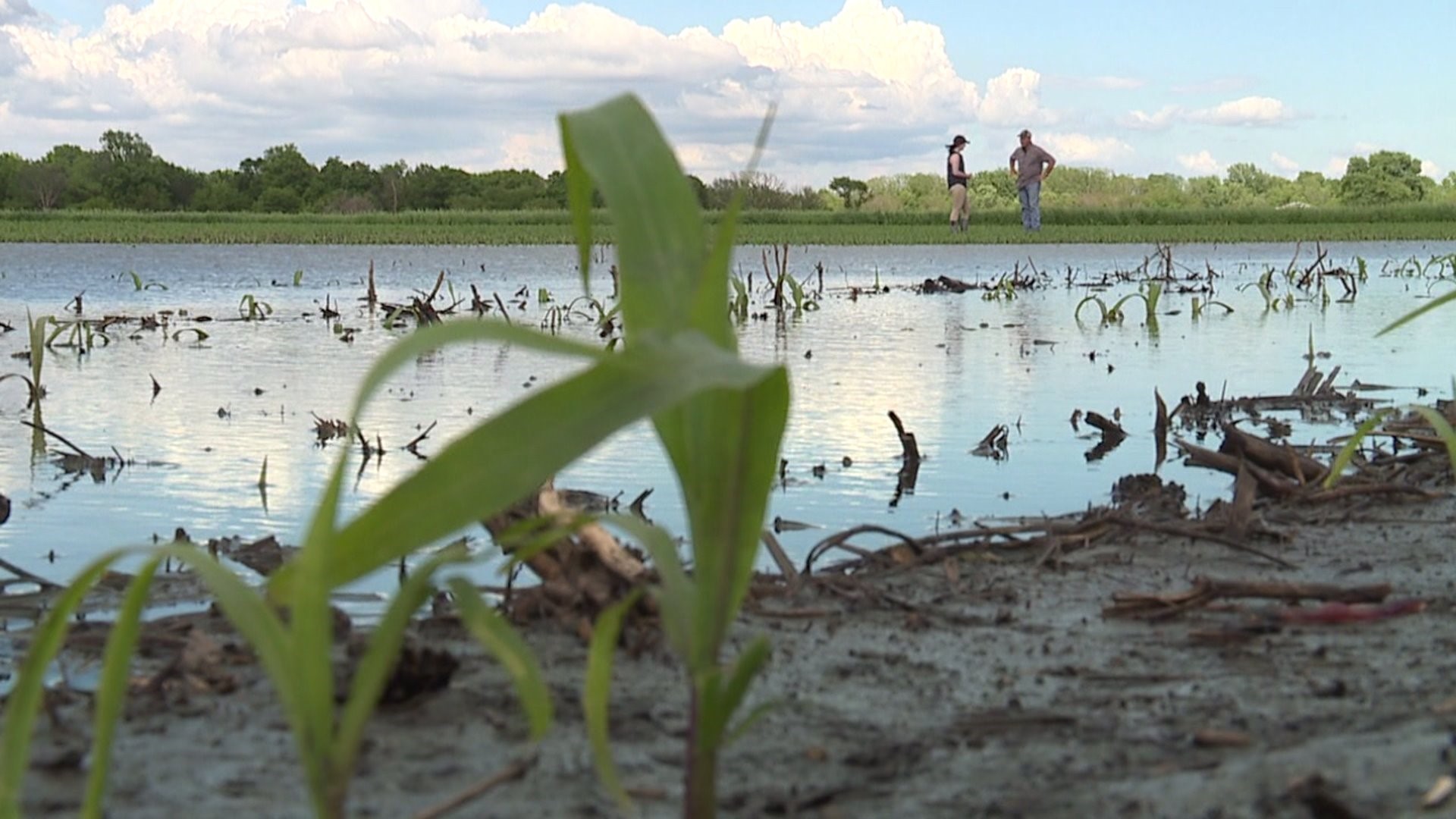 EDGINGTON, Illinois-- Farmers in Iowa and Illinois are starting to run out of time to plant corn. The growing season has already been shortened by flooding and heavy rains, keeping farmers out of their fields.

Phil Fuhr, whose farm is just outside Edgington, Illinois, says he's gotten about 80 acres of corn planted this year. He has thousands more sitting empty.

"I was fortunate to get this farm planted just before Easter," he says walking through his muddy field. "We had a short, dry window."

The corn is only a few inches tall when normally Fuhr says it would be closer to knee high this time of year. Several parts of the field are also flooded, submerging corns stalkers underwater. Fuhr says he'll likely lose those yields.

"It's been under a lot of stress since it has been planted," he says. "Too much water."

As for his empty fields, he says he needs at least a week to dry out before he could plant.

"I still have a lot of farms that I haven't planted yet," Fuhr says. "And there's nothing I can do. I'm just powerless. I just have to wait for mother nature to cooperate."

"As we move into mid-June, we'll start switching to earlier varieties (of corn) because we're running out of growing season," he says.

Jackson says farmers could have to change to corn that grows in a shorter amount of time. Or they could have to turn to soybeans altogether. Crop insurance is the last resort for many, which would help them get by until next year.

"It is getting really late," Fuhr says. "And it's hard to raise a good crop when you're planting in June."

According to the USDA, only 35 percent of corn has been planted so far in Illinois. This same time last year, nearly all of it was already in the ground.

And Fuhr says this could all impact grocery prices for products made from corn starch, corn syrup or corn-fed animals.

"If we stay in this scenario, it'll definitely drive up prices for anything that's corn-based," he says.

But Fuhr says even though this has been his toughest year yet, he's not giving up.

"We'll keep going. This is just another year. It'll work out," he says.