Local Mother Told She Could Not Breastfeed at YMCA Pool

A local mom says she was told she could not breastfeed in a public place. 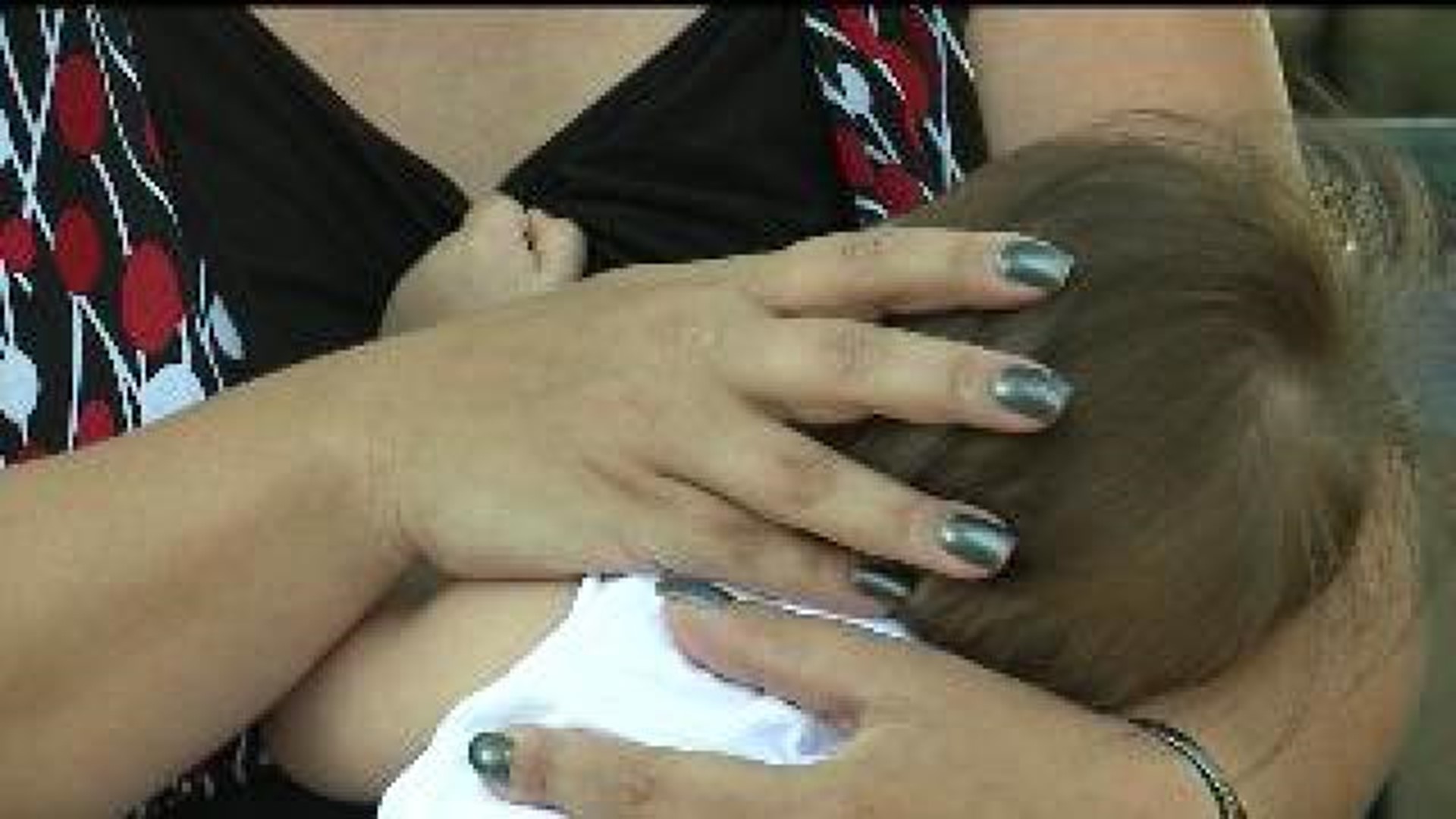 Quad City Mom, Nicole (who asked News 8 not to use her last name), says she was told she couldn't breastfeed in a public place.

On Wednesday, September 11th, 2013, Nicole says she and her family were participating in the "family swim" at the Two Rivers YMCA in Moline when she got out of the pool to breastfeed her 7-1/2-month-old daughter. Shortly after finishing, she says a male lifeguard approached her.

"He said, 'You can't do that here, but if you want to feed her you can go into the restroom over here and I will watch your kids for you,' and I thought, 'I'm not going to take her into the bathroom and feed her, because I don't even eat in the bathroom.'"

Nicole says she found a manager, who said he wasn't sure of the Y's policy.  However, Nicole says she has breastfed at the Two Rivers YMCA before and "never had anybody say anything to me so this was really awkward."

State law in both Illinois and Iowa says a mother can breastfeed in any public place where she is otherwise authorized to be.

Afterwards, Director of Brand Engagement Wendy Bonilla, told News 8's Angie Sharp, "We have set aside facilities specifically for nursing mothers and encourage them to use them as we try to take into consideration the comfort of all our guests. It is not our intent to violate the law."

However, for other mothers like Jessica Houk from Davenport, the situation was a violation.

Houk says she has been approached a couple times while breastfeeding. The most recent instance was at NorthPark Mall a couple months ago.

"Society in general has over-sexualized breasts," says Jessica. "My issue in the mall happened just a few stores down from Victoria's Secret, where you have these monster sized breasts in the window, so it really is a double standard that woman are subjected to."

Houk says the Quad Cities Breastfeeding Coalition got involved and, since the incident, the mall administration and security team has been trained on the laws. She hopes the same thing happens with the Two Rivers YMCA.

"I'm not going to avoid living my life because I have a baby to feed. I'm not going to give my child formula just so I have the convenience of leaving my house.  I have every right just like every other mother to feed my baby and until people are coming up harassing moms with a bottle, I don't expect to be harassed either," Houk said.

"I do really like the YMCA," says Nicole. "This is an opportunity for everybody to be educated and for women to feel comfortable enough to know what their right is in public when feeding their child."

Nicole says she met with Randy Groff, COO of Two Rivers YMCA on Thursday afternoon to discuss the incident. She said he told her they will not tell her "or another mother where, when, or how to nurse again."

Meanwhile, Bonilla said on Thursday the Two Rivers YMCA was waiting for clarity on the issue from the YMCA of the USA and, depending on what they say, they may institute a policy change. Later in the day, Bonilla told News 8 - "We have changed our policy to confirm with the law."