In the videos, officers who were responding to an armed robbery call, stops 19-year-old De’Von Bailey and another man asking them about the robbery. 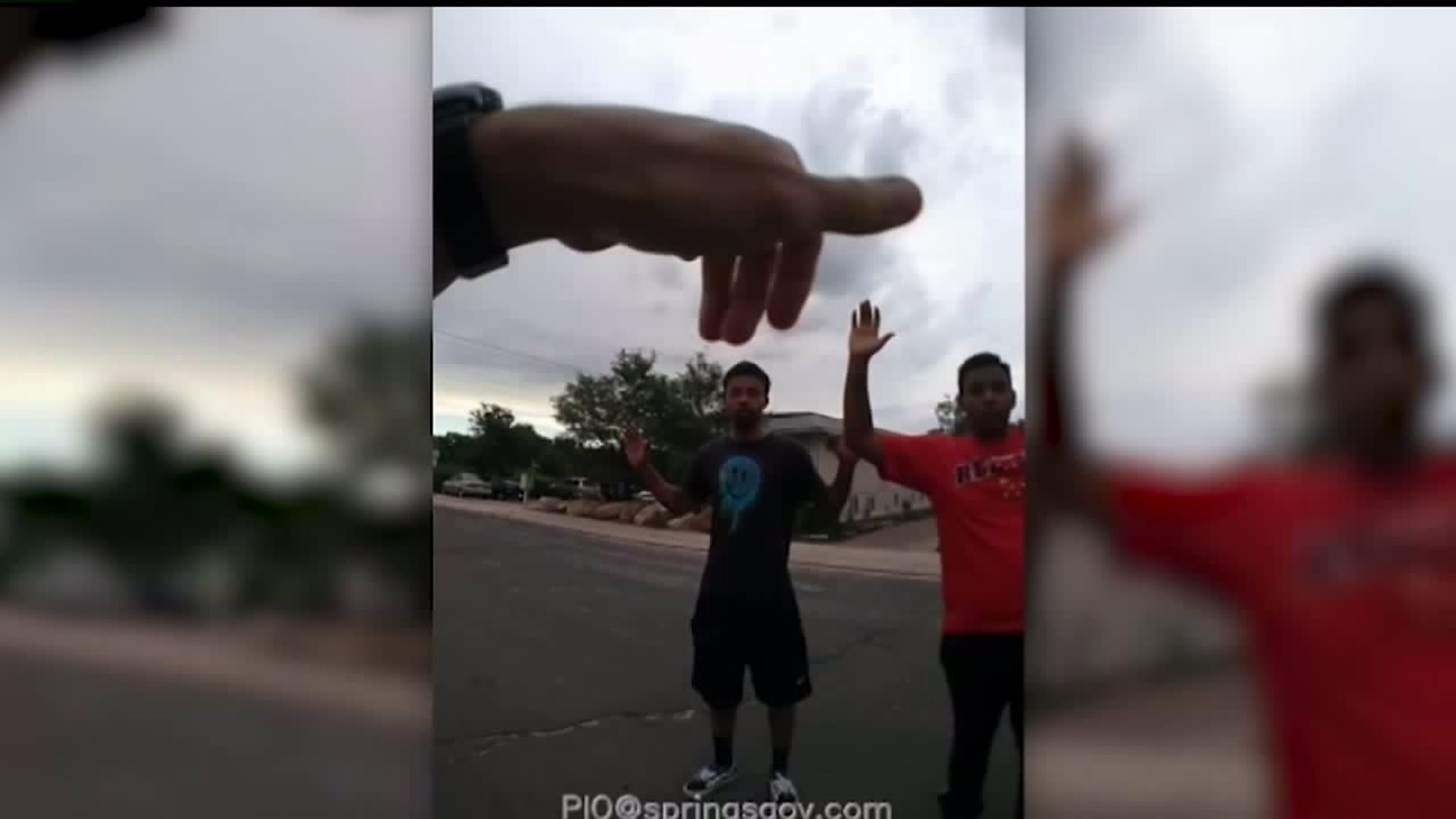 (CNN) -- The attorney for the family of a man shot in the back and killed by police in Colorado Springs, Colorado, is calling for an independent investigation into the shooting.

At a press conference Thursday, Killmer said he doubts that the investigating authority, the El Paso County Sheriff's Office, will conduct a proper review because of its "friendly" relationship with the police department. He's asking for the Colorado Bureau of Investigation and the state's attorney general's office to step in.

The sheriff's office also said Thursday that it had finished its probe of the August 3 shooting and turned its findings over to the district attorney's office.

State law stipulates that a request for a Colorado Bureau of Investigation review must come from the CEO of a public safety organization, such as a sheriff or district attorney.

CNN has reached out to the police department and the state attorney's office for comment.

The officers, named by the police department as Sgt. Alan Van't Land and Officer Blake Evenson, were responding to a 911 call reporting an armed street robbery. The caller reported that two black men, one with a gun, had hit him and taken his wallet. The two were on foot and probably still at the same spot, the caller said. Land and Evenson did not respond Thursday to CNN requests for comment.

In the videos, one of the officers stops Bailey and another man as they're walking in that area. He asks them about the robbery, tells them to put their hands up, and says the officers are going to search them for a gun.

A second officer approaches them, and Bailey starts running. Yelling "Hands up, hands up," the officers shoot at Bailey. Bailey falls and is seen bleeding from wounds in his back.

The officers call for medical help. Searching Bailey, who can be heard moaning in the video, the officers find a gun and cut his pants off to secure the weapon.

Bailey died at a local hospital, the El Paso County Sheriff's Office said in a release.

Killmer's office said in a statement that the video shows that Bailey wasn't a threat to the officers and "there is not a shred of evidence that De'Von presented an imminent threat."

"The family is devastated at having seen this evidence of the wholly unjustified killing of their beloved family member," the statement said.

The Fourth Judicial District Attorney's Office said Thursday it had received the preliminary report from the sheriff's office.

"Our office takes Officer-Involved Shooting investigations very seriously, and we are committed to a thorough, fair and neutral review, which may include follow-up interviews, additional testing, and further analysis and examination of the evidence," the office said in a statement.

The investigation may take up to 120 days to complete, the office said.

Bailey was shot three times in the back and once in the right elbow, according to a copy of the El Paso County Coroner's report released by the family's attorney.

Van't Land has been with the Colorado Springs Police Department since 2008, and Evenson since 2012, the department said.