This year, the fire department says, is a “spacial remembrance for the family and friends of Lt. Eric Hosette of the Clinton Fire Department.” 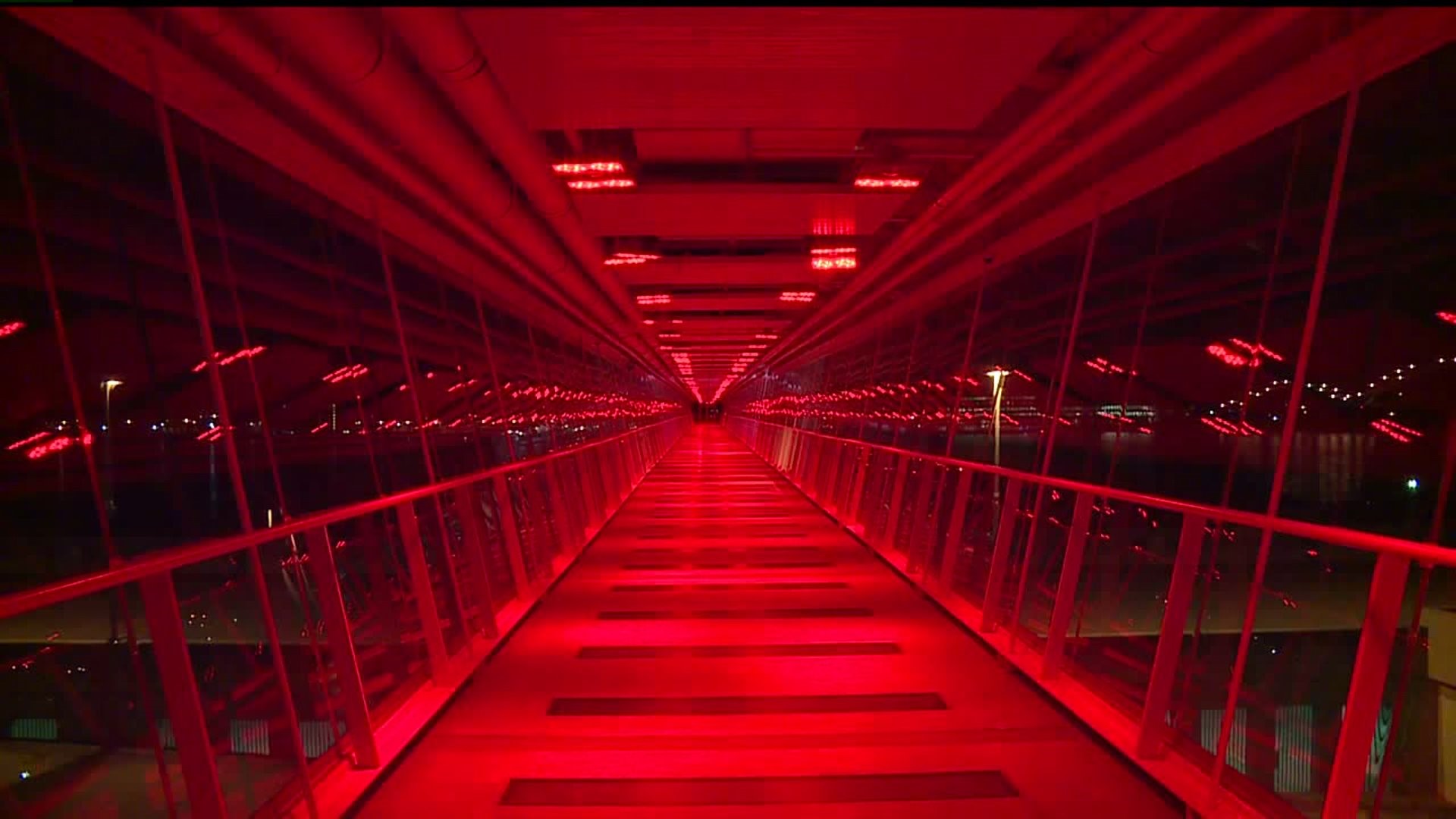 DAVENPORT, Iowa - The Davenport Skybridge was glowing the color red on October 4 and will remain that way through the weekend as part of the National Fallen Firefighters Memorial Weekend.

The memorial weekend happens every October, and is sponsored by the National Fallen Firefighters Foundation.

This weekend is the official national tribute to firefighters who died in the line of duty during the previous year.

Landmarks across the country will light up red to, "light the night for fallen firefighters," according to the Davenport Fire Department.

On Facebook, the department wrote, "Our thoughts will be with all of the families of these firefighters, who have made the ultimate sacrifice and a spacial remembrance for the family and friends of Lt. Eric Hosette of the Clinton Fire Department."

Hosette died in January after battling a fire in Clinton, Iowa.