Dorothy and Bob Witt have been stranded in their third-floor condo for months with no way out at 90 years old. 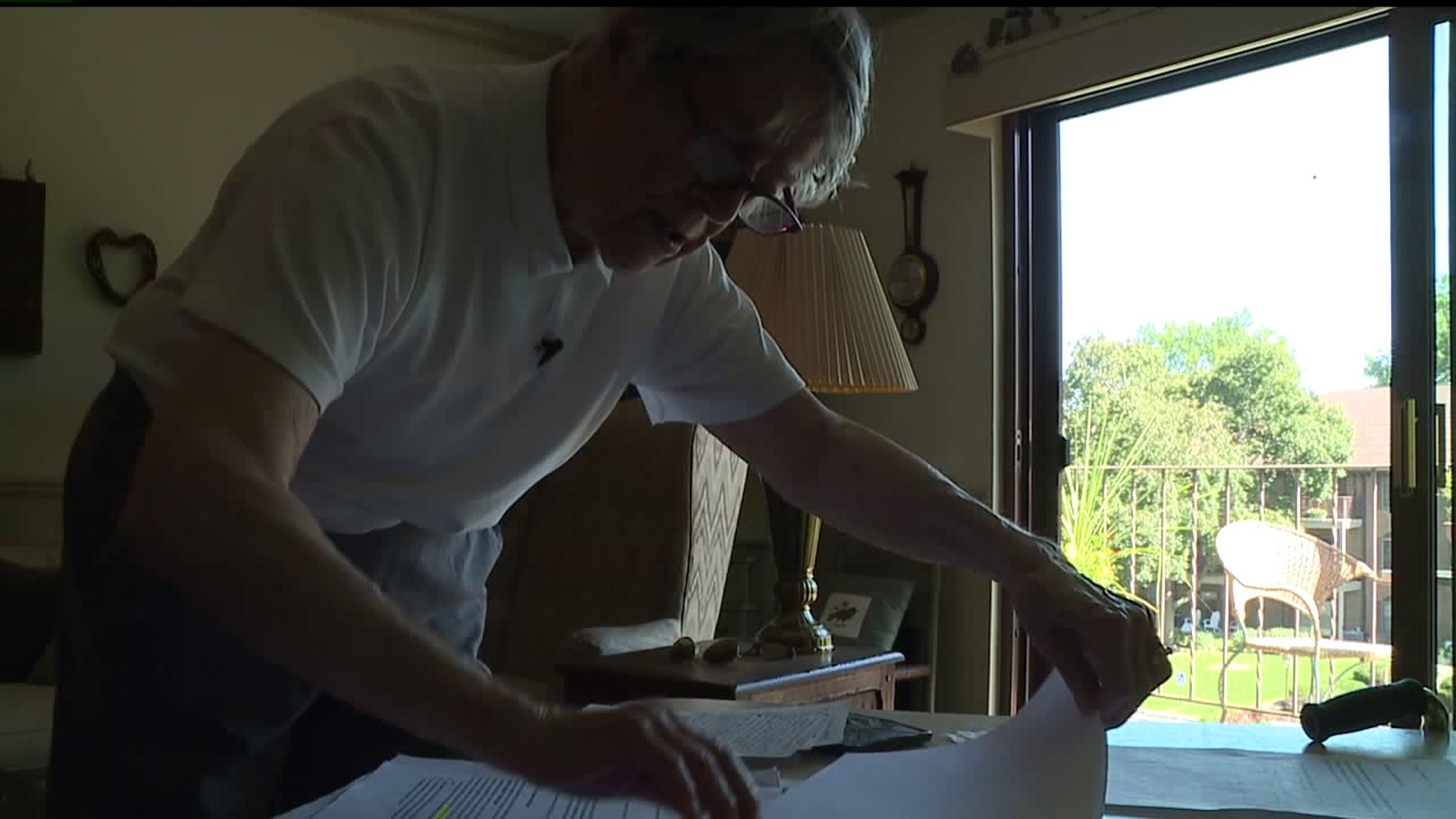 BETTENDORF, Iowa – An elderly couple living at the Georgian Square condominium association complex says they feel trapped in their building after the elevator broke down.

Dorothy Witt is 90 years old and takes the stairs when she must but walking up them is a struggle.

The elevator in the complex she lives in has been broken since July 10th.

“I think it was July 10th when there was a note on the elevator door saying the elevator is out of service for an “indefinite” period,” says Dorothy.

The building manager told residents the elevator would be repaired in three weeks from July 10th if no problems occurred.

“That was going to be an annoyance, but we could get through a couple weeks,” says Betsy Helmich, Dorothy’s daughter who has been delivering her parents' groceries since the elevator broke down. “The problem is the carrot just keeps getting dragged back and back and back.”

Bob only left the condominium once for an emergency.  Since then he hasn’t been able to go to countless doctor appointments.

“I’ve had an ear infection for a week now and I should be seeing a doctor,” says Bob.

The building manager has also cut off communication with his residents after he sent a note to residents saying:“Do not call Jeff Jacks with your complaints.”

Until Dorothy and Bob hear some answers their only option is to stay.

“His (Bob's) birthday was September 3rd – he turned 91,” says Dorothy. “Our 70th wedding anniversary we couldn’t get out to go to dinner or celebrate or anything.”

News 8 called the building manager on Tuesday.  He declined to comment and wouldn’t admit how long the elevator has needed repair.  When News 8’s Marissa Sulek ran into him after talking with Dorothy and Bob he still declined to comment, but he said repairs are underway – it’s a long process with lots of companies involved.

When News 8 called Kone they declined to comment and deferred all calls to the building manager.

The last update residents received was on September 5th.  They were told work would begin by the end of the month and would take five days to complete.