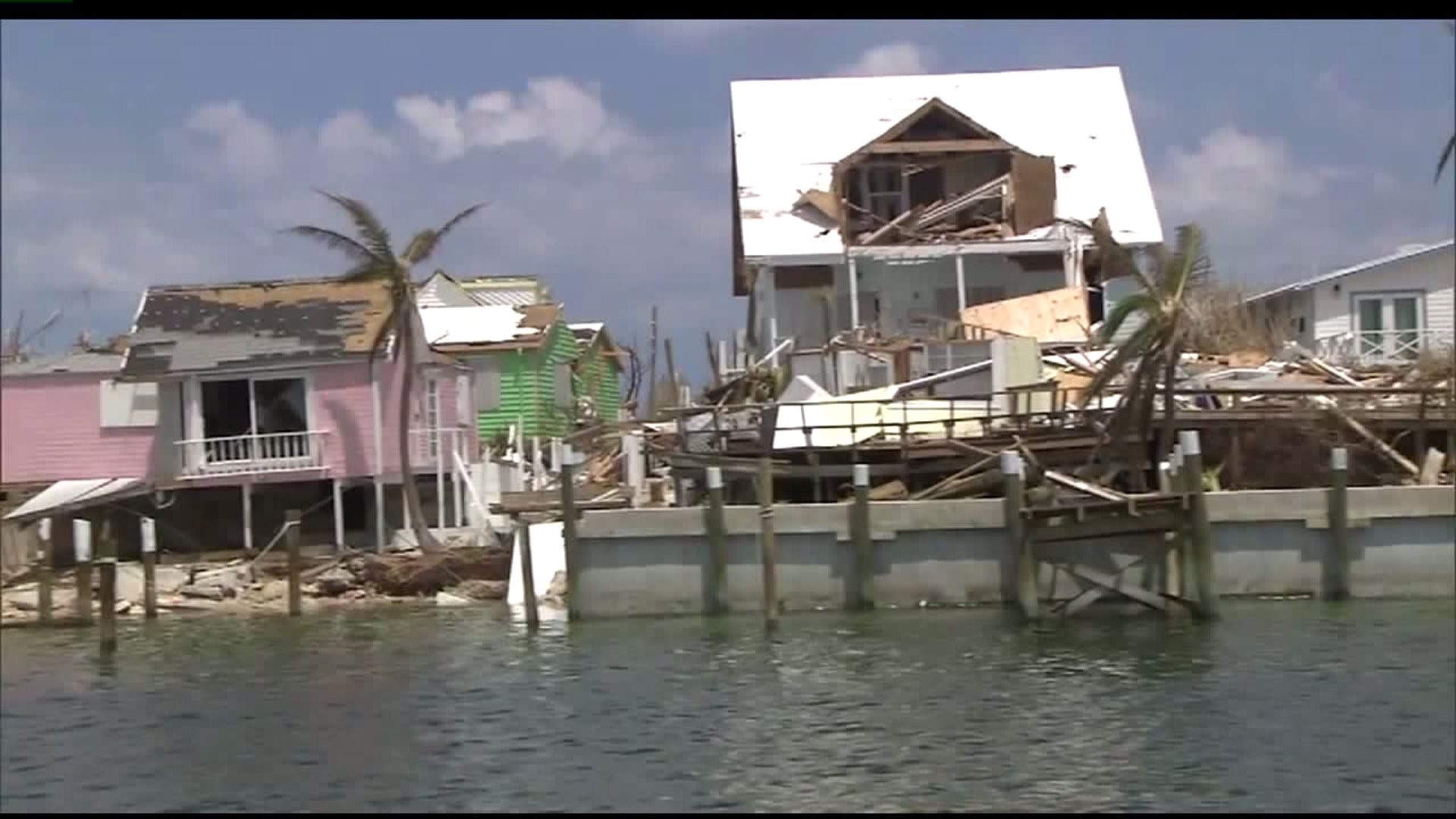 Great Abaco in the Bahamas waited Friday for a way off the islands
as the death toll rose to 43 and rescue and recovery crews arrived with body bags and coolers.

The number of fatalities is expected to rise as the extent of the damage becomes clear, but the search and recovery is being impeded by a broken infrastructure covered by debris left in the storm's wake.

CNN's Gary Tuchman toured some of the hardest hit areas, and he said he could smell death. As he approached destroyed homes in Abaco, he said the scent grew stronger.

The only way to know if there are bodies underneath the piles of debris was to remove it with heavy machinery, which will need to be brought in.

"I am sure that your reporters have seen uncollected bodies on the ground. I am sure there are many persons who know individuals who have personally lost loved ones," Health Minister Duane Sands told reporters during a briefing. "So where we end up with the death toll is likely to be significantly higher than where we are right now."

In a text message to CNN, Sands confirmed Friday the death toll rose to 43.

The national security minister surveyed the devastation from the air. He said rescue and recovery work needed to be completed before a full picture of the death toll emerges.

Damaged infrastructure, such as impassable roads, and the lack of working government vehicles, such as patrol cars and ambulances, are adding to the frustration, Iram Lewis, a member of Parliament, said on AC360 Friday.

Assistance from the US Coast Guard and Air Force will help the Bahamian government determine where rescues need to be made by Saturday, Lewis said.

At least, he said, the airport in Freeport has been examined and the runway is open to receive more aid.

Immediately after the storm, the runway was littered with debris. Inside the domestic terminal, the wreckage of a small passenger plane lay among the detritus.

The long wait to evacuate

During an aerial survey of Abaco, CNN saw large groups of people waiting for ships and planes. Hundreds of cars were parked haphazardly near the airport and port, appearing to have been left where they were forced to stop by people trying to leave.

Those who made their way to the Leonard M. Thompson International Airport in Marsh Harbour waited hours for a possible flight out, while others went to the island's main port.

Only a few buildings still stood in a sea of debris, where twisted metal and broken wood littered the landscape. Boats were scattered among the piles of debris left by homes knocked off their foundations.

But those trying to get a flight out of the airport will likely wait for hours or even days to evacuate.

Additional morticians, body bags and refrigerated coolers to store bodies are being brought in to Abaco and other affected areas, Sands told Guardian Radio 96.9 FM. Four morticians in Abaco embalmed remains because officials have run out of coolers, he said.

Volunteers with cadaver dogs have arrived to help with the recovery process, Joy Jibrilu, director general of the country's tourism and aviation ministry, told CNN.

She said those workers brought equipment which will help people on the island get an accurate count of the dead and understand the full extent of damage the archipelago suffered.

But the first priority remain rescuing and evacuating the living, especially those who are elderly or unwell, Jibrilu said.

Estimated death tolls have been "harrowing and deeply distressing," Jibrilu said. She declined to speculate on the toll out of respect for the families.

But a day earlier, she said "hundreds, up to thousands, of people are still missing."

Ted Curry was one of more than 300 people at the airport waiting to be evacuated Friday. He rode out the storm in Abaco.

Curry told CNN via WhatsApp many people had grown tired of waiting for a plane and moved on to Marsh Harbour's main entry point, where roughly 700 people had gathered to await evacuation to Nassau.

Among those seeking a way off Abaco were families who have been separated.

Elizabeth Nixon was in Nassau waiting for her children, who were left behind when the family tried to to escape the island.

She told CNN she had struggled to get her three children through the storm, carrying some of them in coolers to escape the flooding.

Crying and worried, Nixon said she is anxious because her children have not eaten in at least a day as they await a flight out.

"If those little kids trying to push through, it's a lot," she said.

Hers was not the only family forced to make difficult decision.

Nixon said several families were put in terrible positions, with some having to choose who they could save during the storm.

By Friday afternoon at least one cargo ship had agreed to take evacuees from Marsh Harbour on Abaco to Nassau. The announcement was met with cheers from those waiting to leave.

More than 230 people have been rescued by the Coast Guard.

Rescues have concentrated on Bahamas' northern islands as international teams sent small planes and helicopters to reach those stranded and feed the displaced.

But Curry said the exodus from the island is only temporary. "This hurricane will set us back for years to come," Curry said.

"Abaconians are a resilient group of people," he said. "When we do come back we will be bigger, stronger and better than before."