COVID has kept some struggling with drug addiction from getting help

QC Harm Reduction says COVID-19 protocols and expiring relief have hit hard some of the most vulnerable in the Quad Cities. 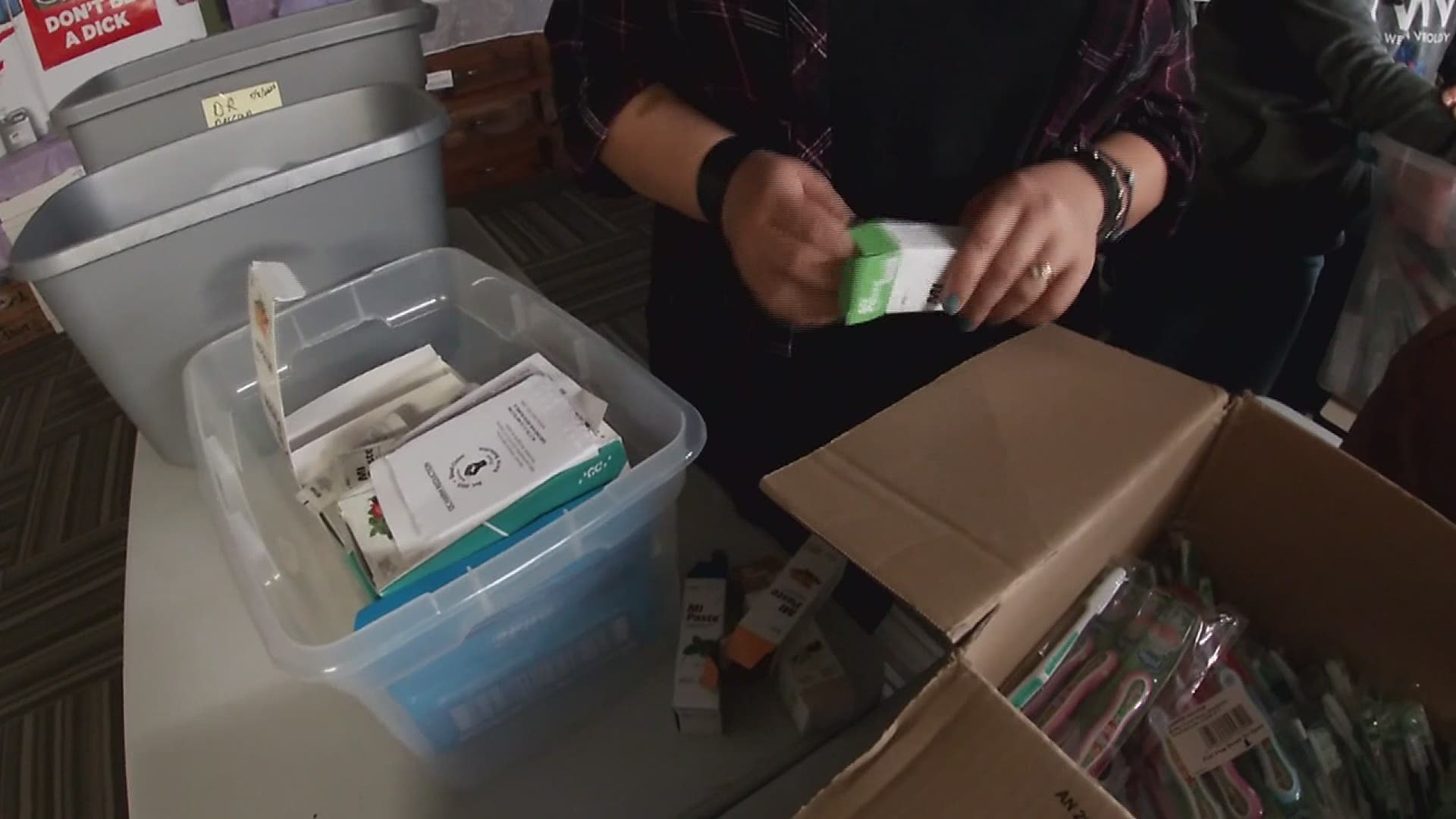 ROCK ISLAND, Ill. — Facing a drug crisis during a global pandemic has been an unprecedented challenge for one local non-profit in the Quad Cities.

Laura Rodriguez with QC Harm Reduction says they try to provide for people struggling to get on their feet while battling drug addiction. Her team has been collecting personal care items like toothpaste, toothbrushes, shampoo and conditioner.

"The purpose of that is to just maintain the dignity of our unhoused neighbors," the project director says. "There's just so many people that are on the street without somewhere to go to, even change their clothes."

Rodriguez says a month ago, emergency motel housing for people impacted by COVID-19 ran out. Now, some people struggling with addiction are left on the street.

"You look at kind of the desperation that people have been facing," she says. "You don't even have to look at numbers. Just look around the community and see that people are struggling, everywhere."

Rodriguez says communities of color and those facing poverty are seeing the biggest impacts, as well as the results of the war on drugs.

Despite that, President and Co-Founder Kim Brown says they dispensed more Narcan into the community last year than they did in 2019.

She says that's a good sign that people are becoming educated and knowing how to use the overdose reversal drug. She adds it's been their big push throughout the pandemic.

Nationally, the Substance Abuse and Mental Health Services Administration saw a 27 percent increase in calls to it's helpline from 2019 to 2020. And the Overdose Mapping Application Program estimated a 17 percent increase in suspected overdoses immediately after stay-at-home orders went in place last year; a connection between isolation and addiction.

"Based on the amount of people who have lost their jobs, kind of, extrapolating on that, that leads to something else and a snowball effect," Rodriguez says.

QC Harm Reduction is accepting donations to help people in the community. You can learn how to donate personal care items and even tents on its Facebook page.