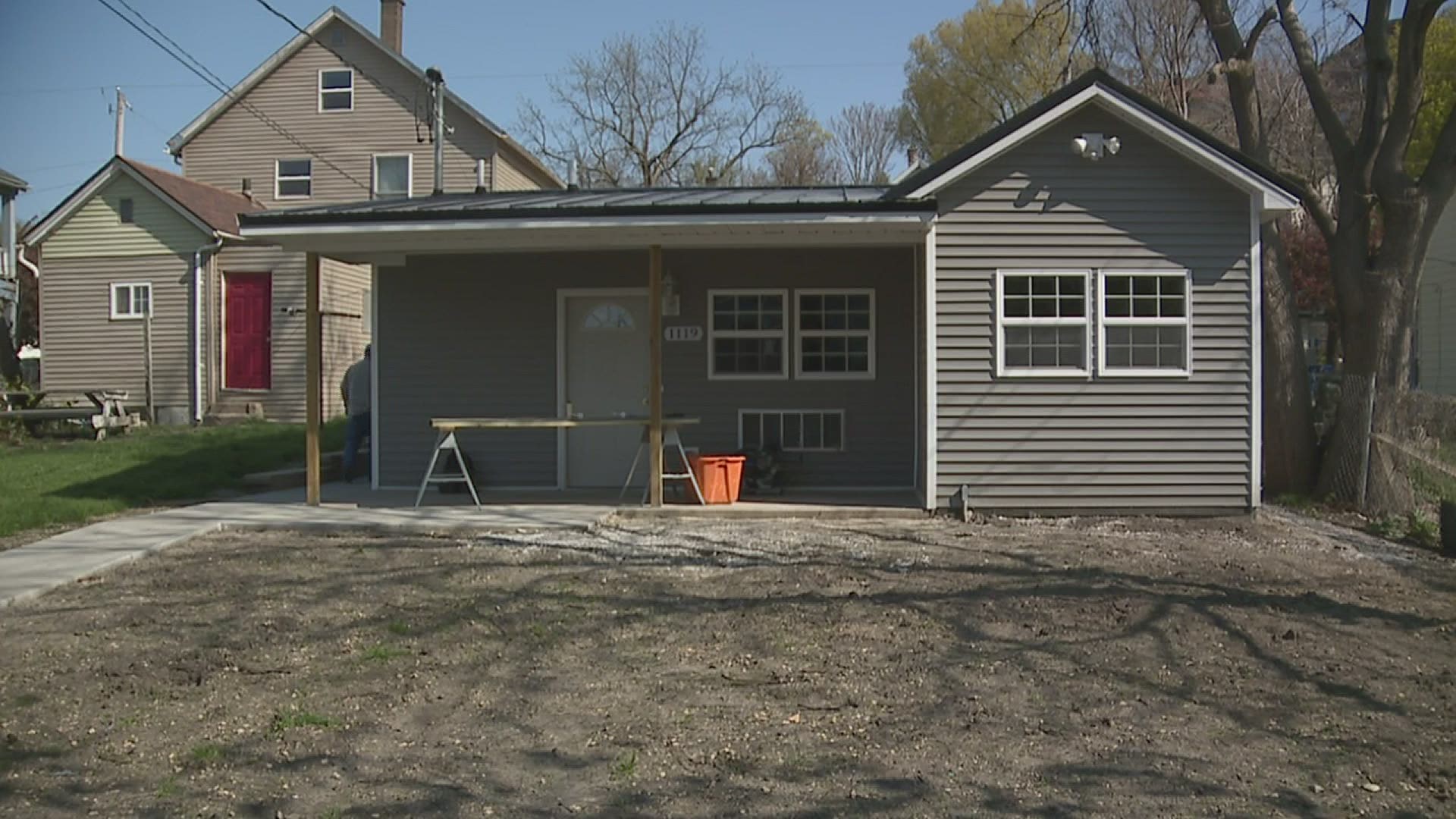 There's a difference between a house... and a home. Matt Griffin understands that all too well.

"It's been a lot of years since I've had my own space," he told News 8's Angie Sharp on Thursday, April 22nd, 2021 - one week before the public unveiling of our area's first tiny homes.

Inside, workers are putting the finishing touches on every inch of the two small houses. Outside, with the sounds of vacuums and drills in the background, we're learning about the special person who will live in one of them, thanks to the ministry of One Eighty, a nonprofit that helps people impacted by crisis, poverty, or addiction. Matt's open to sharing his story, even though it's a tough story to tell:

"The first time I used alcohol and marijuana I was probably only about 8 years old," he recalled as the start of his addiction. "I went through recovery many times, found the Lord in my 20s, struggled with staying sober a year, two years at a time, and a bad problem with marijuana and falling on crack addiction."

"In 2016, I went on a run for about 13 days after I fell off after 5 years of being sober from crack cocaine," he continued. "I basically robbed and stole from a lot of people, hit a huge bottom, and found myself to where I just gave up everything."

After taking himself to rehab, he discovered One Eighty and enrolled in its 14-month program - just one of the three important ministries of the nonprofit. The program provides housing, education, mentors, and work. After graduating from the program, Matt became One Eighty's Maintenance Supervisor. Now, he's becoming one of the first residents of their tiny homes.

"It's time, after five years, to have my own place and words just... you can't put into words how much of a blessing it is," he said through closed eyes.

There are two tiny homes, located on W. 6th Street off Marquette Street in Davenport. A veteran, another graduate of One Eighty's program, will live in the other one and become Matt's neighbor. The homes include a yard, a front porch, a bathroom, laundry room, family room, kitchen, and bedroom - a lot in one small space, but enough to make a big difference for these men and our community:

"When you live in communal housing or group housing, you don't have that same opportunity and so now that he has his own lot, he has his own house, he has his own coffee pot, his own porch, his own garden - it brings a sense of ownership and ownership is very important in communities like this," said Rusty Boruff, Executive Director of One Eighty.

Rusty has made it his life mission to bring hope, love and opportunity to people and communities impacted by crisis, poverty, or addiction. Inspired, challenged, and motivated by his own story of survival, the One Eighty Team has worked tirelessly to transform properties in the 6th and Marquette Street Neighborhood, as well as overcome obstacles to get these tiny homes built.

"When you look around some of these communities that haven't had new buildings built for 10-15 years, well, we have them now," he explained. "When you look at some of these odd-shaped lots where you're not necessarily going to build a large house, these tiny homes can be put on those lots."

"This was really to pioneer this whole idea, this whole concept that tiny homes can exist here in the Quad Cities."

The tiny homes will be unveiled to the public on Thursday, April 29th, 2021. Rusty says they've purchased other lots nearby with a plan to build more tiny homes in the future and they hope they inspire other communities in our area to do the same - in places that need a transformation and for people who undergone a transformation themselves.

"Both these guys have been through some stuff in their life, but they've worked hard at changing that and have truly done a One Eighty and are successful members of this community now and so they'll be living here, probably for the rest of their life if they want to." 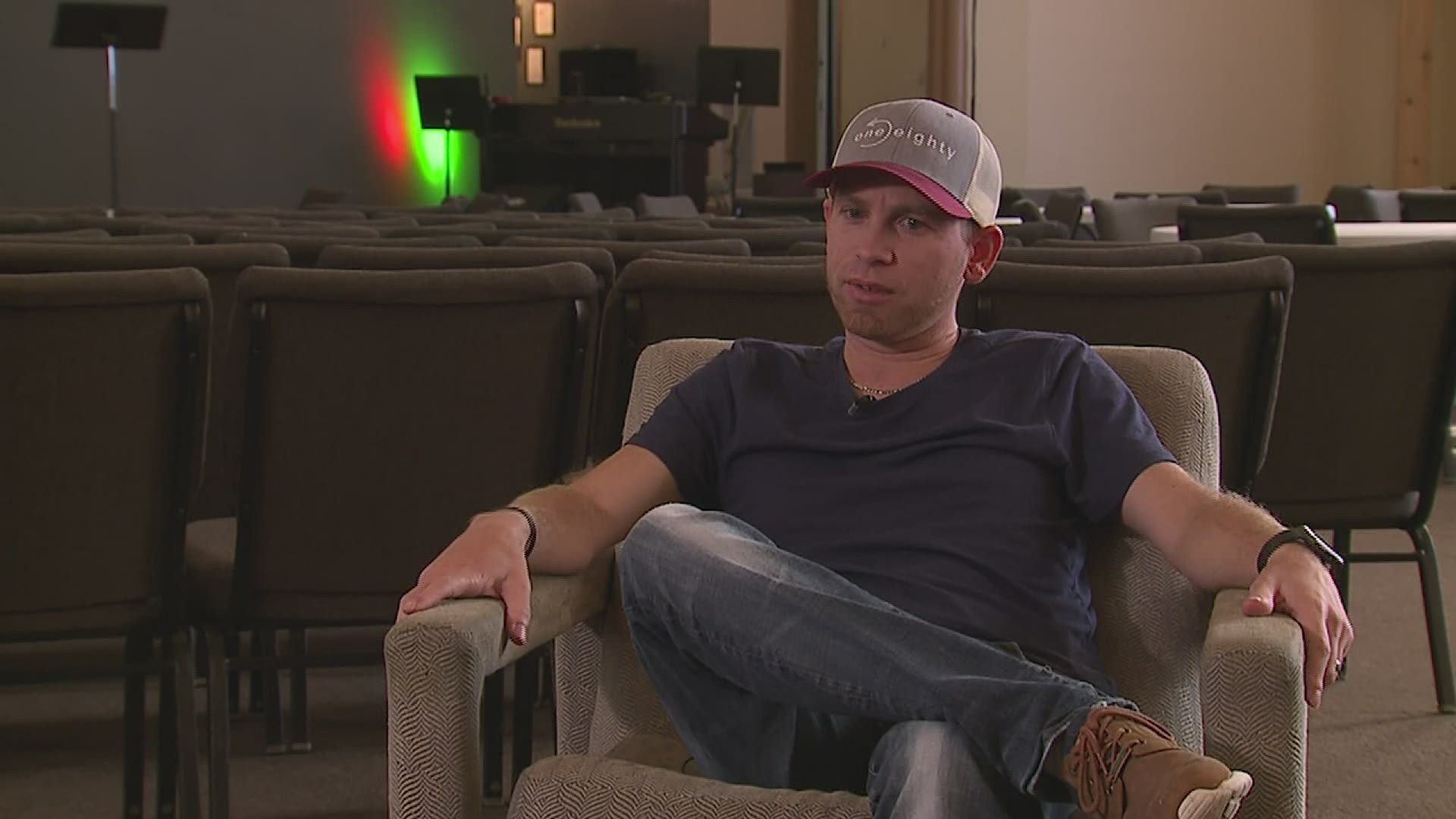