Italia Kelly was shot and killed during a night of civil unrest in Davenport. But there were warning signs the suspect police arrested had targeted her, her mom says 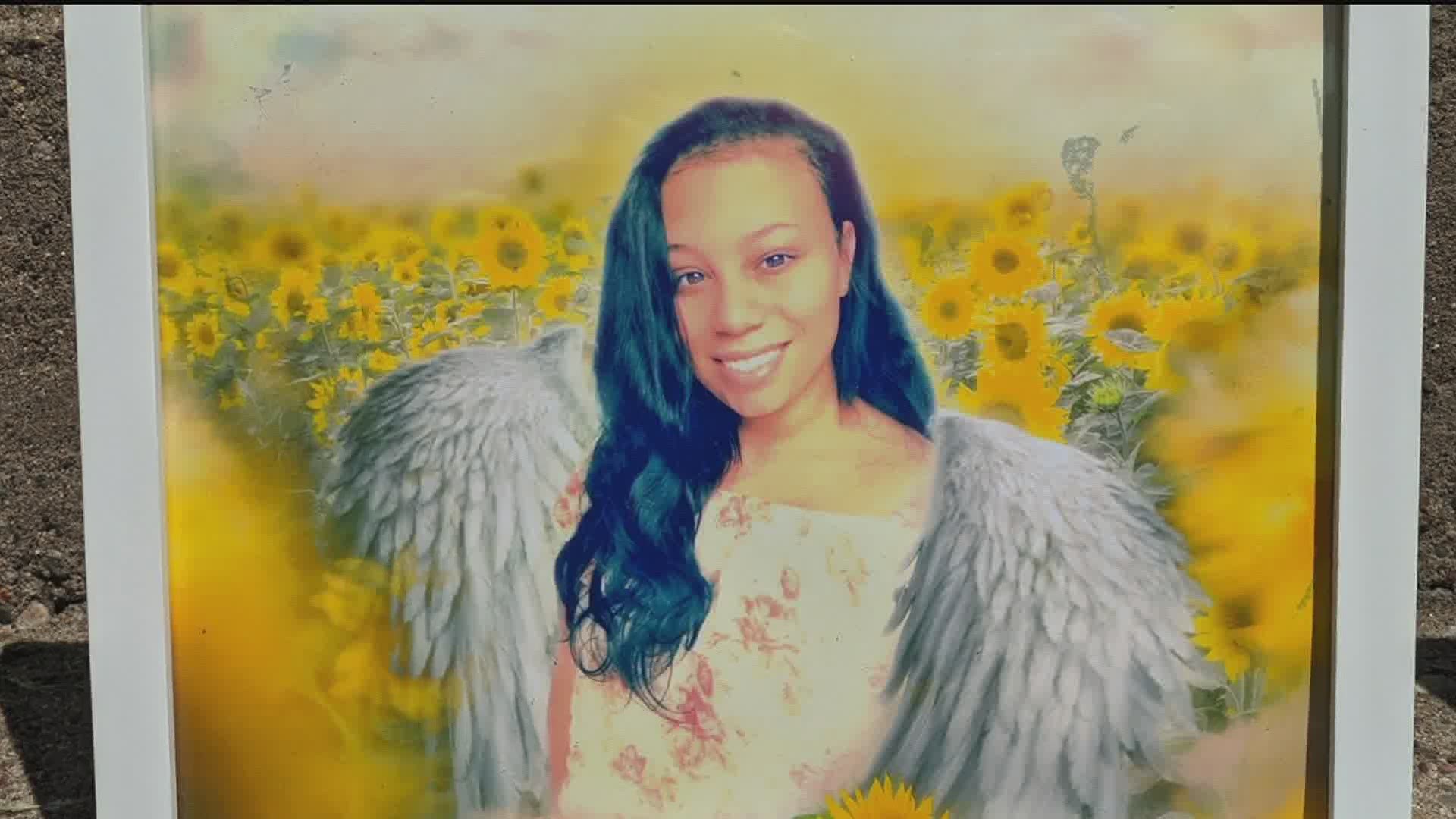 DAVENPORT, Iowa — The 22-year-old woman shot and killed during the night of May 31, when civil unrest and protests against police brutality spread across the Quad Cities, may have known her killer.

Italia Kelly's mother, Sharon Kelly, says Italia was out protesting peacefully, when she was gunned down.

"She was hanging out the window [of the car], she was just chanting with the protesters, we don’t know why. And that's when she got hit from the back," she told News 8.

Italia never saw it coming, and for that her mother is relieved.

"She died instantly. We do have witnesses in the car that said she knew she was hit by something. Her last words were “I’m hit.”

Davenport was restless that night as protests spread across the country, following the killing of George Floyd, an unarmed black man at the hands of police in Minnesota.

Italia wanted to lend her voice to the protest, despite her mom and sister's pleas to stay home. Italia's sister Jasmine initially believed the shot was random.

"A protester shot my sister," she cried out in a livestream video just minutes after learning Italia had been shot.

When Davenport Police made an arrest, the family never saw it coming: They all knew the suspect

"We were surprised. My other daughter, Italia’s sister, was best friends with him in middle school," mom said. "We have a lot of photos of him with Italia, with other members of the family, with friends that we consider family."

"We were never exepct this from somebody that was around the girls for seven, eight plus years. That’s what shocked all of us."

The criminal complaint filed by Davenport police described the incident on May 31: "With premeditation, malice aforethought and intent to kill the Defendant fired a gun at the victim striking her one time. The victim died as a result of the gunshot wound."

Italia's mother said witnesses in the car with her daughter that night told her, they had stopped at a gas station where she might have run into Parker Belz.

"We don’t know if he followed her, thinking that with the mixture of the protests, nothing would point back to him. We don’t know," Sharon Kelly said.

It was only after Italia died that the family realized, there had been a dispute over some Facebook posts.

"We just know through her other sister that there was an argument, and he clearly states in his argument, that within a week, you and your sister will be on t-shirts."

"A week later Italia passed. [Jasmine] took it hard because she feels like, he just got to Italia first. Like it could have been her," Sharon Kelly said. ""We’re unsure if that’s the whole case behind this and if that’s what led to this."

The grieving mother said she found some solace that an arrest had been made. But knowing it was a family friend cut deeply.

"I do remember, that’s what’s hurt the most. How can you do this to someone you at one time called your best friend?" she asked.

The Facebook vitriol that followed has also added to this mother's hurt.

"[Comments like] 'She should’ve stayed home, she should’ve done this, she should’ve...' Yes all of those are true. But if you knew my daughter, she fought for what she believed in to the fullest."

There is a lot still unknown, questions she hoped would be answered in court.

Parker Belz' has his arraignment in Scott County Court on July 16.