What fire inspectors say they found at dozens of local schools

Every morning thousands of Quad City kids go to school. Their safety is in the hands of their teachers and those taking care of the buildings they learn in. At ... 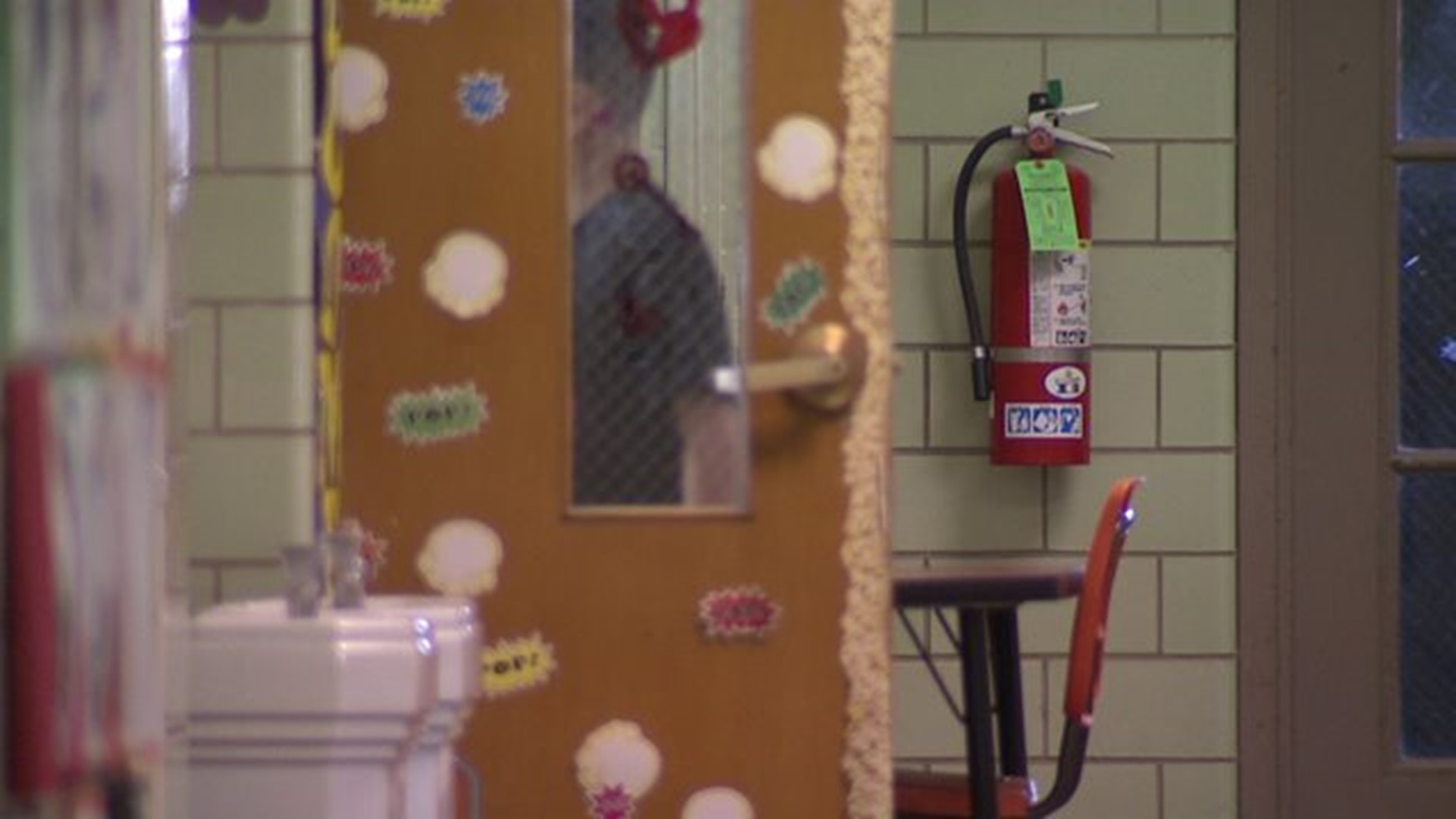 Every morning thousands of Quad City kids go to school. Their safety is in the hands of their teachers and those taking care of the buildings they learn in. At least once a year, an outside agency, a fire department or security company, comes in to make sure they are staying on top of fire safety.

"It's probably the most important thing as far as inspections go for the district," said John Campbell, Director of Operations for Bettendorf Community School District.

A December 10, 2014 inspection done by the Bettendorf Fire Department showed there were 31 violations at the high school, some repeated in different areas of the school. Many of these violations involved fire extinguishers that were either not serviced or tagged or that were improperly placed or missing. Other violations found were exposed electrical wiring, misused extension cords, lights that didn't have battery backups, obstructed pathways, items being hung on sprinkler system pipes, and more.

See below to read the full safety reports from Bettendorf High School and other schools.

"We start working on them immediately. If it's something that takes a little bit of time we'll let the fire department know that we're working on it," said Campbell.

A re-inspection report showed that all but seven of the 31 violations had been fixed when the fire department checked on February 11, 2015. The majority of those had to do with fire extinguishers needing to be serviced and tagged.

"We basically rely on an outside inspection of our fire protection systems, have another company that comes in and tags all of our fire extinguishers," said Campbell.

In the Davenport Community School District, Walcott Elementary and Intermediate had 38 violations. Both Blue Grass and Buffalo Elementary had a few violations. At Davenport West High School, there were six violations including improper use of extension cords, improper storage of compressed gas cylinders, a fire extinguisher that wasn't mounted properly and improper storage and accumulation of combustible waste.

"We're constantly looking for extension cords," said Mike Maloney, Director of Operations for Davenport Community Schools. "Collecting combustible materials is just a constant. You have to be on the lookout. Textbooks are combustible and so are other things, so if they start to get put in places they shouldn't be."

According to Maloney, Director of Operations, the violations at West were fixed on the spot.

"Typically the things noted in our fire inspections are corrected right at the time by the custodian so we ordinarily don't find things that are ongoing problems," he said.

In the Rock Island/Milan School District, the reports done by Per Mar Quad Cities, found four schools with batteries that failed or tested low. It also found dialers that are not approved by the National Fire Protection Association.

"That's what calls Per Mar, lets them know that the fire alarm has indeed went off," said Gary Eastman, operations director, "It's got one phone line to it now, the upgrade to those systems is going to have two phone lines."

Eastman says he is working to replace all the dialers this summer.

"We go by a different code here for the school district, but not to say that we're not up to code, I believe we are because everything's working, everything's functioning so I haven't been told to replace the dialers, but I'm going to do it," he said. All of the other violations in the 2014 report have been fixed.

The Moline/Coal Valley inspection reports done by Seico Security show the majority of the schools passed their inspections, but at the high school, one pull station failed and twelve heat detectors failed. According to Darryl Snyder, Director of Facilities and Grounds, all of those are in the process of being repaired.
Reports from fire alarm inspections in the Bettendorf School District (click the link to view the report):

Reports from fire alarm inspections in the Davenport Community School District (click the link to view the report):

Fire Alarm Inspection Report for 2014 for All Davenport Schools

Reports from fire alarm inspections in the Moline-Coal Valley School District (click the link to view the report):