The Sedona Group’s S.O.A.R. Scholarship Winner Came To Q.C. As A Refugee

There are five students in the Quad City area who are “soaring” tonight thanks to a scholarship from The Sedona Group and the help of WQAD. On Thursday, May 29t... 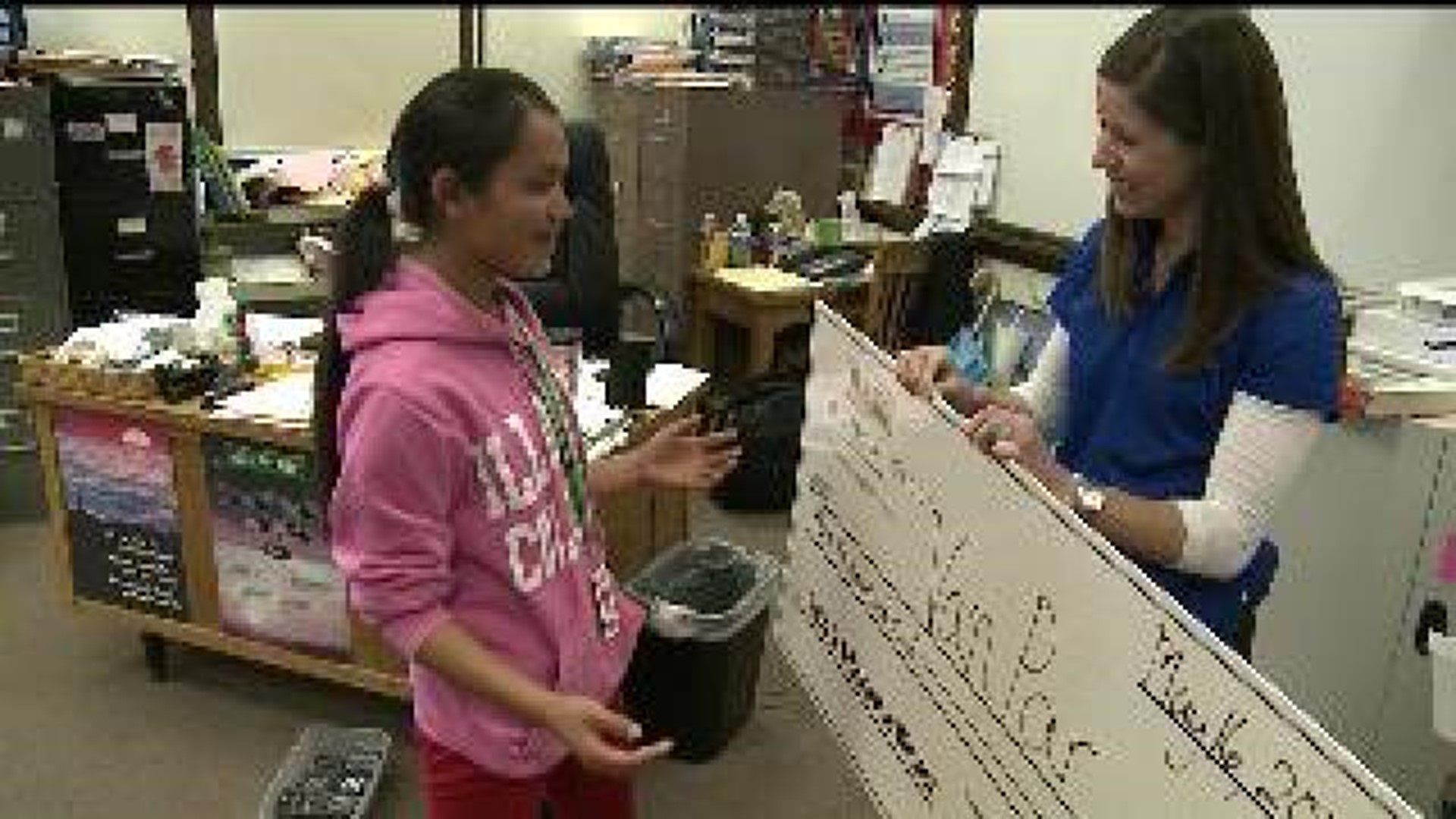 There are five students in the Quad City area who are “soaring” tonight thanks to a scholarship from The Sedona Group and the help of WQAD.

On Thursday, May 29th, 2014, News 8's Angie Sharp surprises the fourth of five winners - a student who is motivated by her past to succeed in the future.

Van Par grew up in Chin State Burma. However, a few years ago, she and her family were forced to flee to Malaysia after being persecuted for ethnic and religious reasons. Van spent two years in a refugee camp before coming to the U.S. at the age of 16.

"My goal is to have peace here and have a successful life and be a part of America," she says.

Four years alter, Van is about to graduate from Rock Island High School. During one of her classes, WQAD and The Sedona Group surprised her with a $1,000 scholarship.

"I was shocked," says Van. "I'm really scared and I'm shaking because I can't believe it."

Van says when she moved to the Quad Cities, she didn't speak any English. She says she stayed after school most days to practice and get better. To Van, that defines success.

"Success doesn't have to be winning a million dollars or like having a lot of money," she explains. "I think success is being proud of myself that I speak English."

Van is also staying true to herself and helping others do the same. On Sundays, Van teaches a classroom full of children at the Quad Cities Chin Baptist Church. She uses a story from the bible to give them a lesson about their own language so they never forget their past.

"Some who grow up here don't know their own language - Chin Burmese so I teach them English, Burmese, and Chin," says Van.

Van also spends her free time taking people from the Chin community to the grocery store, doctor appointments, or the bank. She acts as a transporter and a translator.

In the fall, Van plans to go to Illinois College. She says she wants to become a surgeon and participate in cancer research.

"When I saw little children suffering from cancer, I felt really bad so I want to do it for them so they can have a wonderful life and they can have the opportunity to enjoy the world."

The Sedona Group’s S.O.A.R. Scholarship stands for Strength, Opportunity, Achievement, and Resolve. The $1,000 scholarship is given away every year to five area high school seniors.