PRESTON, IOWA – When Senior Hannah Bormann was just starting out at Easton Valley High School, she noticed something: “I was having passing out spel... 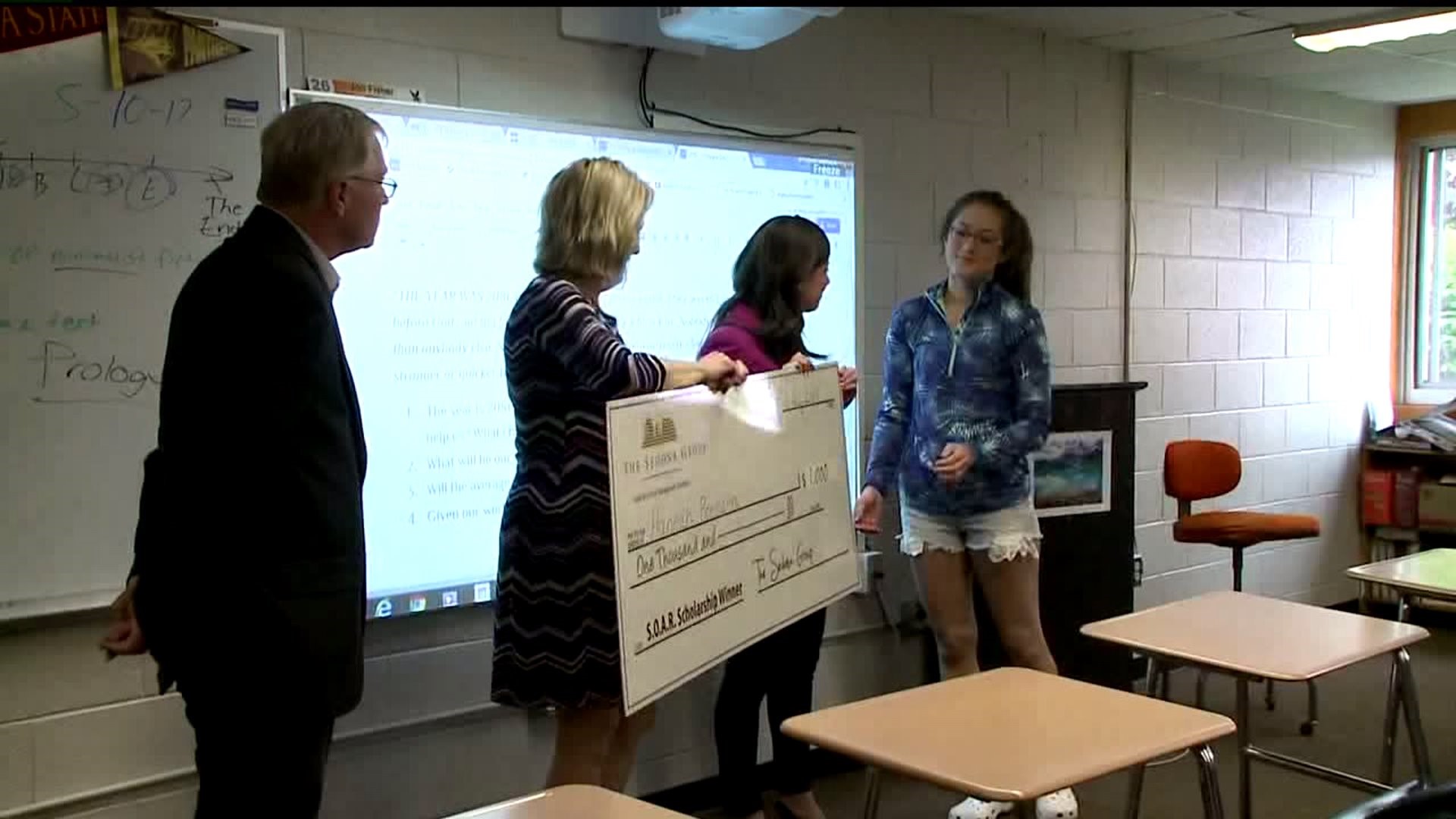 PRESTON, IOWA - When Senior Hannah Bormann was just starting out at Easton Valley High School, she noticed something:

"I was having passing out spells and I was having really bad headaches to where I'd have to stay home from a lot of days of school and that really bothered me," she said.

Hannah went to see several doctors and after several tests, they found a spot on Hannah's brain - a cancerous tumor - forcing her to undergo not one, but two surgeries her sophomore year.

"I was just really nervous that I wouldn't be able to come to school or do anything for a long time or play sports for a long time," she explained. "After my second surgery, they told me I wouldn't be able to do any of that and I kind of just looked at my mom and I was like - no that's not going to happen. I'm playing. This is what I love to do and I'm not going to have anything that's going to take that away from me."

That was in April 2015. However, by August, after a lot of hard work, Hannah was back doing what she loves to do - playing volleyball and basketball.

Her determination is just one of the reasons why we're surprising Hannah with a S.O.A.R. Scholarship in partnership with The Sedona Group.

"I saw everybody and I was like - oh my, this is not happening," she said.

Besides sports, Hannah also loves to give back to her community. She's a mentor with Big Brothers Big Sister, a coach for a local youth volleyball team, and a member of her county's philanthropy board.

Hannah is also involved in Dance Marathon, which raises money for the very hospital where she was a patient.

"At the time, when I was in the hospital, they were doing Dance Marathon and I had the opportunity to go down, but I didn't take it and that was probably one of my biggest regrets while being in the hospital," she explained.

Now though, Hannah wants to help out in an even bigger way - by becoming a nurse.

"I wanted to be a nurse ever since my stay at the University of Iowa Children's Hospital, because the nurses were just so great there and they inspired me to want to become one myself."

Hannah plans to attend Kirkwood Community College in the fall, where she will no doubt notice something else - her potential to S.O.A.R.