WOODHULL, ILLINOIS – It’s a simple melody that means so much, which is why AlWood High School Senior Jack Bumann worked hard to pass a law in its na... 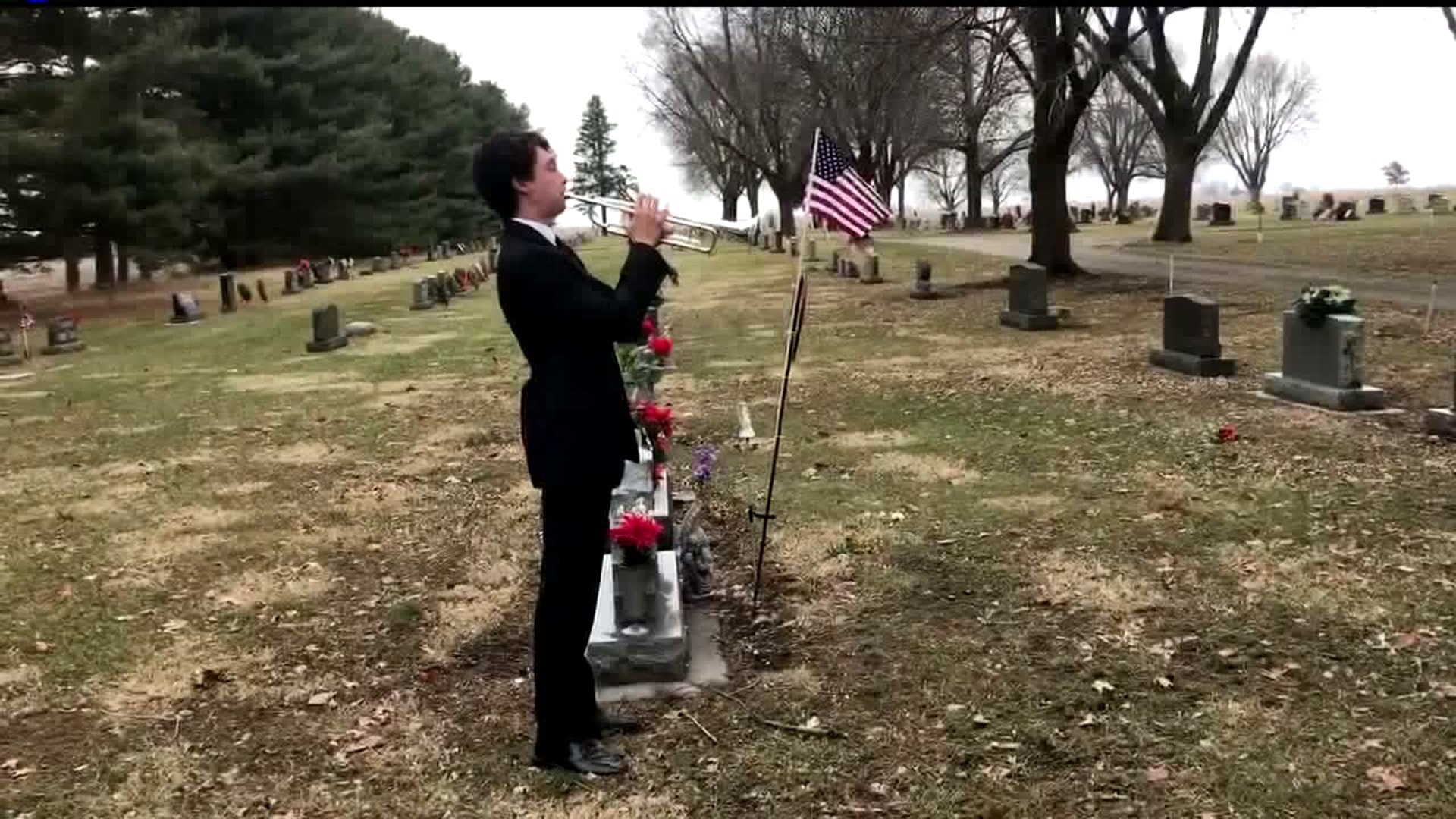 WOODHULL, ILLINOIS - It's a simple melody that means so much, which is why AlWood High School Senior Jack Bumann worked hard to pass a law in its name.

"It started when my Uncle passed away," he explained. "He was a war vet and from there on it just felt like I had a little more respect for the veterans to give them what they deserve - the veterans and the fallen soldiers. They fought for our country and they don't deserve a recording, they deserve the real visual thing."

However, leaving school to go play Taps at a military funeral or event was not considered an excused absence in Illinois... until last year.

"I got a hold of [State Representative Donald] Moffitt and he thought it was great idea and it went smoothly with him and Illinois Senator Chuck Weaver got through it and everyone seemed like it was the right thing to do, so it was pretty neat how that went through," Jack said.

During Veterans Day at the 2016 Illinois State Fair, Jack stood right next to Governor Bruce Rauner as he signed the Taps Law - making Illinois the 5th state in the United States to pass it.

However, as Illinois' first member of the nationwide organization - Youth Trumpet and Taps Corps - Jack is determined to bring the Taps Law to all 50 states.

"There`s a lot of states now picking it up and it seems like it`s going to work through those too," he said.

It's just one of the reasons why we're surprising Jack with a S.O.A.R. Scholarship in partnership with The Sedona Group.

Jack is not just a musician and an advocate. When he's not holding a trumpet, he's holding a golf club.

"One thing about golf is you can never be good enough and no one`s ever been perfect," he laughed.

Jack has qualified for state three times and is a two-time regional champ as well as a conference champion. He plans to join the golf team when he attends Illinois Central College this fall and see where the sport takes him.

"It`s a mentally challenging game and it helps out a lot mentally, especially with playing that trumpet," he said.

Taps is a simple and emotional melody, but one that means so much and as we get ready to mark Memorial Day, Jack is ready to S.O.A.R.