“I was trying to hold back tears,” said former Marine Jason Roberts. “This means so much. I’m just floored.” 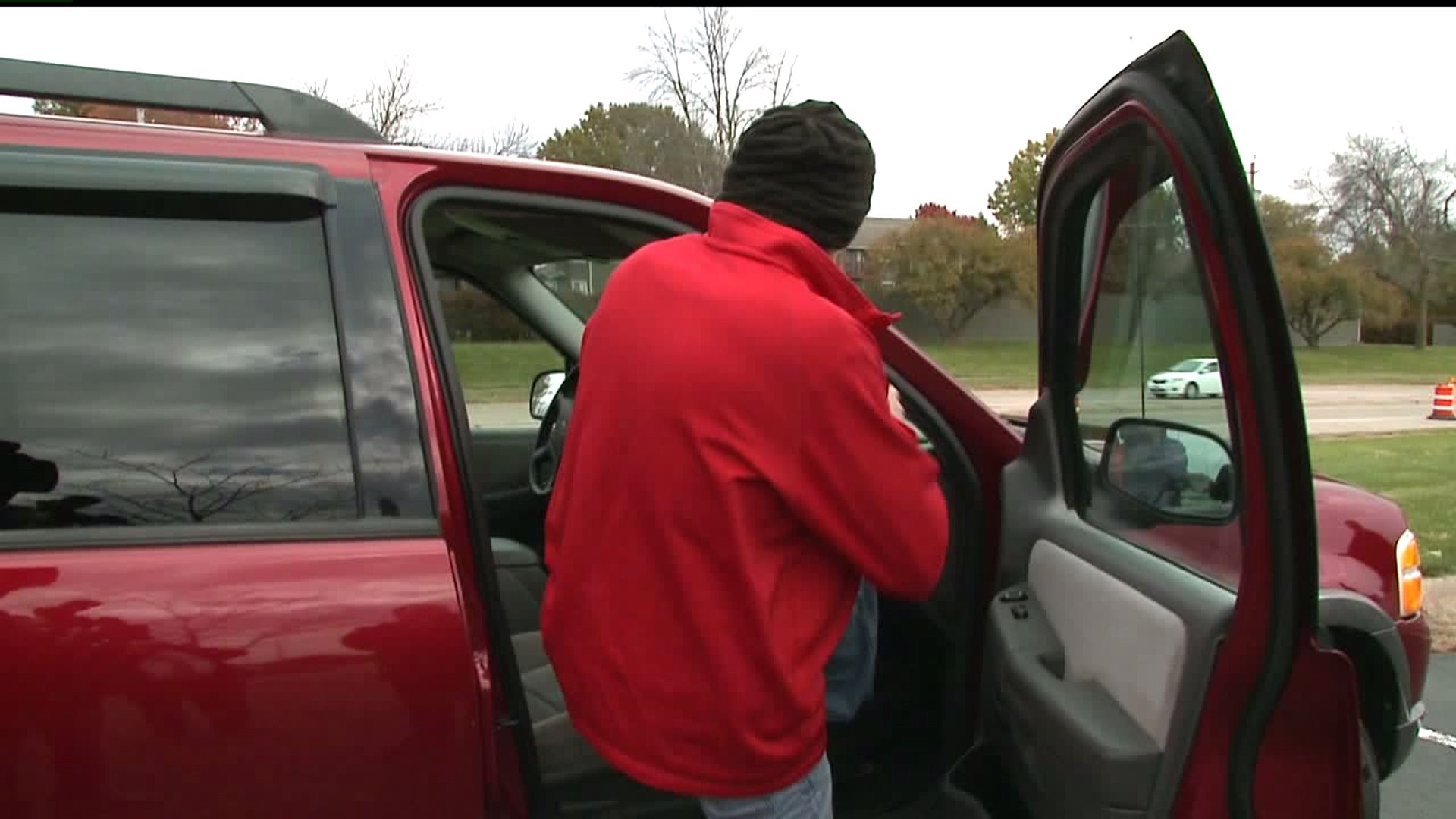 MOLINE - Jason Roberts is making one of the toughest transitions.  After serving in the Marines for seven years on active duty and reserves, he's going back to school at Black Hawk College.

While he served in faraway places like Japan and Thailand, he's having a hard time getting back and forth to campus.

That's where Jim Whan's Automotive Central in East Moline stepped up to donate a 2005 Ford Explorer to him.

"I was trying to hold back tears," Roberts said, on Thursday, October 25, after learning the news.  "This means so much.  I'm just floored."

Whan became aware of Roberts' plight through the Black Hawk College Military Students and Veterans Club.  It assists fellow veterans in their journey through college.

"He's gotten himself so far," Whan said.  "He just needs maybe a little step up to the next rung, and he'll keep carrying himself up."

Roberts, who is a freshman Art student, plans to use the vehicle to get back and forth to campus, job interviews and transporting his dog.

"I didn't expect anything of this value," he continued.  "It's just amazing and unbelievable."

Whan said it's simply a gesture for someone who has done so much for his country.

"Education is so important," he said.  "Really, cars are our freedom any more."

Roberts got to start his car for the first time and take a spin around the parking lot.

He's already got a job interview on Friday.

"I want to spend as much time as I can at the college," he concluded.