She doesn’t like to do math and she doesn’t sit at a desk, but their newest student is already making a big impact. 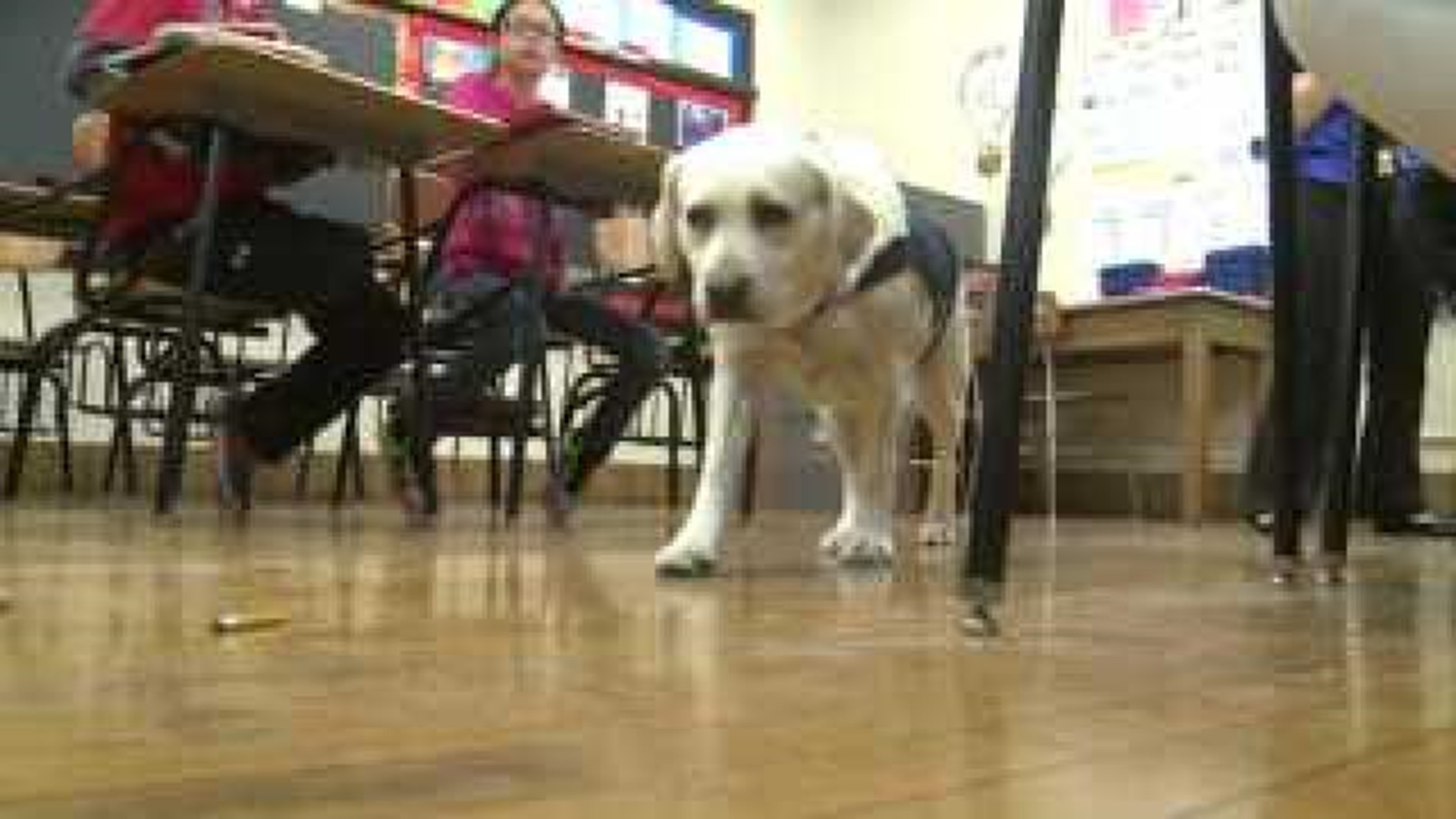 She doesn't like to do math and she doesn't sit at a desk, but their newest student is already making a big impact.

This week, Smart Intermediate in Davenport introduced Cami to its students. The four-year-old Labrador is the school's facility dog.

"We've wanted a therapy dog for our building for a long time," says School Counselor, Kim Bohannon. "We have a lot of students that we felt could benefit from having a therapy dog here in the building and last year the opportunity presented itself."

Bohannon says a trivia night helped the school raise money for Cami and already, they say it's paying off. Cami visits up to five classes every day. She walks up and down the rows of desks, letting students pet her while they work on their assignments. Sometimes she lays at their feet or places her head on their knee.

"We have several students who are really motivated and come to school just because they get to walk Cami to class," says Bohannon. "We've seen a change in student behavior because students are wanting to work just to spend time with her. Some of them will have lunch with her, take her for a walk, even help take her outside."

Teachers also say they like having Cami in the classroom. They say she creates "a calming presence" for students.

"I think that she helps kids that are having a bad day sometimes," says 6th Grader, Hannah Nicely.

"Sometimes when you pet her she'll just lay down by you to keep you company," says 6th Grader, Americaus Geest.

Unlike normal therapy dogs, Cami sees more people, goes to more places, and does more once she's there. She also underwent a different kind of training to be a facility dog. For two years, she was trained by the Quad City Canine Assistance Network through the Viking Pups at Augustana College, which is a student-run therapy dog training club.

"She really has already very quickly become a part of our family," says Bohannon. "I think our students have fallen in love with her and they are motivated to have her around and have her in their classrooms and to work to get to spend that time with her so I think that's going to bring about a positive atmosphere at our building.