March 8th is National Proofreading Day! In 2011, Judy Beaver created the day in remembrance of her mom, who she says loved to correct people. She created the da... 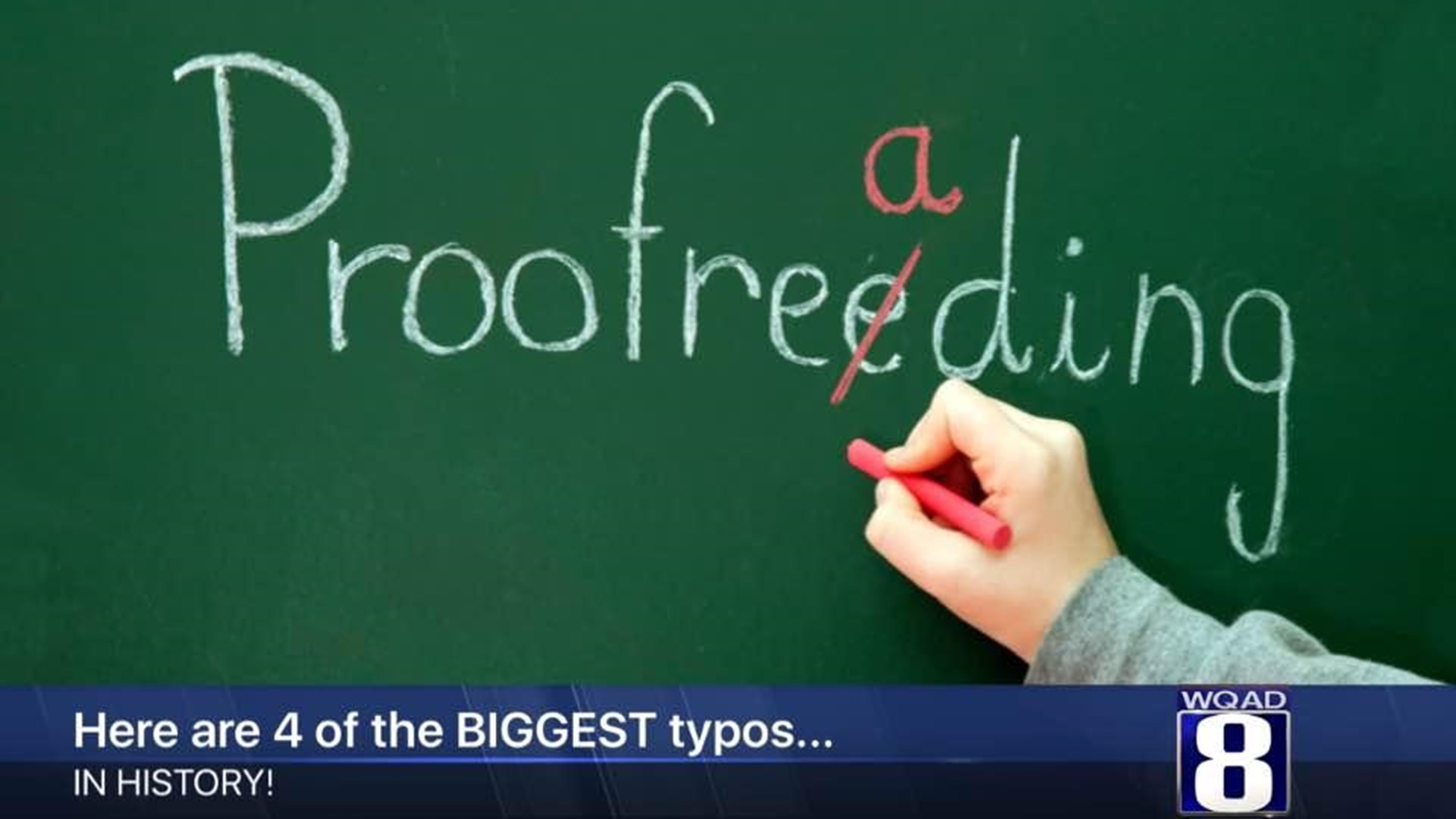 March 8th is National Proofreading Day! In 2011, Judy Beaver created the day in remembrance of her mom, who she says loved to correct people. She created the day on her mom's birthday, as a fun way to remember her and help people take more time to proofread their work!

In the spirit of "Proofreading Day," we thought it would be fun to take a look at what the world would be like if we didn't proofread. With a little help from "Business Insider," here are four typos that would've made the things we know and love... a lot different:

In 1997, Larry Page and Sean Anderson were brainstorming names for a website with some fellow graduate students at Stanford University. Anderson threw out the term "googolplex," which was later shortened to "googol." But when he went to check the availability of the domain name, he mistakenly typed "google." Fortunately, he liked his typo, and the rest is history! "Google.com" was born.

2. We may not have been forced to eat spinach.

In 1880, a German chemist named Erich von Wolf had a mathematical mix-up: he printed the iron content of spinach as "35 grams," instead of just "3.5 grams." That's ten times the actual amount found in the leafy green! Another group of German researchers didn't find the error for more than 50 years, in 1937, when they corrected the fumble. But it was too late--- the myth stuck. Some people still think that spinach contains as much iron as red meat. That's why Popeye's creator made the sailor obsessed with spinach.

In 1962, NASA launched Mariner 1, whose mission was to fly by Earth's closest neighbor in the solar system to gather information. But 5 minutes after liftoff, the spacecraft began to veer off course. Consequently, control had to abort (BLOW UP!) the mission altogether. Why? Well, it turns out whoever programmed the spacecraft omitted an "overbar," which looks like a hyphen above a letter or number." People called the mission "wrecked by the most expensive hyphen in history." The error cost the government $80 million!

4. There could be more money that says "CHIIE" on it!

In 2010, the then-director of Chile's mint, Gregorio Iniguez, okayed production on 1.5 million "50-peso" coins. The problem? They said "C-H-I-I-E," not "C-H-I-L-E" on them. Iniguez was fired, but not until two years later when the misprinted coins were discovered. Some of the coins are still in circulation and are worth even more than they say. Collectors are buying them up because they are so rare.