The Davenport School Board decided not to vote on a plan to address the needs of students in the special education program Tuesday, May 29, to allow parents mor... 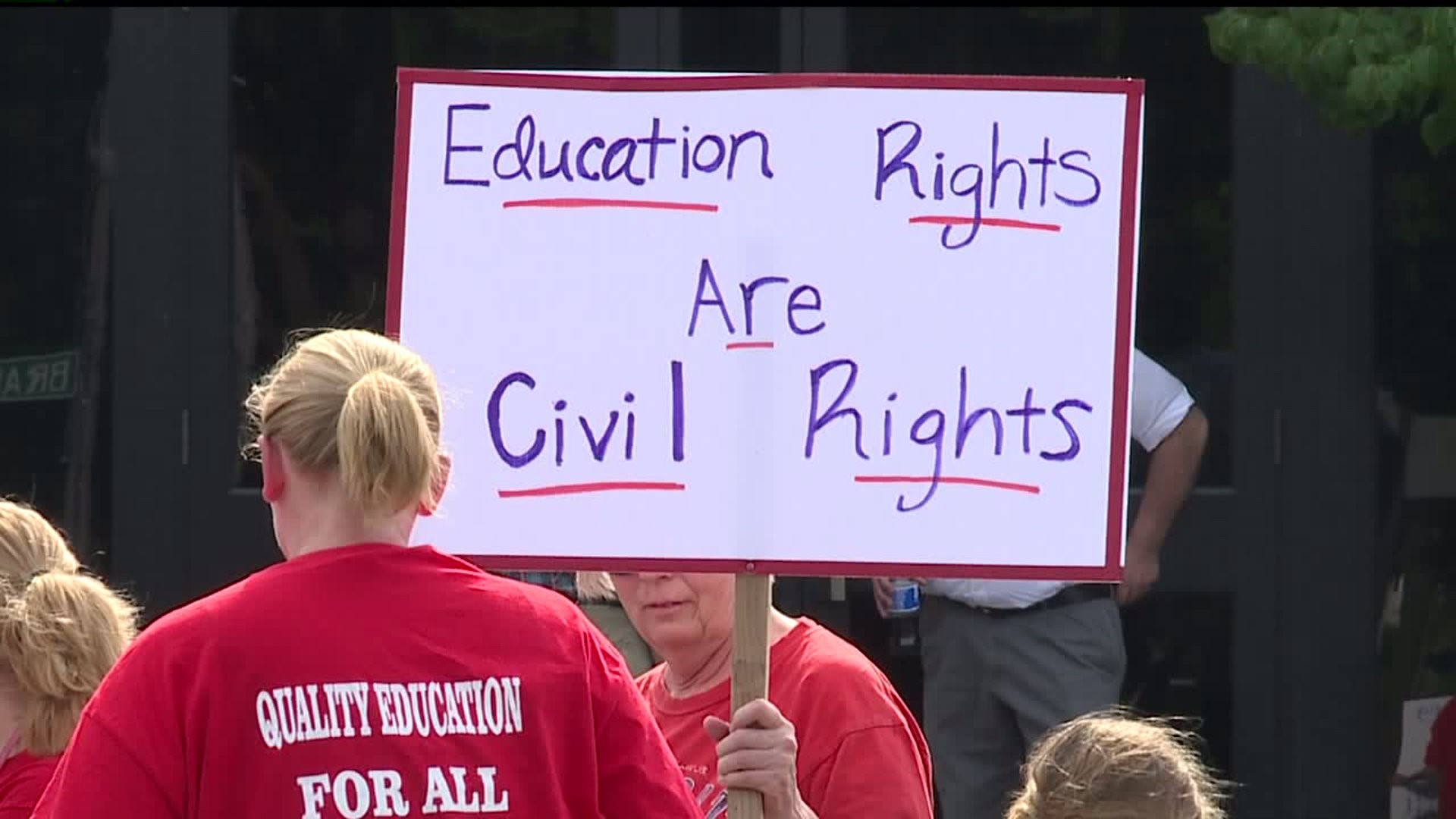 DAVENPORT, Iowa-- The Davenport School Board decided not to vote on a plan to address the needs of students in the special education program Tuesday, May 29, to allow parents more time to review and provide public comment.

“It is a big deal there has been a lot of tension about this. I wanted to make sure there was ample opportunity to go ahead and provide those comments,” says board president, Ralph Johanson.

The plan called the District Developed Special Education Delivery Plan lays out the district’s goals to provide a system of delivering services and placements to address the needs of eligible students aged 3 to 21.

The document is a five-year plan that was adopted in 2013, but Davenport parents rallied outside of the school administration building at least two hours before Tuesday night’s meeting because the plan did not directly address the district’s federal law violations reported in a State audit conducted by the Iowa Department of Education.

Iowa Department of Education finds Davenport Schools not in compliance with several areas of the federal Individuals with Disabilites Education Act.

“I think that if you have had the same document for the past five years, and you have come up non-compliant with federal law with a lot of areas, it says a lot in that you don’t think you have to change,” says parent Kari Dugan.

Superintendent Art Tate did not attend Tuesday’s night’s board meeting. Johanson says he plans to meet with Tate Wednesday, May 30, to discuss the board’s next steps.