Not math or science or history, but safety is the subject of discussion as the Bettendorf Community School District looks at new ways to respond and react durin... 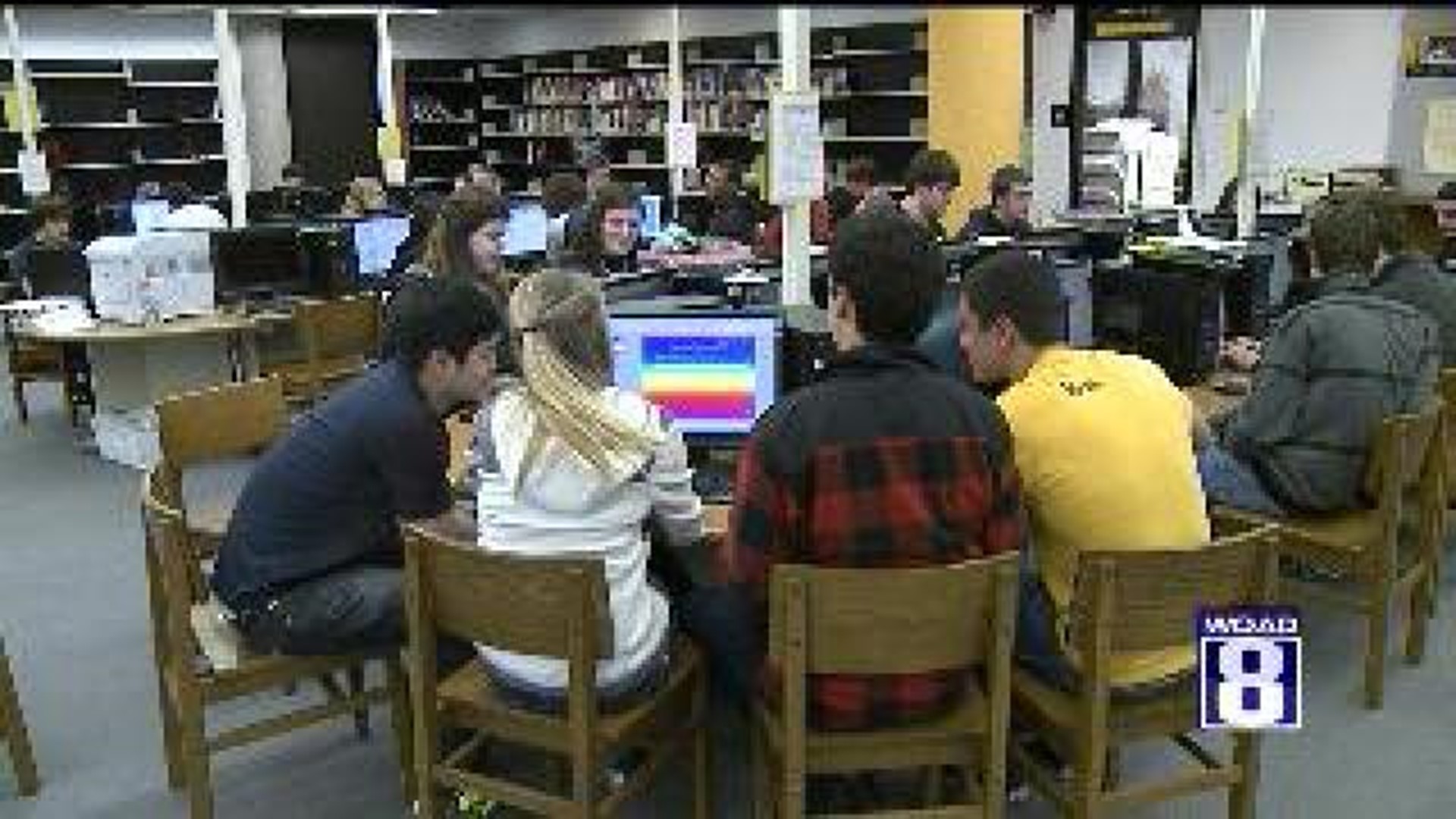 Not math or science or history, but safety is the subject of discussion as the Bettendorf Community School District looks at new ways to respond and react during an emergency.

On Tuesday, January 29th, 2013, school officials held the first of two community meetings at the Mississippi Bend AEA, located at 729 21st Street in Bettendorf. Another meeting will be held on Wednesday, January 30th, 2013 at the same location, starting at 6pm.

Tonight, more than two dozen people showed up to hear more about A.L.I.C.E., an approach that gives students and staff additional options in the event of an armed intruder.

"Based on statistics, many more die than are injured from these events, which means unfortunately these people are being extremely successful in what they're intending to do," said Superintendent of the Bettendorf Community School District, Dr. Theron Schutte, who sat down with WQAD for an interview Tuesday afternoon.

Dr. Schutte wants to take that control away from the intruder and give it to the people sitting in the classroom through the use of A.L.I.C.E., which stands for - Alert, Lockdown, Inform, Counter and Evacuate.

Lockdown is an option most students and teachers are already familiar with, but Dr. Schutte says the A.L.I.C.E. approach adds some additional tools.

For example, instead of using codes to "alert" staff on what kind of emergency is happening in the school, Dr. Schutte says staff would be very specific as to what is going on and where it's happening.

"That way, depending on where students and staff particularly are, they can make a determination whether lockdown – which is probably still going to be our primarily option – occurs or if they’re in a position where they can make a decision to evacuate," he says.

The "counter" option would, Dr. Schutte says, only be used as a last resort, but could be helpful in confusing the intruder and interrupting their plan of action.

"That confusion might be created by moving around, running, trying to get into a position where you might be able to escape," he says. "It could be by throwing objects, anything they could get their hands on. By doing so, it creates a scenario that the person isn’t expecting."

Dr. Schutte says putting A.L.I.C.E. into action includes training staff - and to some extent - even students, possibly at the high school or junior high level.

Parents who attended Tuesday's meeting say that part is a little concerning, especially when it comes to elementary school students, but when it comes to their safety, those News 8 spoke with say they're open to anything.

"Anything is better than nothing," says David Fuglseth, who has a daughter in 2nd grade as well as two younger daughters who are not in school yet. "Anything we can do to inform our kids of some of the new dangers that we face and some of the things that have become more real in recent years is the best thing we can do."

"I'm pretty impressed with what they had to say," adds Dan Newman, who has five children, including two in school. "Our son is 10. He's going to be in junior high next year so I'm not too worried about his age, but it's how they talk to the young kids and not freak them out about what's going on, but I'm in full support of it starting."

Dr. Schutte says that's one of his hesitations as well, but they will be coming up with specific plans on how they use the A.L.I.C.E. approach differently between high school students and elementary school students. They plan to present their ideas to the Bettendorf School Board on February 4th.