Voters have made their selection of four candidates running to represent the Bettendorf School Board. 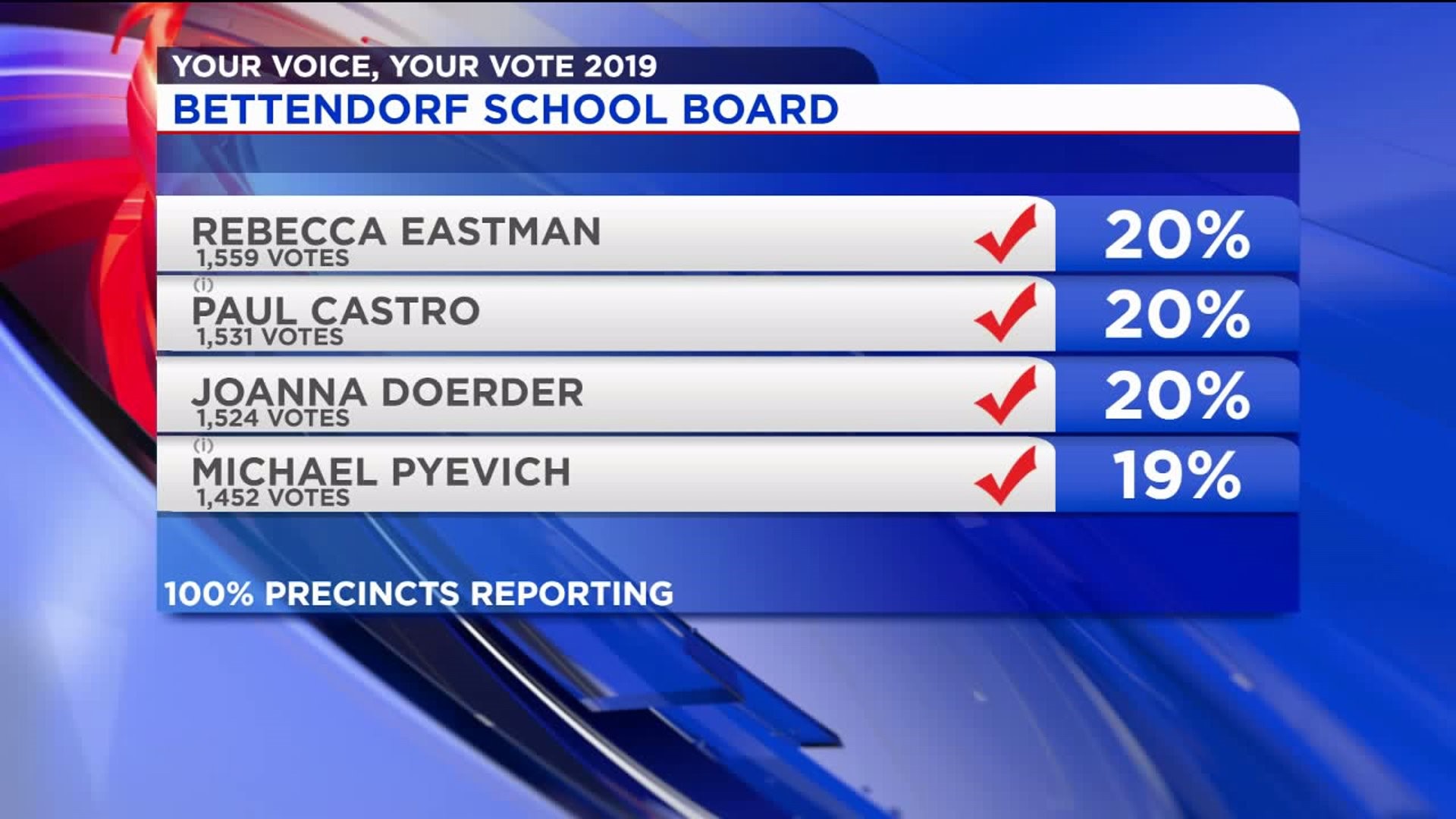 BETTENDORF, Iowa -- Voters have made their selection of four candidates running to represent the Bettendorf School Board.

Paul Castro and Michael Pyevich were seeking re-election.  Castro has 18 years of service under his belt; Pyevich has four.

Community members had the chance to meet and hear from the candidates in mid-October at a live candidate forum.

The four people who were elected will assume director positions on the board.

Steve Geifman and Gordon Staley were not seeking re-election.