MAP grants for a number of Augustana College students are only getting partially funded from the State of Illinois, and now campus leaders are looking to help o... 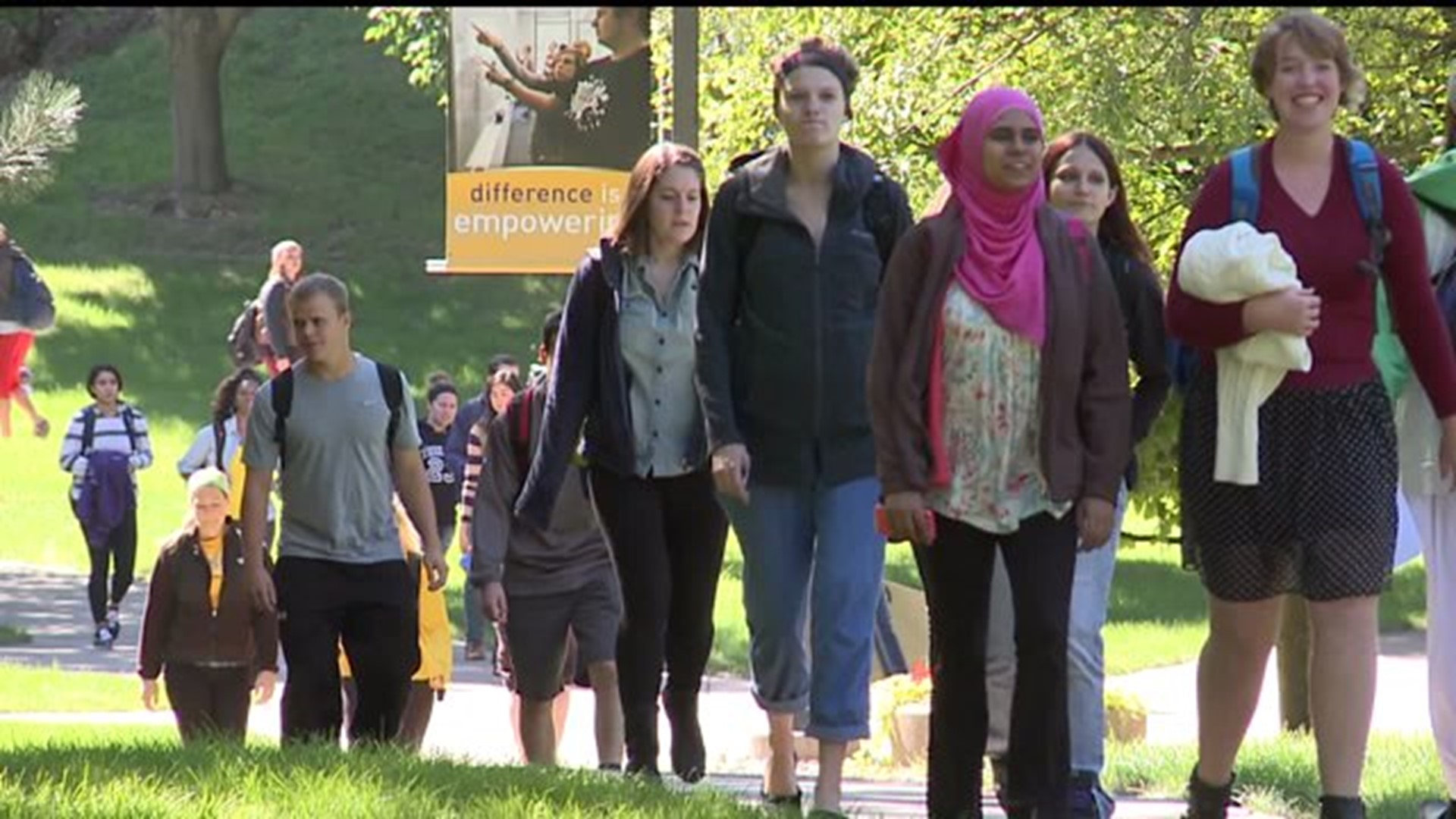 MAP grants for a number of Augustana College students are only getting partially funded from the State of Illinois, and now campus leaders are looking to help out where they can.

As the battle over the budget in Springfield progressed, staff at Augustana understood that getting funding for the MAP grants was going to be difficult. Right now, the state is paying half of the $3.2 million promised to their 500 students eligible for the aid, but that isn't enough to keep students from worrying about whether they'd be able to afford their tuition. That's why the Augustana College Board of Trustees is calling alumni and friends of the school to collect money to help fill that $1.6 million gap.

School leaders have been working the entire month of June to raise money for the students. The trustees are also planning to match the funds raised by the time the drive ends on Thursday, June 30th, 2016.

"We want to make sure that our students that are currently enrolled have no concerns about being able to enroll and they rely on this funding, which we hope will be ultimately paid by the State of Illinois," Augustana College Executive Vice President Kent Barnds said.

Barnds says that while they wait for funding from the state, campus leaders are setting an example that their student's education comes first.

"We recognize that these are the neediest but very talented group of students across the State of Illinois, and we want to make sure that they're able to focus on their studies. That's why we've asked we've asked our alumni and friends to help bridge this gap," Barnds said.

Barnds tells WQAD News 8 that they are well on their way to reaching the fundraising goals, but they won't know for sure exactly how much was raised until their fiscal year ends on June 30th.

Even though the Augustana College Board of Trustees is asking for money now, they're hopeful that this is a one-time need and the MAP grants are fully funded for next year.