Davenport is turning part of it's riverfront into a destination playground as part two of it's Main Street landing project. 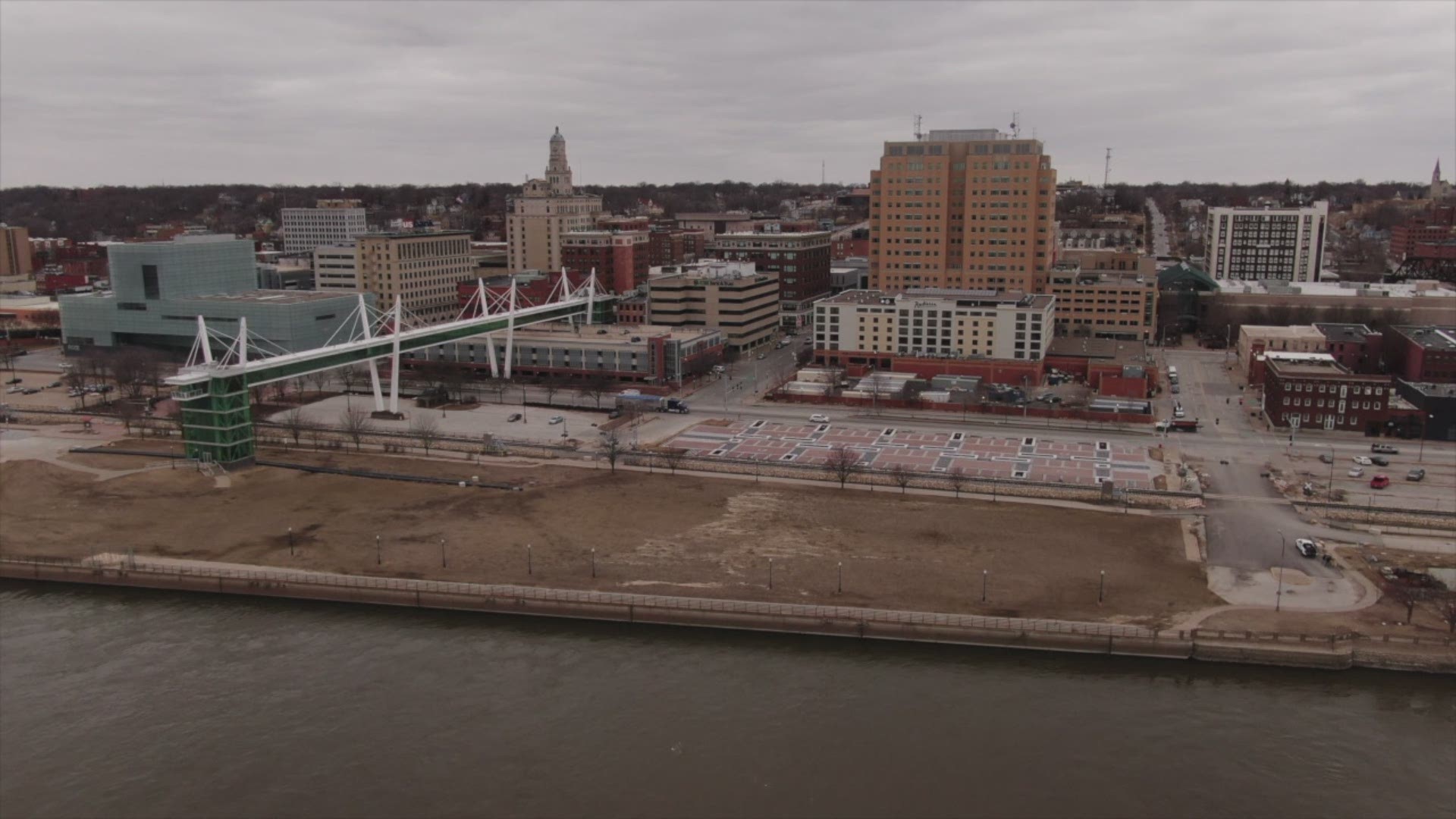 DAVENPORT, Iowa — Davenport is turning part of it's riverfront into a destination playground as part two of it's Main Street landing project.

"We want something distinctly Davenport," alderman Kyle Gripp said. "We don't have one in the Quad Cities. This is a playground that people from an hour or two hours away, on the weekends, will say 'Hey lets go to Davenport and play on this playground'."

Gripp said it's a way to get more people and businesses using the downtown riverfront area.

At the Wednesday, February 26th, council meeting, members approved moving forward with the project, by hosting a design competition.

It's where companies can submit designs and concepts for the two-acre field. The city has certain requirements, like safety from the neighboring railroad and accessibility for all abilities but Gripp said there is one requirement that is crucial.

"It has to be flood resilient," Gripp said. "We know that our riverfront floods, so the idea is you use topography and terraforming, so that when it floods, the asset is protected."

It is a $3.5 million dollar project, but Gripp said more funding is possible with grants and public-private partnerships.

Some residents told council, they think the millions should be re-directed to flood mitigation.

"I'd like to see the flood addressed first," Davenport resident Mary Maher said.

The playground is phase two of the city's plan to improve the riverfront. Phase one is wrapping up. The "Flex lot" can be transformed from a parking lot to an area for vendors, bands, and food trucks.

"I would really like to see with this awesome playground that it has brought people to the riverfront," Gripp said.