Downtown Davenport’s Main Street Landing is taking shape near the Sky Bridge. The city is adding more parking to the area with a new lot. It will add 66 p... 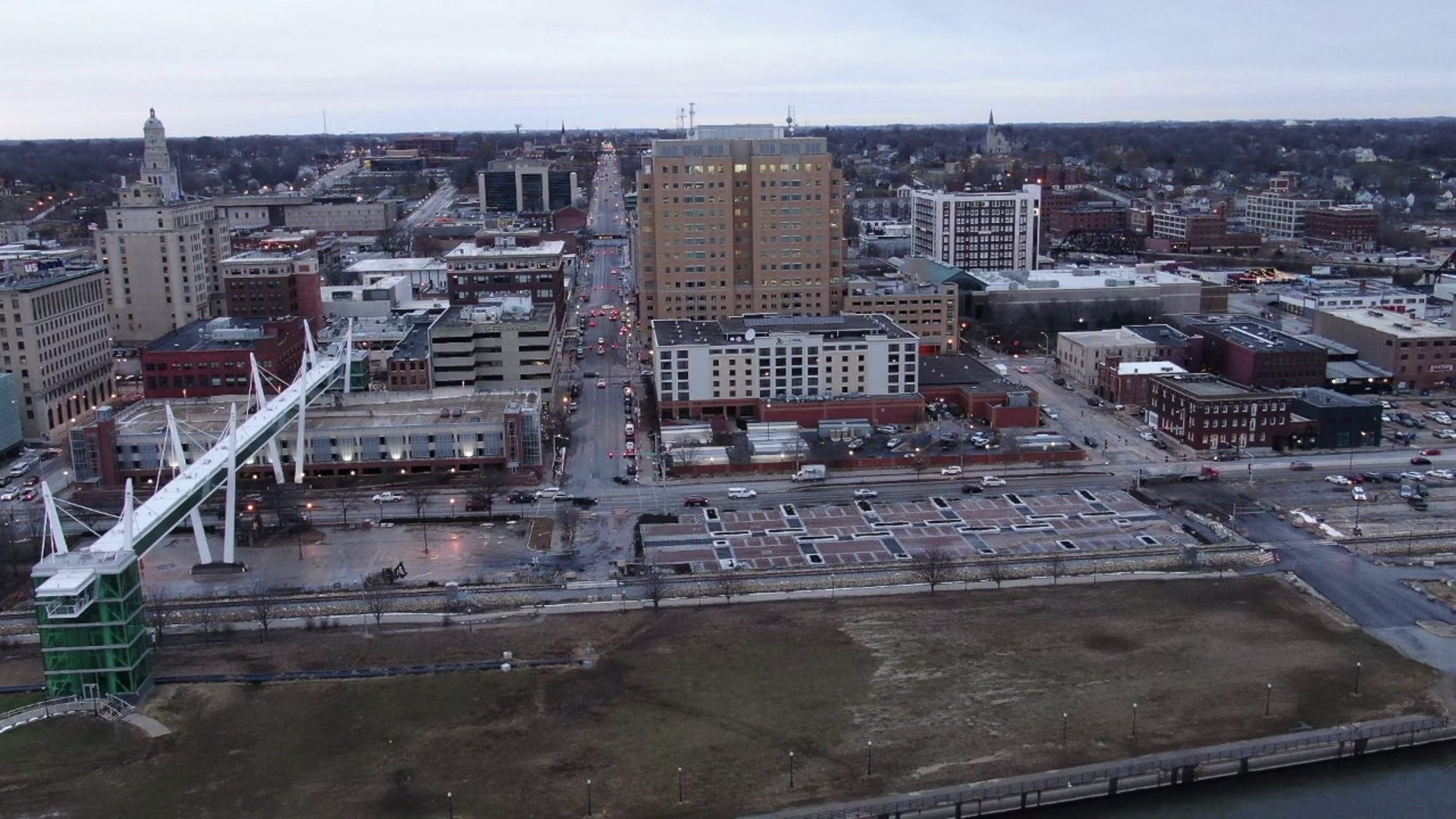 DAVENPORT, IOWA  -- Downtown Davenport's Main Street Landing is taking shape near the Sky Bridge. The city is adding more parking to the area with a new lot. It will add 66 parking spaces, six are ADA accessible. The lot stretches between Perry and Brady streets.

"A formal name has not been proposed at this time," Davenport Public Works Director Nicole Gleason said. "The working title is Flexible Event Space."

Gleason said they began work on the flexible lot in July of 2018. After flooding set backs, it is now set to be done in Spring.

"It's not very big,"Kyle Carter with the Downtown Davenport Partnership said. "It's a very modest size, which is a good thing."

Carter says it is called a flexible event space because it is flexible in its functions.

"This was an idea to make sure that we still had a more usable space other than just concrete," Carter said.

The lot is for vendors, like car shows, bands and food trucks, to host events. They can rent the space from the city and set up shop.

"It's a very usable event space that is right on the river front," Carter said. "It is very convenient for vendors, so you don`t have to bring in loud generators or have a lot of infrastructure. It will be a very cost efficient way to have an event on the river."

Carter says when the lot is not rented out by vendors, it will be used for seating and parking for downtown businesses.

"I think the new flex lot on River Drive will be a welcome addition to the downtown area," Co-owner of Front Street Brewery Tim Baldwin said.  "Anything that brings people to downtown, specifically in the vicinity of either Front Street location, certainly has my blessing. I like the idea of scheduled food truck events, but am opposed to any permanent food truck operations on the lot.  Food trucks are an important feature in any active urban environment, but too much of a good thing could be detrimental to the brick and mortar restaurants who pay rent, mortgages, property taxes, and who generally have significantly higher operating expenses than seasonal restaurants on wheels."

The lot is costing the city more than $ 2 million.

Carter says it's because the lot has water and electricity running underneath it, making it easier for vendors to plug in.

"We are funding riverfront development at $1 million per year," Gleason said. "When the flex lot was first envisioned, the intent was to put it within one year’s funding of $1 million.  However, during design and bids, it became clear that it was going to be more of that. It is a little different for the Main Street Landing projects. The area under construction was going to be a little more than $2 million, so multiple years worth of funding."

Carter says that since all the water and electric wiring runs underground, the lot is considered to be flood proof.

"I think the city did a great job on the design, and I feel it fits well with their vision for the Riverfront." Baldwin said. "I also think the design is capable of handling the flood waters it will surely see in the coming months and years."