An emotional plea: Davenport leaders beg the community for help in downtown shooting 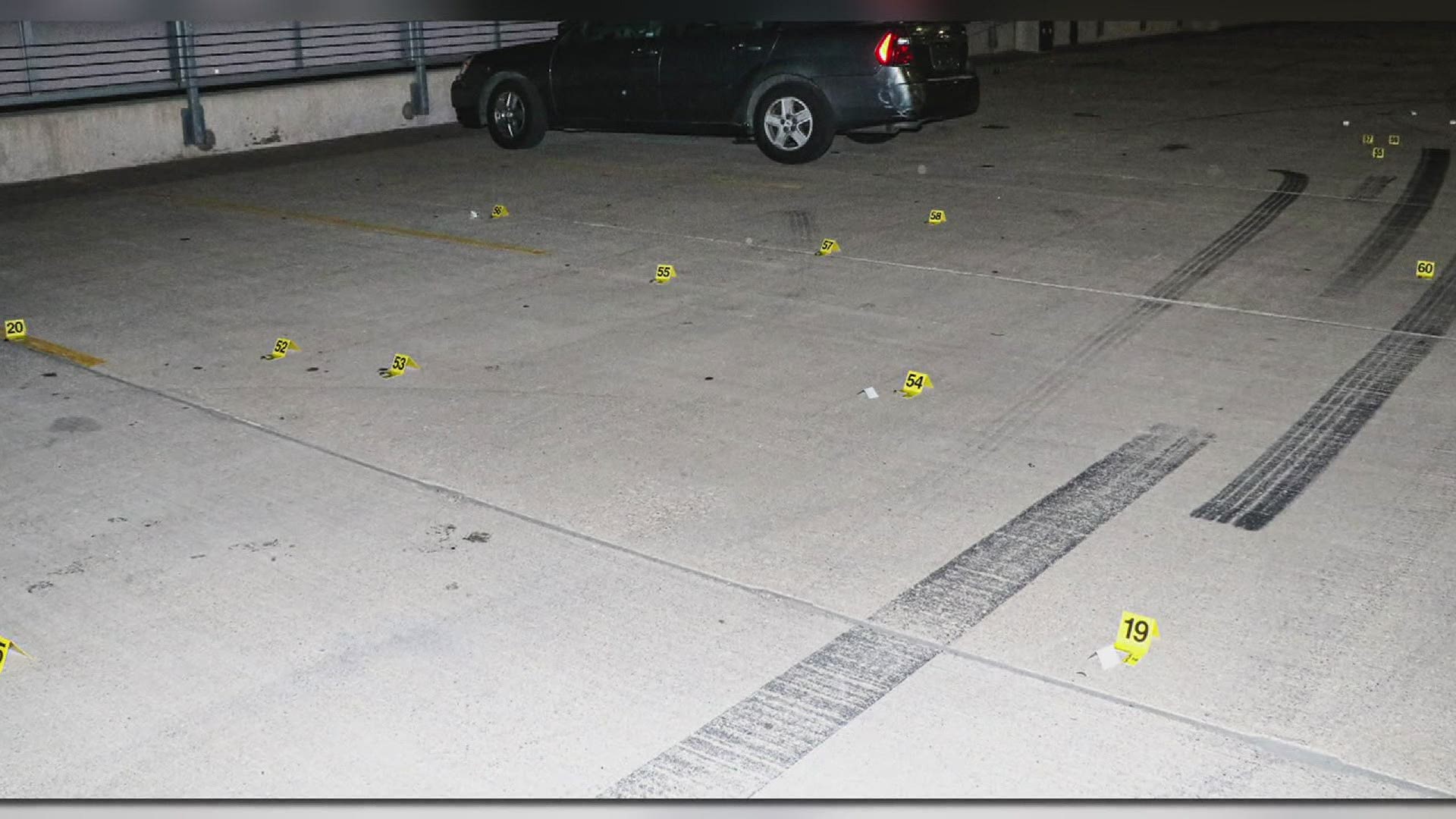 DAVENPORT, Iowa — Davenport leaders are now begging the community for help after a weekend shooting in the city's downtown.

Around 1:30 in the morning on Sunday, June 6, there was a large group of people gathered on top of the Redstone Parking Ramp in Davenport. After reviewing security footage, police now estimate there were 20-25 cars there and around 80 people.

On surveillance footage released by the department, there appears to be some sort of disturbance amongst the crowd gathered on top of the ramp. All of a sudden, weapons are drawn and shots are fired off.

Miraculously, no one was injured or killed in the shooting, but several bullets struck Davenport's Skybridge and Figge Art Museum. The bridge is closed for the time being and the museum says it will take months to replace all of the custom glass windows blown out by the shots.

When officers arrived on the scene most of the people at the ramp had already fled, but Police Chief Paul Sikorski says there were still enough there to worry police about the potential for an active shooter situation.

And that's where he says the real roadblock began, since no one the police questioned seemed willing to talk.

"Officers began to secure the parking ramp and they attempted to interview people that were on scene and part of this disturbance," said Sikorski during a Monday evening press conference. "They received limited cooperation and several people who were there basically told officers they didn't see anything."

He says that's why the city chose to release security footage from that night, hoping someone from the public would see the video and recognize either something or someone that would be useful to police. 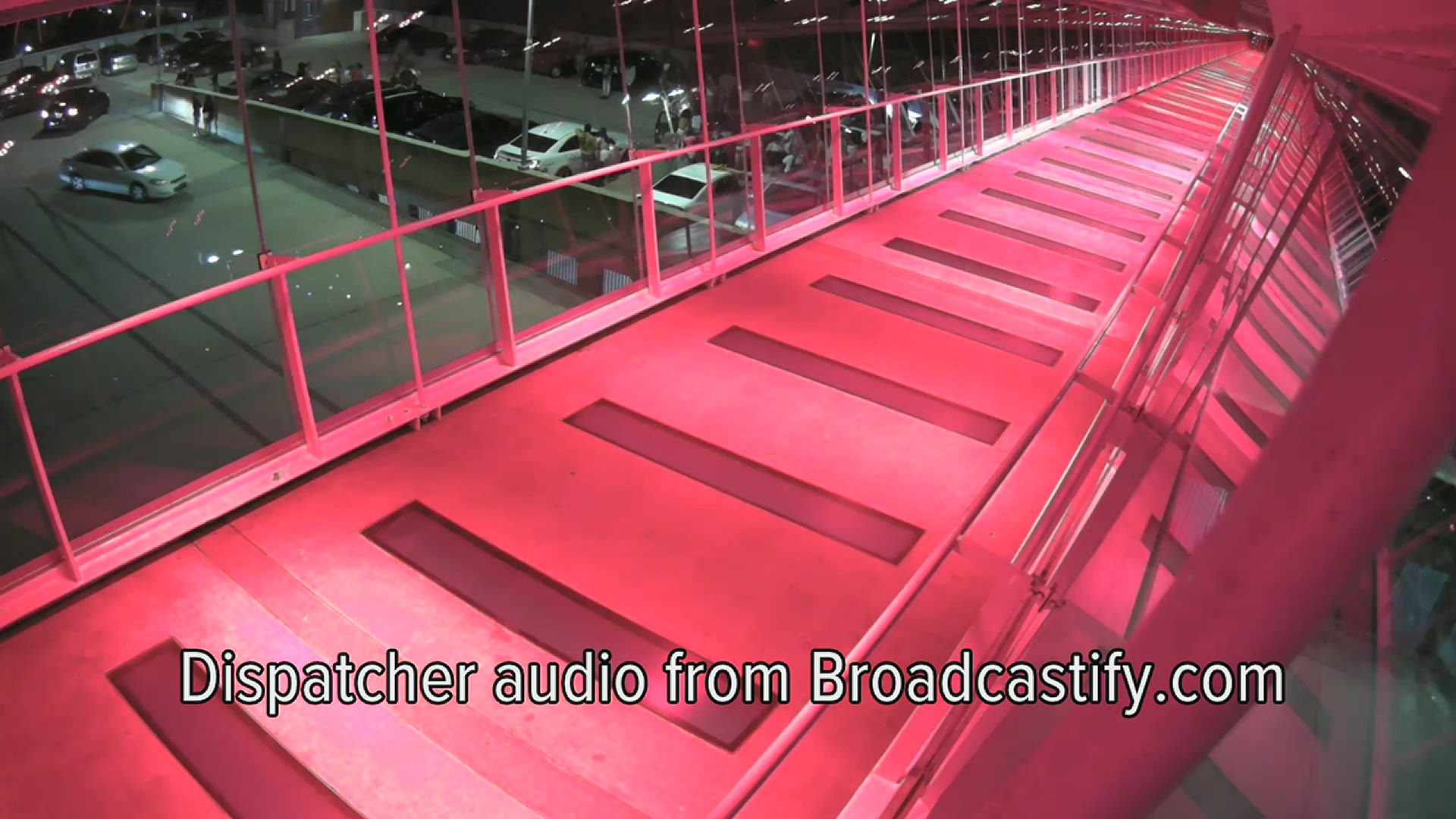 The chief seemed frustrated throughout much of the press briefing - a sentiment shared by Mayor Matson who just announced the formation of his new community-based task force meant to help stop violent crime less than a week ago.

If you recognize anyone in the surveillance video, hear anything, or see anything on social media, Davenport police are asking that you call them at 326-7979.

But the mayor and the chief weren't the only ones present at Monday's press conference. The city invited three leaders from within the community to speak on the violence that, according to DPD, is reaching record-highs. Members from the NAACP and local churches spoke on their own frustrations, and made a direct call to the rest of the community to step up as well.

"This can no longer happen," said Rev. Melvin Grimes of Tabernacle Baptist Church. "I don't want to have to do anymore funerals. I'm tired of writing condolences to parents who have lost children - young people - who are part of this violence and victims of this violence."

Echols said it's past police and now on parents and the rest of the Quad Cities to stand up and step up, asking for anyone with information to reach out to DPD.

"We cannot allow this type of action to continue. We have to stand together be together and be the voice and the grit of this community," he said. "We march for police brutality, we get so enraged by that. But when are we going to get enraged about our 14-year-old young men and women dying? By a gun, by bullet. When are you going to feel that, community? [...] Where are you?"

Davenport police are asking for help after a weekend shooting downtown that left behind nearly 80 shell casings. They've released surveillance footage, hoping someone will recognize something.