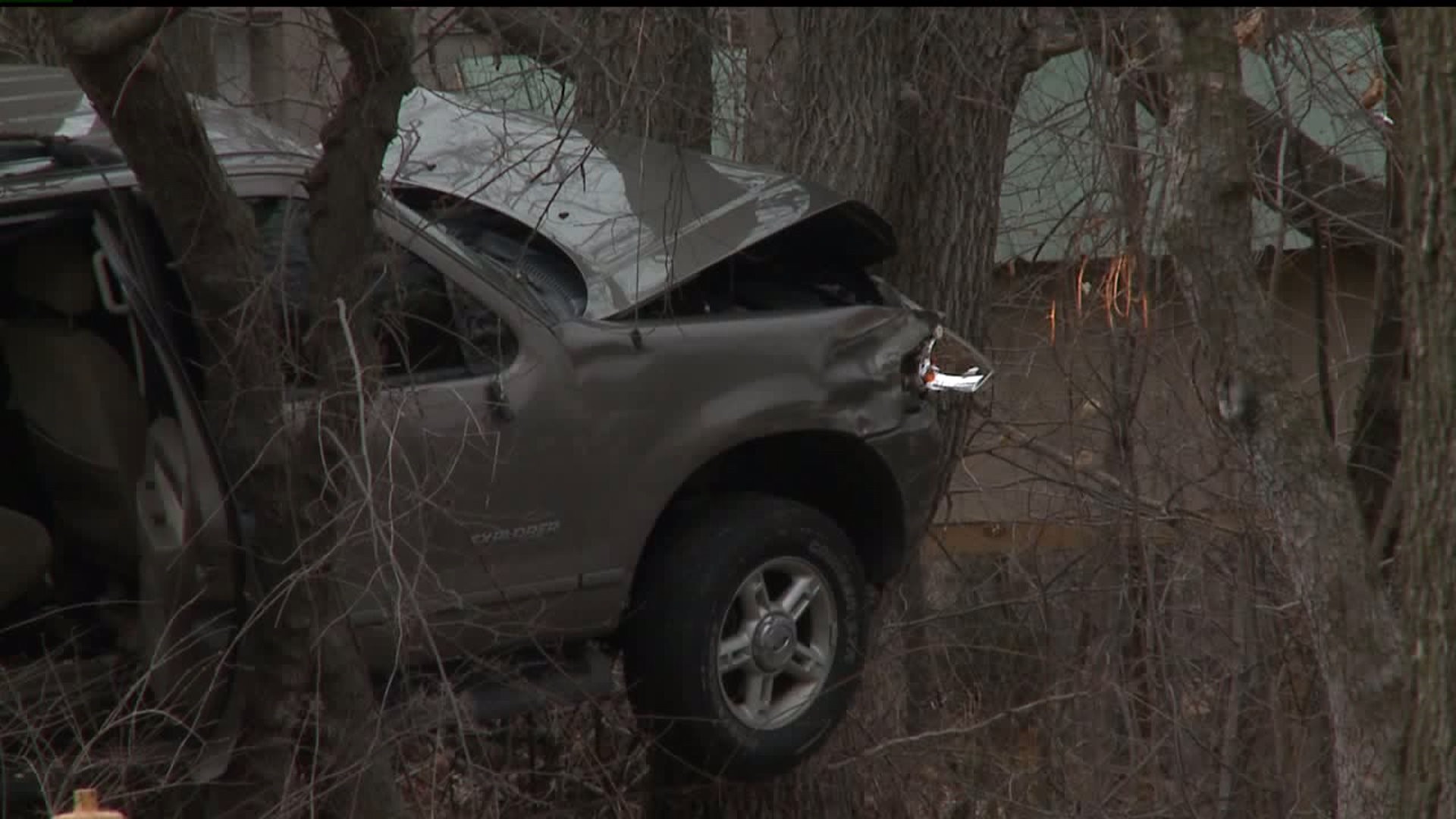 Officers began two separate pursuits of the vehicles in the 2800 block of Eastern Ave. around 5:50 p.m., but they quickly lost track of one, a silver Ford Fusion.

The second vehicle, an SUV, led police on a chase that sometimes reached speeds of up to 100 MPH and lasted for about 15 minutes, until it crashed into a tree near the intersection of Ridgewood Ave. and Hillcrest Ave.

During the chase, the SUV side-swiped two uninvolved vehicles, causing minor injuries to one of the drivers.

Four occupants in the SUV were arrested and are being held without bond, and one of them was treated for minor injuries. Officers also confiscated two handguns from the vehicle.

Edwin Goodwin, 19, of Davenport, was charged with 2nd degree theft, felony possession of a weapon, driving while barred, felony eluding, leaving the scene of an injury accident, and intimidation with a weapon. Goodwin was also charged for an outstanding warrant for five counts of 1st degree robbery and another for failing to appear in court for operating a vehicle without owner's consent.

The three other occupants--all juveniles--were all charged with 2nd degree theft, intimidation with a weapon, and carrying concealed weapons. They are Charrle Burrage, 17, of Davenport; Nessiah Clark, 16 of Davenport; and Darion Thomas, 17, of Bettendorf.

Thomas was also involved in two separate shots fired incidents on March 11th--one in the 400 block of S. Dittmer St. and the other in the 1300 block of Brady St. He is charged with two additional counts of intimidation with a weapon.

The Fusion was later found, unoccupied, in the area of 1700 West 12th St. It had been stolen from the area of 5600 Jersey Ridge Rd. earlier Tuesday. Police are still investigating.

The chase was the result of police investigating shots fired earlier in the 1200 block of Warren St. around 5 p.m.

This a developing story. We will update this story as more information becomes available.