The teenage girls were found nearly two hours away in Princeton, Illinois after a search that stretched from Thursday afternoon into Friday morning. 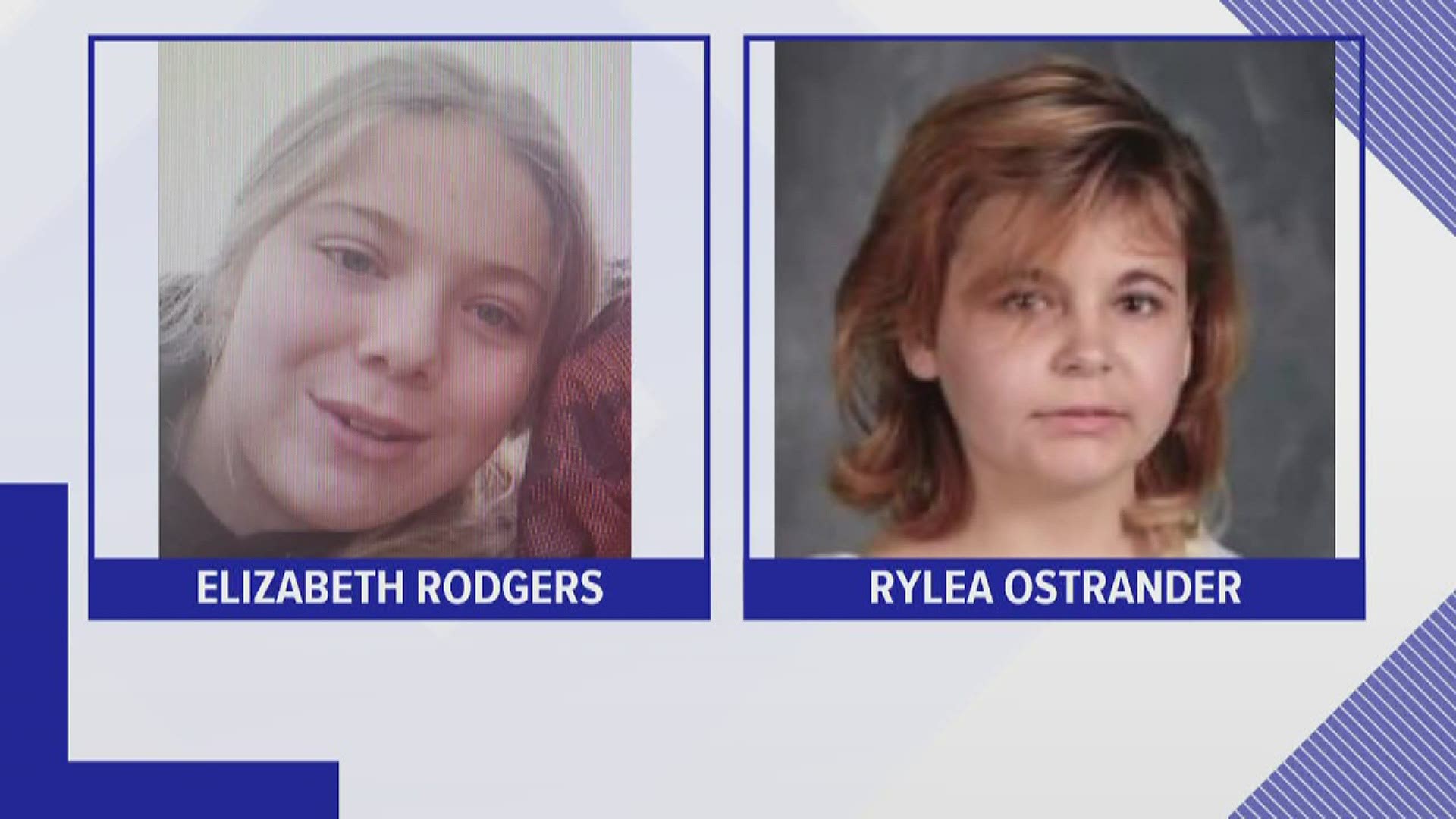 14-year-old Elizabeth Rogers and 13-year-old Rylea Ostrander were reported missing on Thursday afternoon after taking a bus from their school back to Lost Nation. From there, the two were then seen walking to Rustic Park in Lost Nation, before they were said to be missing.

Later, police found a lone backpack in the park.

From there, Rustic Park would become the center of an hours-long search involving multiple counties and several departments, including the Iowa Division of Criminal Investigation. Officers from the Clinton County Sheriff's Office, the Jones County Sheriff's Office, Iowa State Patrol, the Illinois State Police, and the Lost Nation Fire Department reported.

RELATED: Teen charged with murder after 17-year-old dies in shooting at a Galesburg gun store

But on Friday, Dec. 8, some good news broke through, after reports of the girls being found.

By 10:30 that morning, Special Agent Richard Rahn with the Iowa DCI confirmed that they had been discovered near Princeton, Illinois, by Illinois State Police.

Why the girls were found, nearly two hours away from home, and if they were alone, has not been confirmed by police at this time.

Investigators say do not believe the girls had been abducted, and that they don't think foul play or criminal activity had taken place.

"We just want the general public to know and be aware of the fact that they are located, everybody is safe, this is not an abduction at this point, we don't believe it to be the case," said Rahn. "It is a situation where they took it upon themselves to travel to a certain location."

Rahn, who has notably worked on other high profile cases, including Mollie Tibbetts' murder, says he's grateful both girls were found quickly, and unharmed.

"Anytime that these things occur it’s troubling and concerning, but we do our best to try and locate them in a timely manner. And we also appreciate the public’s help and assistance in this because anytime that they can give us any leads or assistance in trying to locate two young girls like this, it always helps us out quite a bit," said Rahn. "We hate it when we hear about young girls like this going missing, or young men, or whatever the case may be. So anytime that we find out that they haven’t been abducted and that they are safe, all the better. We’re happy about that."

RELATED: US Attorney for Southern District of Iowa resigns

One Lost Nation resident, Amy Manning, has lived in the community since her children - including one the same age as the girls who had been missing - were little. She says when she found out about their disappearance, late Thursday night, she was shocked.

"There were so many cars and people walking around with flashlights looking for them," she remembered. "When I first heard about it, I'm like, 'No, not here!' My kids grew up here. We moved here when they were little. So it's very scary to find out you know what happened. Very scary."

Manning says once they were found, and unharmed, all she felt was a big sigh of relief.

"Very much happy ending. For sure. I'm glad," said Manning.