A 61-year-old Illinois man has been given 25 years in an Iowa prison for shooting at vehicles along Interstate 80 in eastern Iowa. 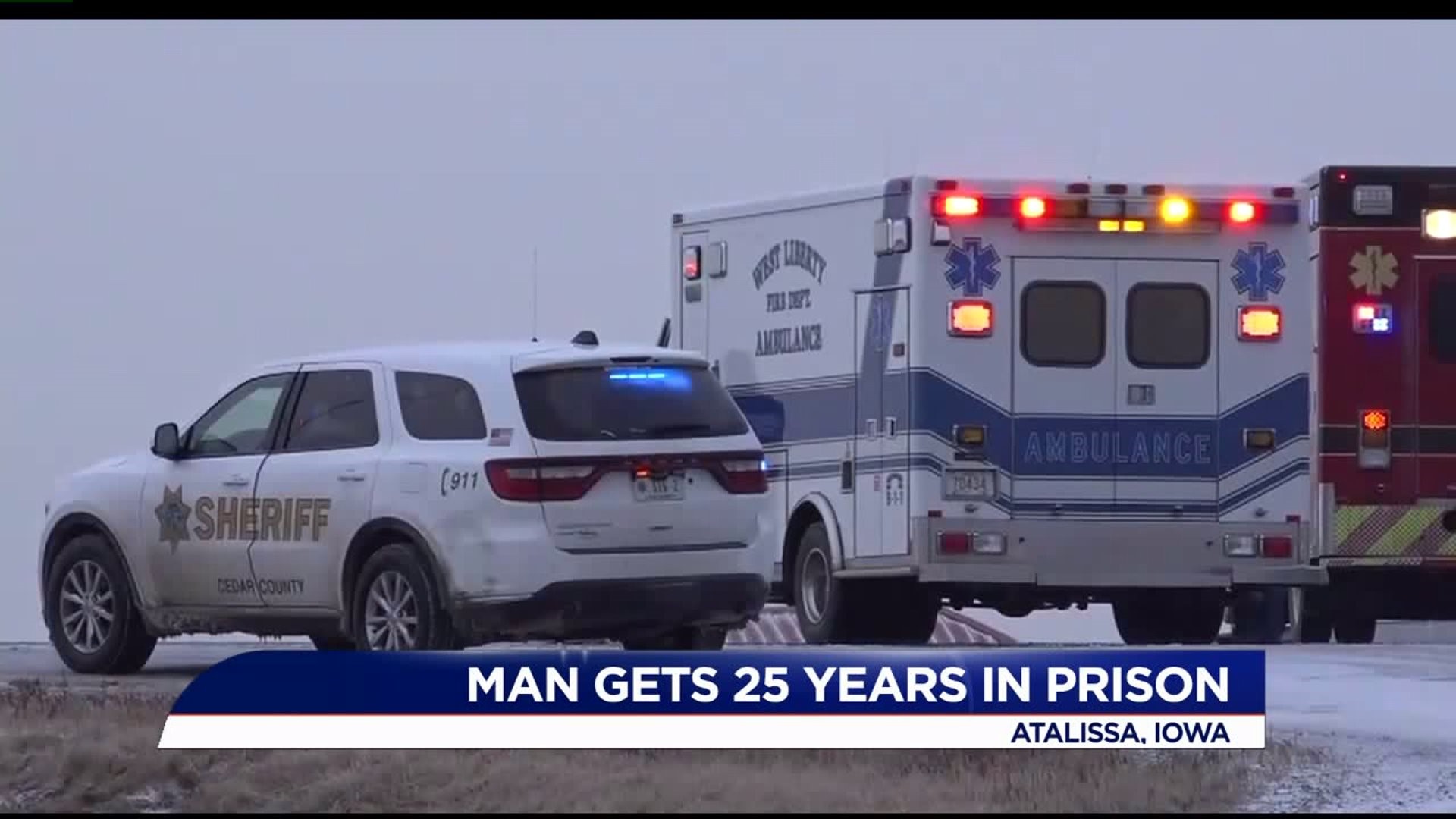 TIPTON, Iowa (AP) — A 61-year-old Illinois man has been given 25 years in an Iowa prison for shooting at vehicles along Interstate 80 in eastern Iowa.

Cedar County District Court records say Charles Johnston, of Belvidere, Illinois, was sentenced Friday in Tipton. He'd pleaded guilty to assault on an officer and four counts of intimidation with a dangerous weapon. Prosecutors dropped charges of operating while intoxicated and attempted murder in return for his pleas.

Authorities say Johnston fired several shots on Jan. 11, 2018, at a rest area and at a semitrailer at a gas station and then at an Iowa state trooper. A court document says Johnston had become obsessed over a family supposedly killed in a collision with a semi and that he wanted to retaliate against a truck driver or truck drivers.

Johnston had been a teaching psychology at Harper College in Palatine, Illinois.