"We just thought how simple it is an act of kindness." 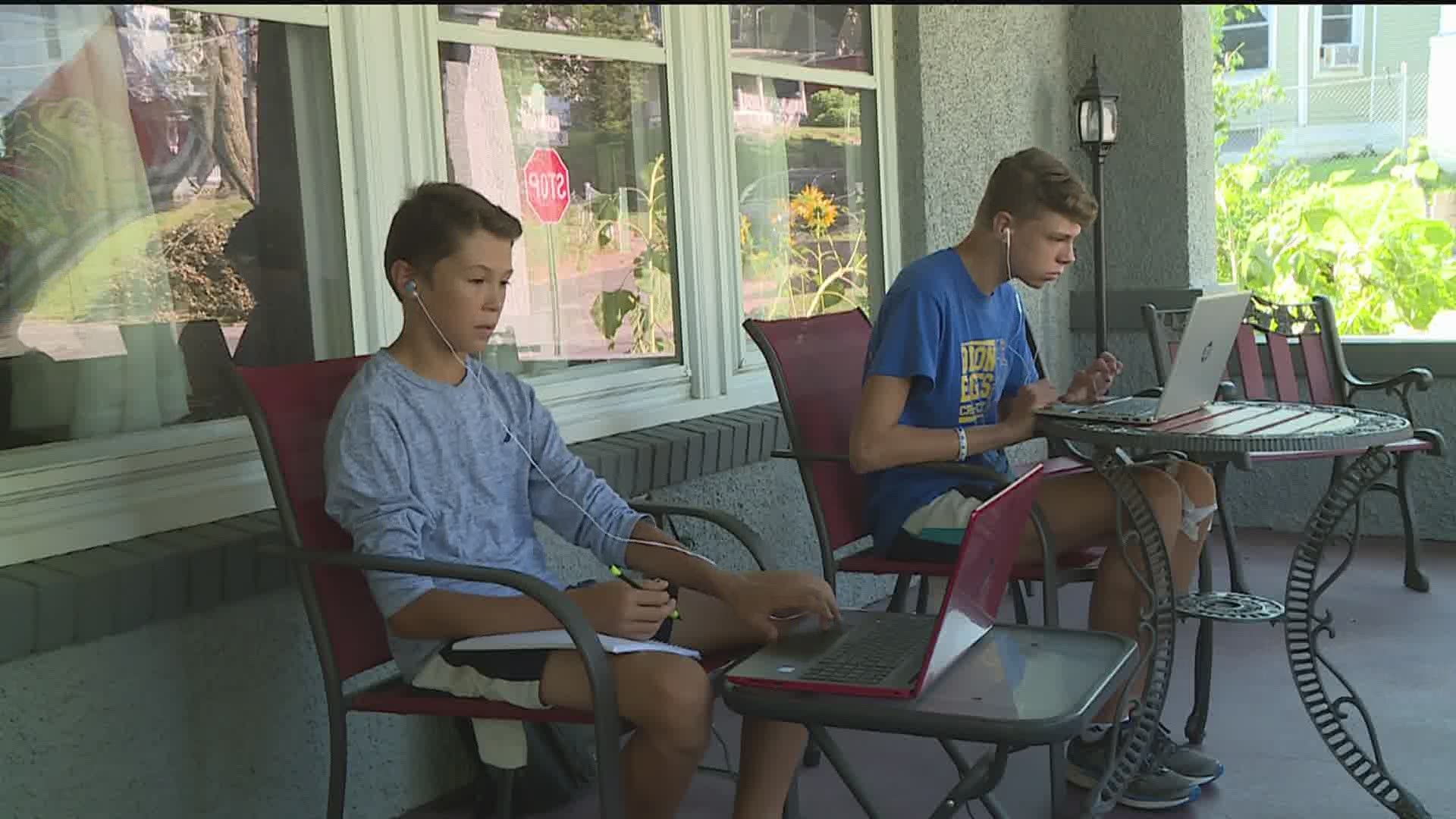 ROCK ISLAND, Ill. — A couple in Rock Island is helping out their neighbors in an unexpected way as a block comes together to get through the power outage.

For those neighbors, the classroom, looking a little different these past couple of days, with school from a neighbor’s front porch.

Deanna and Daryl Brekke opening their home to the students on the street who still don't have power or WiFi.

Daryl saying, “I see everyone doing what they can to compensate and help each other.”

Laura Mahn from across the street, sending her two sons over for school.

Laura saying, “When we realized that they have internet we just kind of flocked over here.”

The couple is one of only a few houses on the block to have their power and internet back.

The Mahn boys using the front porch for class, while the Brekke's grandchildren learn spaced out inside.

Deanna saying, “One on each floor of our house doing their remote learning.”

For a school year that didn't seem like it could have any more surprises, Gabe and Asa Mahn taken back by this one.

But the boys are grateful to live near neighbors willing to lend a helping hand.

The Mahns are not sure when they will have power back, with a giant tree down blocking the road and cutting power lines.

Laura, realizing there are down lines all over. “It just makes me realize there must be trees down everywhere because if that`s still there after three days I’m sure the rest of Rock Island is really suffering.”

In the meantime, neighbors helping one another to get through an unexpected obstacle.

Deanna, saying they will be providing internet for school, for as long as needed.

“It is a kind community. We have a wonderful neighborhood that it makes a difference to just be kind.”

As of today, over 1,000 people in Rock Island were still without power.