After the derecho hit Monday, B&B Lawn Equipment sold out of its stock of generators within 45 minutes the next day. 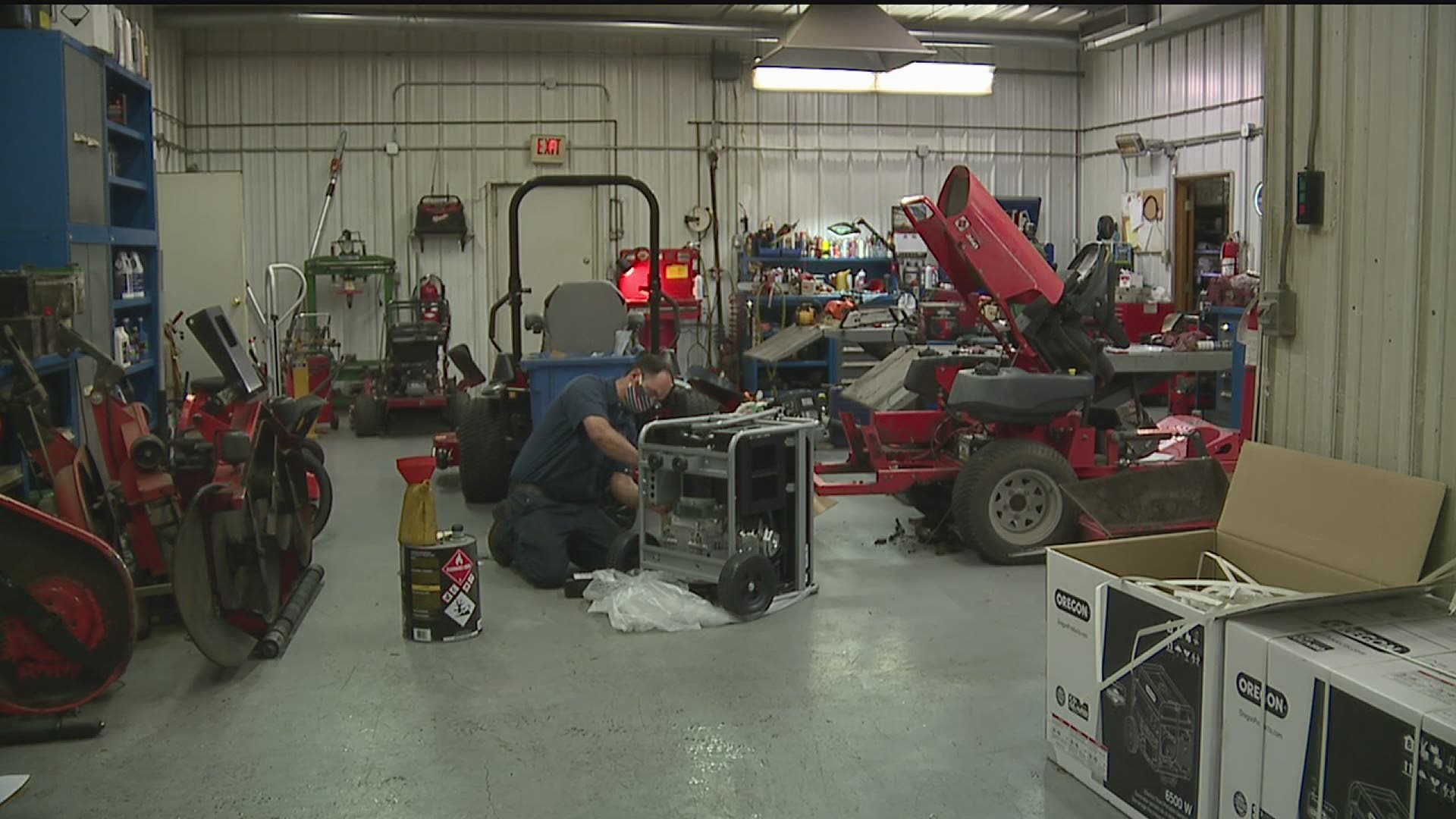 GENESEO, Illinois — Even though B&B Lawn Equipment's second shipment of generators arrived overnight, the store owners say they expect all of them to be gone by the end of Thursday.

So, their employees are hard at work to get those generators out to power customers' homes.

"We ended up getting (about 30 generators) at 2:37 this morning, so we got down here and started assembling," Part-owner Tim Boone says. "Most of them are spoken for... and as soon as my guys got here, it was essentially, as they say, game on."

Boone and other employees say their phones have been ringing off the hook since Monday's storms.

"It's quite intense at our shop," Boone says. "We have paused all other portions of the shop and were trying to attend to only storm-related activities."

He says he's seen some fresh faces stopping by, and they're not just shopping for generators.

"We had an influx of Iowa customers... (shopping for) chainsaws, oil, chains, generators, anything really disaster-relief related," Boone says. "When you see something like this, you definitely get a spike in sales."

The store is expecting another shipment of generators either Friday or next Monday.

Geneseo resident Debbie Mattan says she and her family are still without power since Monday's storms, which the longest outage they've seen in 20 years.

But, at least they have a little help -- a generator to keep a few lights and the refrigerator running until the power comes back.

Like many people across the Quad Cities still without power, she hopes it comes back soon.

"I'm really hoping it comes on before Saturday at 3 P.M., which is the projected time (for some people)," she says.