This is the first confirmed case in our area, but the scam has cost Medicare billions of dollars nationwide so far. 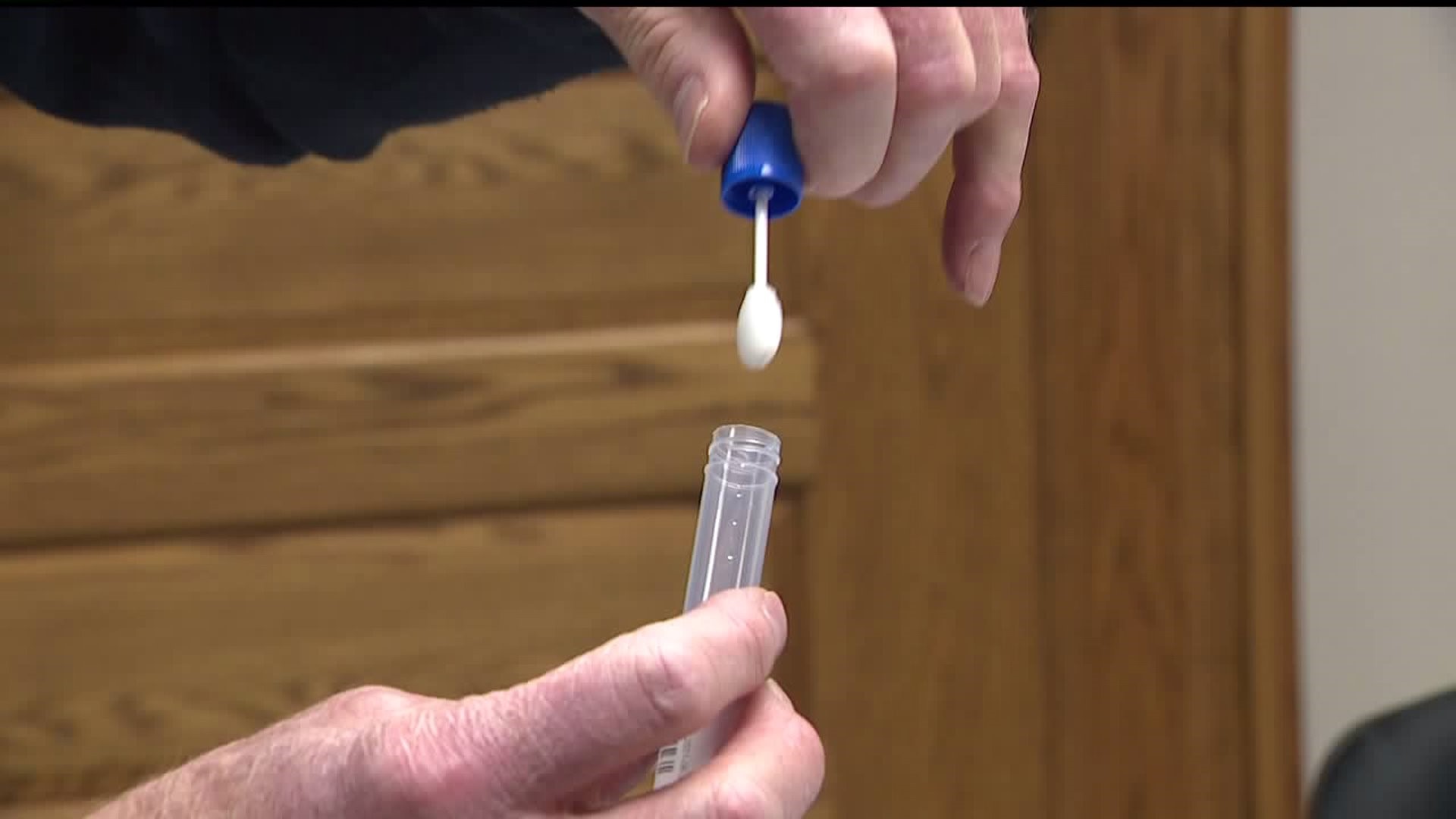 CLINTON, Iowa-- A $2B Medicare scam that's hitting the nation has now claimed a victim in Clinton County. It's called the Double Helix Scam, and the crooks are out for your medicare number and your DNA.

Two DNA swab kits were went to Sharon Sloane in Camanche, Iowa. She says it was marketed as an easy way to screen for all types of cancers. All she had to do was swab the insides of her cheeks, send the samples back, and give the person on the other end of her phone her Medicare number.

"I have no one in my family who has cancer, but I suppose it wouldn't hurt to have tried it," says Sloane. "They said Medicare would pay for it."

Sloane disclosed her Medicare number, and a company called Cleargate Labs from Saint Petersburg, Florida, sent her the swabs. But Sloane got cold feet and never sent in her DNA samples. She says there were too many red flags, and she suspected it was a scam.

Clinton County Sheriff's Department's scam expert, Randy Meier, says Sloane was right. She had fallen victim to the Double Helix Scam. He says this is the first confirmed case in our area, but the scam has cost Medicare billions of dollars nationwide so far.

"It is an assault on Medicare, but it can also ricochet off to the consumer because if Medicare doesn't pay for the item, then the bill goes back to the consumer, and they're on the hook for it," says Meier.

"I did give them my Medicare number which I should not have done," says Sloane.

But it could have been worse if Sloane would have followed the instructions further.

"She could have ended up giving her DNA too. We're always on guard against giving away things like our credit card number or Social Security number. Those are just government issued identifications. Your DNA is your body. That's something extremely personal you should be safeguarding that. Who knows what the plan was for that? Your imagination's the only limit on what they could do with that," says Meier.

Meier says a simple swab claiming to test for all cancers doesn't exist.

"If it was a real thing, wouldn't we be doing it annually? And your doctor would tell you just like you’re getting your blood pressure checked, but no. It's not a screening tool. It's not a diagnostic," says Meier.

He says there are DNA swab kits that test for specific markers in DNA for specific types of cancers. But even then, that wouldn't mean a person has cancer. If the specific marker is found, it could make them more at risk of developing cancer in the future.

Now that Sloane's reported it, she's working with Medicare to get a new number. In the meantime, she's sharing her story so other's don't fall for it, too.

"Be careful, be careful," says Sloane.