TIMELINE: A look at the 1986 John Deere / UAW strike and the current negotiations

Employees say they want to see the same benefits their parents and grandparents received, including a fully-supplemented pension and post-retirement healthcare plan. 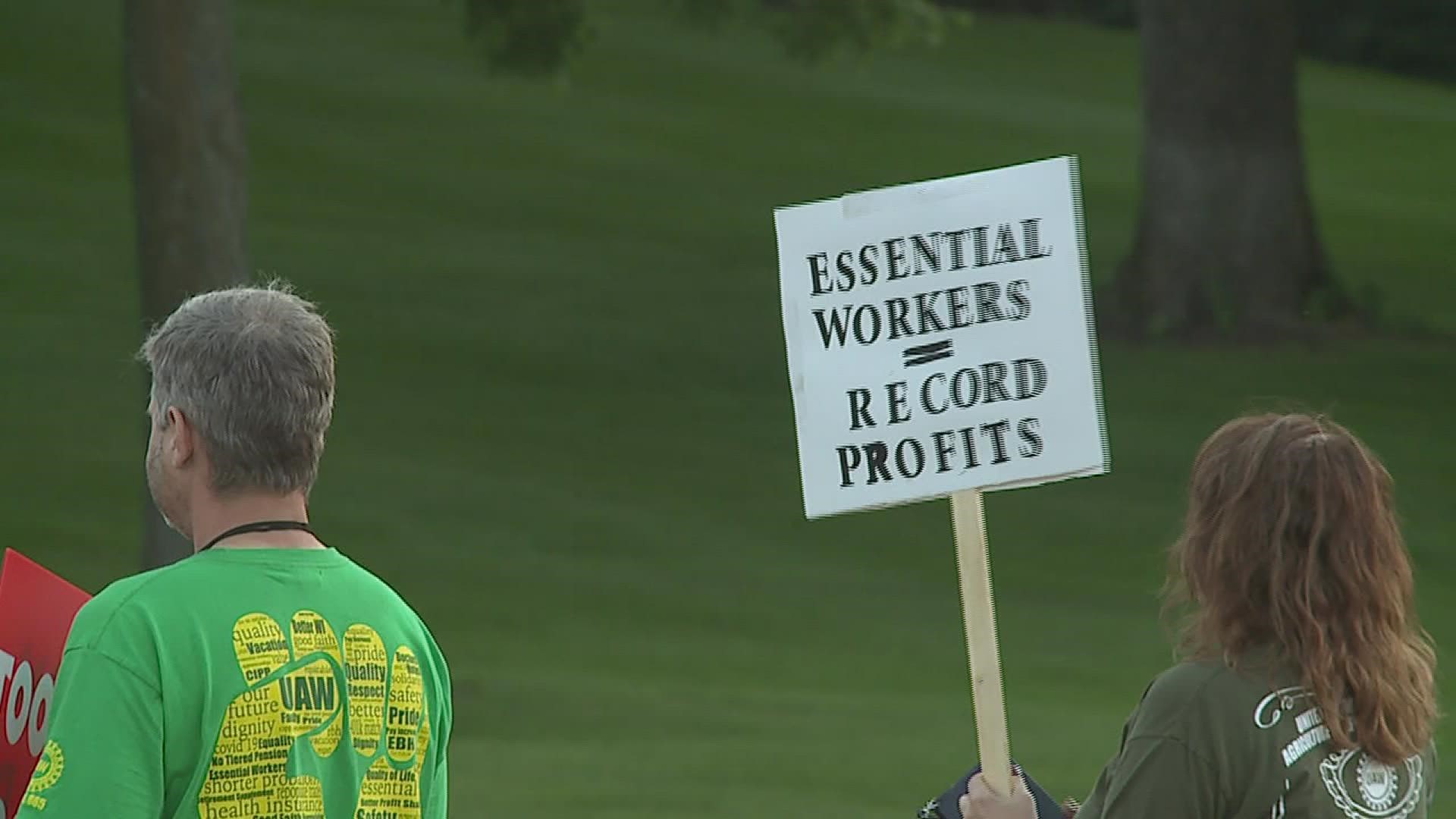 The last time the United Auto Workers (UAW) went on strike at John Deere and Company was in 1986, a strike that went on for 163 days.

According to the New York Times, the lengthy, and at times violent, strike caused record losses for the company and resulted in the John Deere's board of directors cutting dividends to shareholders in half. It took the dividends per share from 12.5 cents to 6.25 cents.

The most recent contract negotiations were in 2015 which passed by a fewer-than-200 vote margin.

On Sept. 12th, 2021, John Deere employees that were part of the UAW voted to pass a strike authorization. It's a contract that affects more than 10,000 employees across 12 Deere facilities.

Employees we spoke to say they wanted to see the same benefits their parents and grandparents received. This includes things like a fully-supplemented pension and post-retirement health care that could pass on to a surviving spouse in the event of death.

A couple days after the strike authorization vote, Union Workers at John Deere and Company gathered for an informational picket to bring awareness to their concerns.

John Deere released a statement at the time saying, "John Deere respects its employees' desire to voice their opinions." They went on to talk about the near 80-year relationship the union has had with the company and says they are committed to negotiations.

A Union Rep with the UAW, on current negotiations, said UAW is waiting to see if there is a tentative agreement drawn up by midnight Thursday, Sept. 30.

If no agreement is met by that time, workers could strike as soon as Friday morning; alternatively a tentative agreement could be written to provide more time for negotiations between the UAW and the company.

John Deere declined to comment specifically on the negotiations, but instead, offered this statement:

“Through the negotiations, John Deere is committed to ensuring that our employees continue to have the best wages and most comprehensive benefits package in the agriculture and construction industries. We’re currently unable to comment, however, on the status of those negotiations.”
- John Deere Spokesperson

As the clock ticks and negotiations continue, there is a possible ripple effect if a strike does happen.

Local financial expert Mark Grywacheski said Wall Street will be on high alert if a strike does happen.

"John Deere has done a good job of weathering the economic storm of the global pandemic," Grywacheski said. "That success has been reflected for a record high for John Deere stock this year. Like many manufacturing companies, John Deere has been dealing with these ongoing disruptions to global supply chain issues... and I think Wall Street will be heavily focused on any other disruptions for manufacturing output that any potential strike could bring." 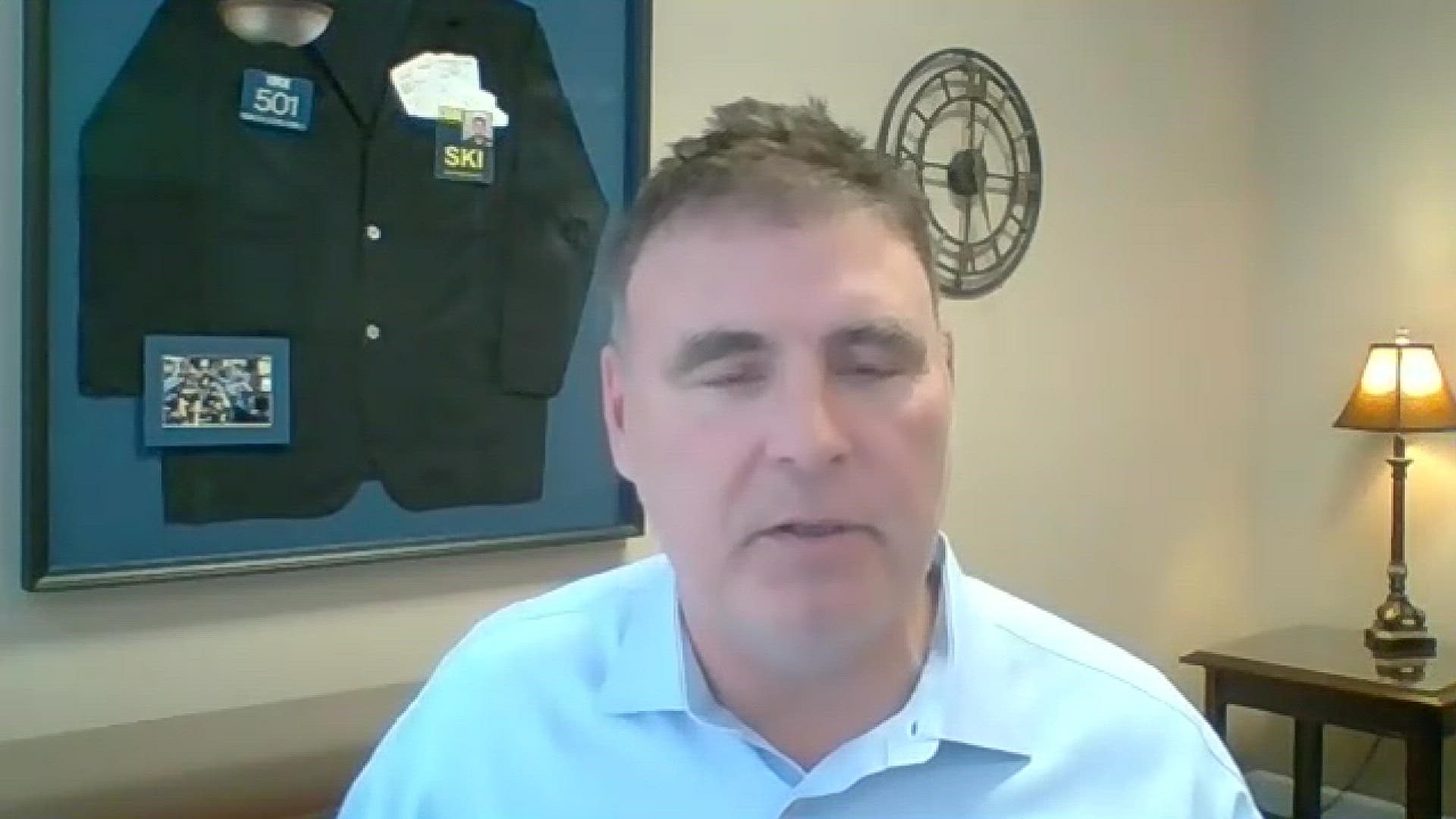 The strike in 1986 turned violent at times, including an assault against a News 8 engineer running a live truck. Former News 8 reporter Chris Minor reported on the incident. See below.

An update was made to this article around 3:30 pm on September 29th, 2021 to reflect a statement from John Deere and Company regarding negotiations. The update also clarifies the date which a strike could happen.