Members of the "Local 1191" union held a strike outside of Kone's Coal Valley location, asking for retirement benefits, and an end to Kone's two-tiered pay scale. 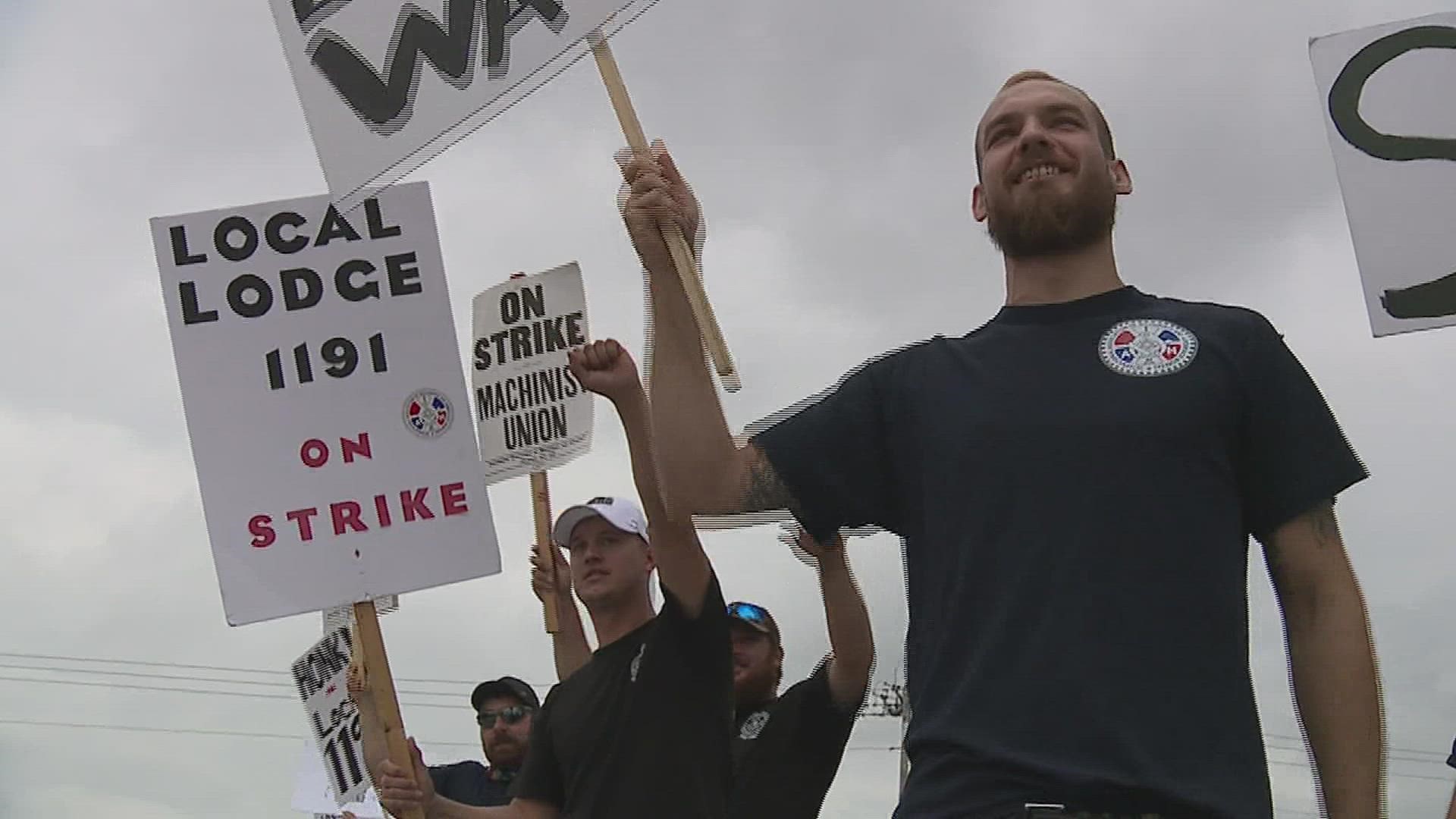 COAL VALLEY, Ill. — Union workers at Kone were on strike on Monday, asking for changes to the company's pay and retirement systems.

More than two dozen union members were outside of Kone's Coal Valley facility, off of Rt. 6. The "Local 1191" of the International Machinists Union say they Kone's two-tiered payment system creates too much of a gap between employees.

"You have a guy who's been here for 20 plus years, and a newbie comes in and they're doing the same job, but they're making a different amount of money," union member Albert Dual, an electrical assembler for Kone, said. "And it's a big difference - a $3-5 difference."

Dual said that the other main issue stems from the lack of retirement benefits.

"We want to make sure that when people retire, they're still functional. They're able to go about their lives and enjoy it," he said. "We have a lot of guys here who have been here almost as long as I've been alive. Folks should be able to retire at a pretty comfortable age and not have to stress themselves out."

Another union member and lead mechanical assembler, Michael Park, said that after negotiations, the union didn't find itself where it wanted to be, leading to the strike.

Members voted on the strike on Friday, September 17, and began standing outside by Saturday morning.

Monday's strike was the first full day of work stoppage, with some union members alleging all work inside the Coal Valley facility had come to a halt, excluding non-union office personnel.

"We have no problems with Kone, it's a great place to work,"  Park said. "[Negotiations] just weren't quite what we wanted. We have a two-tiered system we'd like to get rid of. And we got guys that are here 40 plus years that haven't been able, necessarily, to retire comfortably. And it's just that, we think that you should be able to, after 40 year, 30 plus years of being here, you should be able to retire comfortably."

Union members said they've been getting lots of positive responses, with plenty of honks from passing vehicles.

Park even noted people bringing coolers and food to the group.

Dual agreed, saying there were even more than the gathered two-dozen out early Monday morning.

"We have a good group. Our union's pretty strong. We're solid. We're together," he said. "It's hopeful. I mean, we're trying to hold on to what we have. Every American worker is," Dual said.

"After weeks of optimistic negotiations, KONE Coal Valley employees chose not to ratify a new collective bargaining agreement between KONE management and the IAM union committee. While KONE respects the right to engage in collective bargaining activity, we are disappointed our employees did not support the negotiated agreement and strong package that included significant wage and insurance increases as well as other enhancements to terms and conditions of employment. Kone will continue to collaborate with the IAM union committee and is hopeful for a quick resolution and acceptance of the proposed agreement. KONE maintains operational contingency plans to ensure business continuity and expects minimal impact to customers and jobsite deliveries during this time."