If passed, the bill will disallow pet stores from using breeders for their animals. 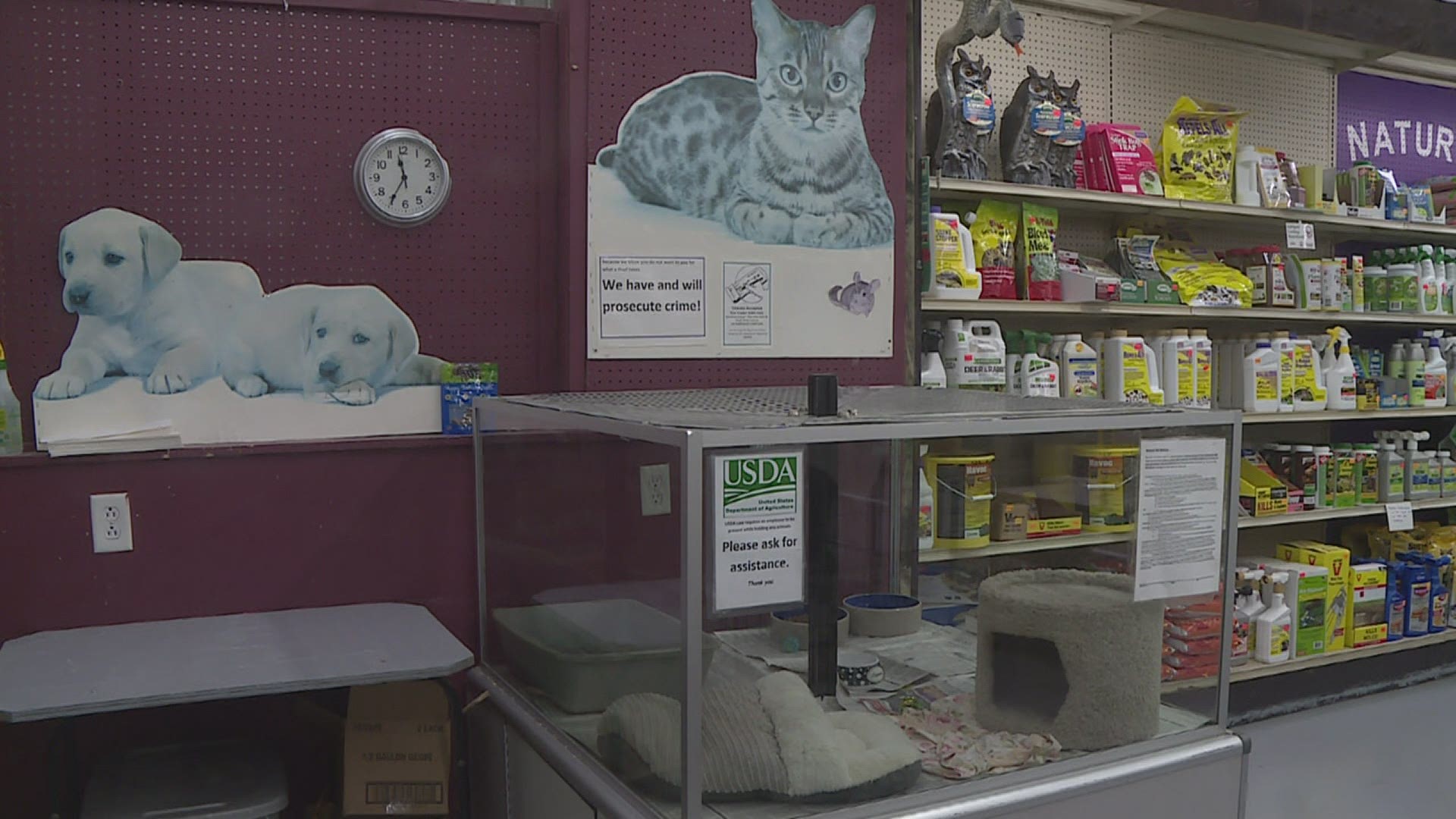 MOLINE, Ill. — Illinois legislature passed four bills earlier this week, all which attempt to increase animal welfare in the state.

But, Vice President of Teske Pet & Garden, Vicki Grudzinski said the bills are disadvantageous to customers.

"What this is doing is one more instance of the state, hindering the consumers right to choose. Some people don't want to rescue a dog that's already part age," Grudzinski said, "they want a young puppy to train it, and raise it the way they want."

Teske Pet & Garden receives most their animals through breeders, but claim they visit the breeders to check on living conditions.

"We have refused to buy from somebody that honestly, we were selling his dogs and they were decent dogs. But just because of the way the dogs lived [ we stopped],"

Some of the shop's kittens come from outside sources such as community members with pregnant cats.

"We have bathed, taken them to the vet gotten, rid of fleas and ear mites and vaccinated so many kittens that you wouldn't even believe," said Grudzinski.

If the bills pass, Grudzinski said the store will be forced to cease all animal sales.

"If you want the right to choose to buy a puppy or a kitten, call the Governor, respectfully politely, or email him and ask him to veto this bill, and get some input from other pet store owners, and maybe breeders on how to really take care and look out for the animals."

On the other side, Shelters like Happy Tails in Rock Falls think these bills were a long time coming: saying they are now able to work with pet stores in order to get more animals adopted.