After restoration was completed in 2018, two years of flooding pushed the rededication back. 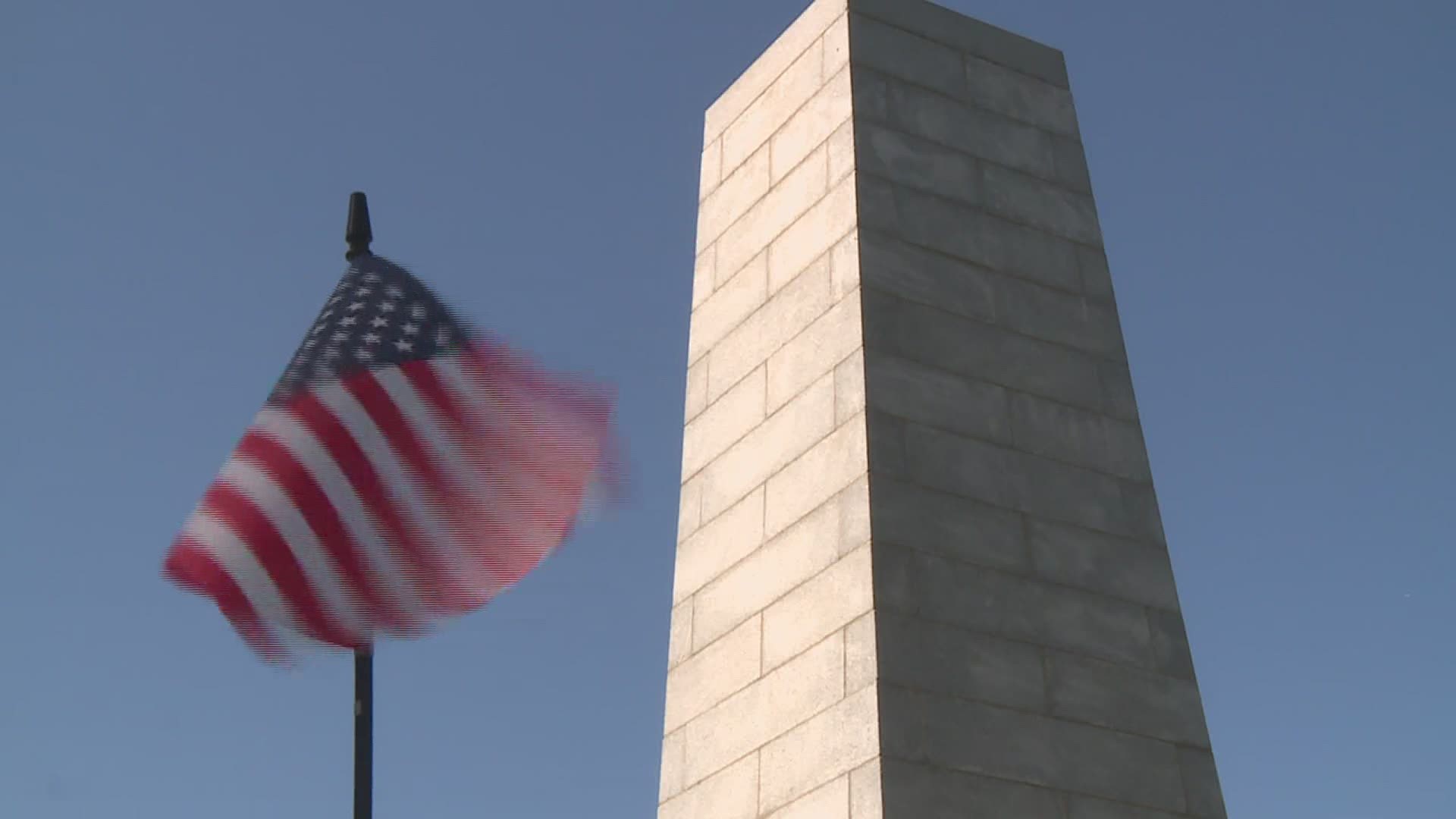 ROCK ISLAND COUNTY, Ill. — Nearly two years after its restoration was completed, the Campbell's Island State Memorial Monument finally had a rededication. Previous plans for the event were pushed back by spring flooding in 2019 and 2020.

The Mary Little Deere-Fort Armstrong Chapter of the National Society of the Daughters of the American Revolution (NSDAR) celebrated the event with speeches, a benediction and a 21 gun salute from the Vietnam Veterans of America.

On the banks of the Mississippi River, Campbell's Island monument marks the Battle of Rock Island Rapids - one of the western-most battles of the War of 1812. It was originally dedicated in 1906.

During the battle, Native Americans from the Sauk Tribe, led by Chief Black Hawk, defeated the United States and Major John Campbell in a one day fight. Several men and an unidentified woman and child were killed during the exchange.

"If this monument weren't here, there would be absolutely nothing to remind people of the important event that took place here," said McPeters. "It's a part of our legacy."

RELATED: General says US cutting troops in Iraq to 3,000 this month

The Mary Little Deere-Ft. Armstrong chapter had been raising funds for several years before completing the restoration in 2018. They said the monument was cracked, had water inside of it, and vegetation growing out of the cracks.

The Illinois Historic Preservation Agency lists the monument as a national historic site.