The annual concert was able to make a return in the age of COVID-19, with guests even preferring some of the new changes. 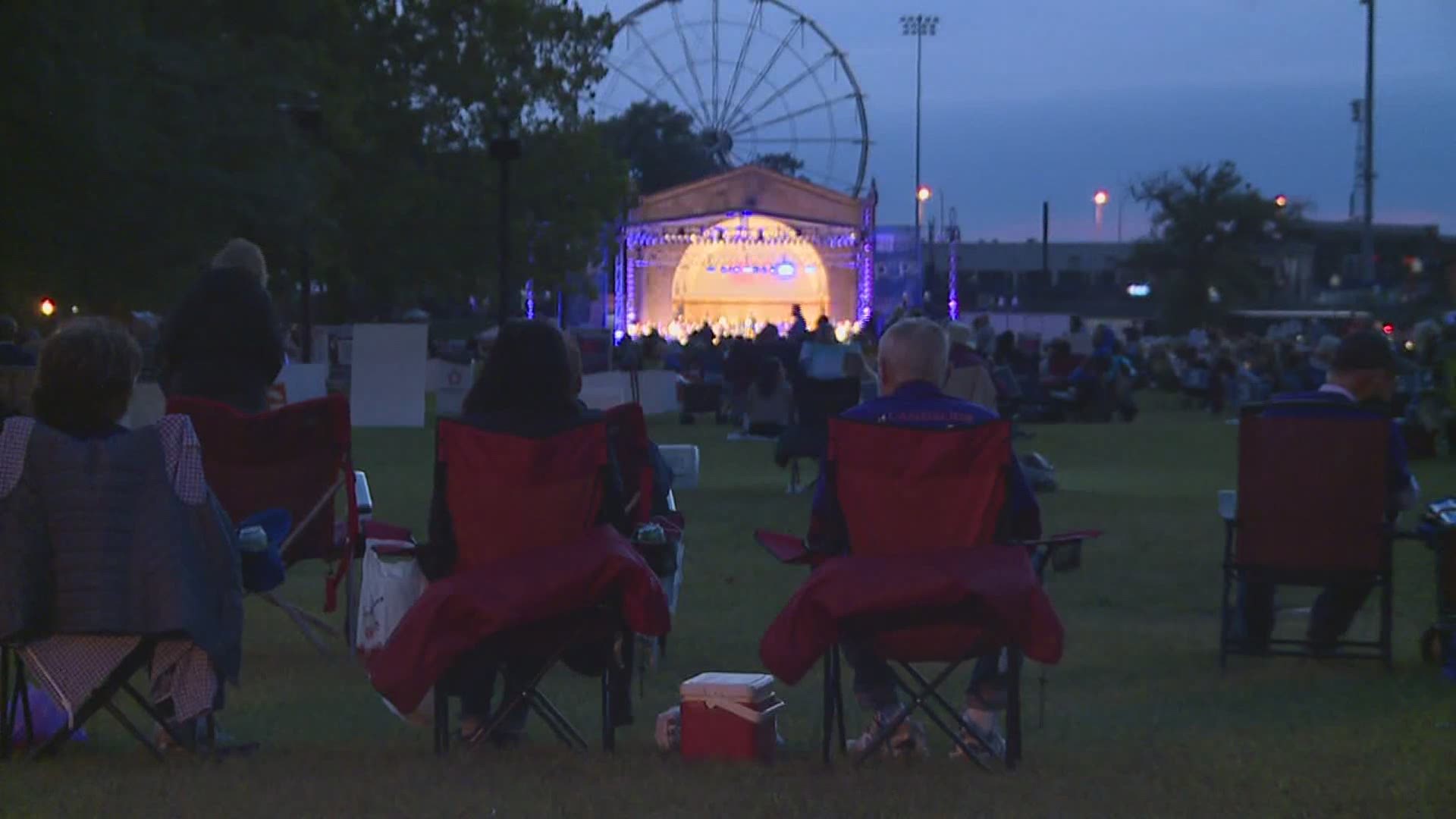 DAVENPORT, Iowa — Not even the Covid-19 pandemic can get in the way of a decades-long tradition.

“We’ve been doing this for 20 years,” said John Solis, a Rock Island resident.

He’s glad the Riverfront Pops concert could still happen this year, he said.

“We love the music, we love the comradeship we have here,” Solis said. “Our group has been together for 20 years and we wouldn’t miss it.”

Solis didn’t come alone. He brought along some friends, two of whom traveled from across the country for this concert.

“We traveled to the quad cities from Shreveport, Louisiana to be here,” said Andrew Reipe.

Reipe said the 12-hour one-way drive is worth every second.

“It’s not just about the event itself,” Reipe said. “It’s getting everybody together that makes it a good time. It’s the crowd that builds the atmosphere.”

That atmosphere was carefully crafted. Each family or group purchased a designated spot in the park, instead of paying for tickets for each person.

“We’ve been spending all summer trying to figure out how to do this the right way,” said Brian Baxter, the Quad City Symphony Orchestra’s executive director.

In the nearly 40 years the concert has been held, Baxter said there hasn’t been one like this.

Reipe is simply grateful the concert is happening at all.

“I know there’s a lot of events around the country that are canceled for this season, so we’re very happy we’re at least having something this year,” Reipe said.

Organizers say while this year’s event saw many changes, some of those were quite popular. They said guests liked the choice to pick their seats. Those organizers say they aren’t ruling out bringing that change back next year.