'We've put over five years of our lives into this': Covid-19 forces Pita Pit in Bettendorf to close

They're the latest restaurant to fall victim to the financial strains of the pandemic. 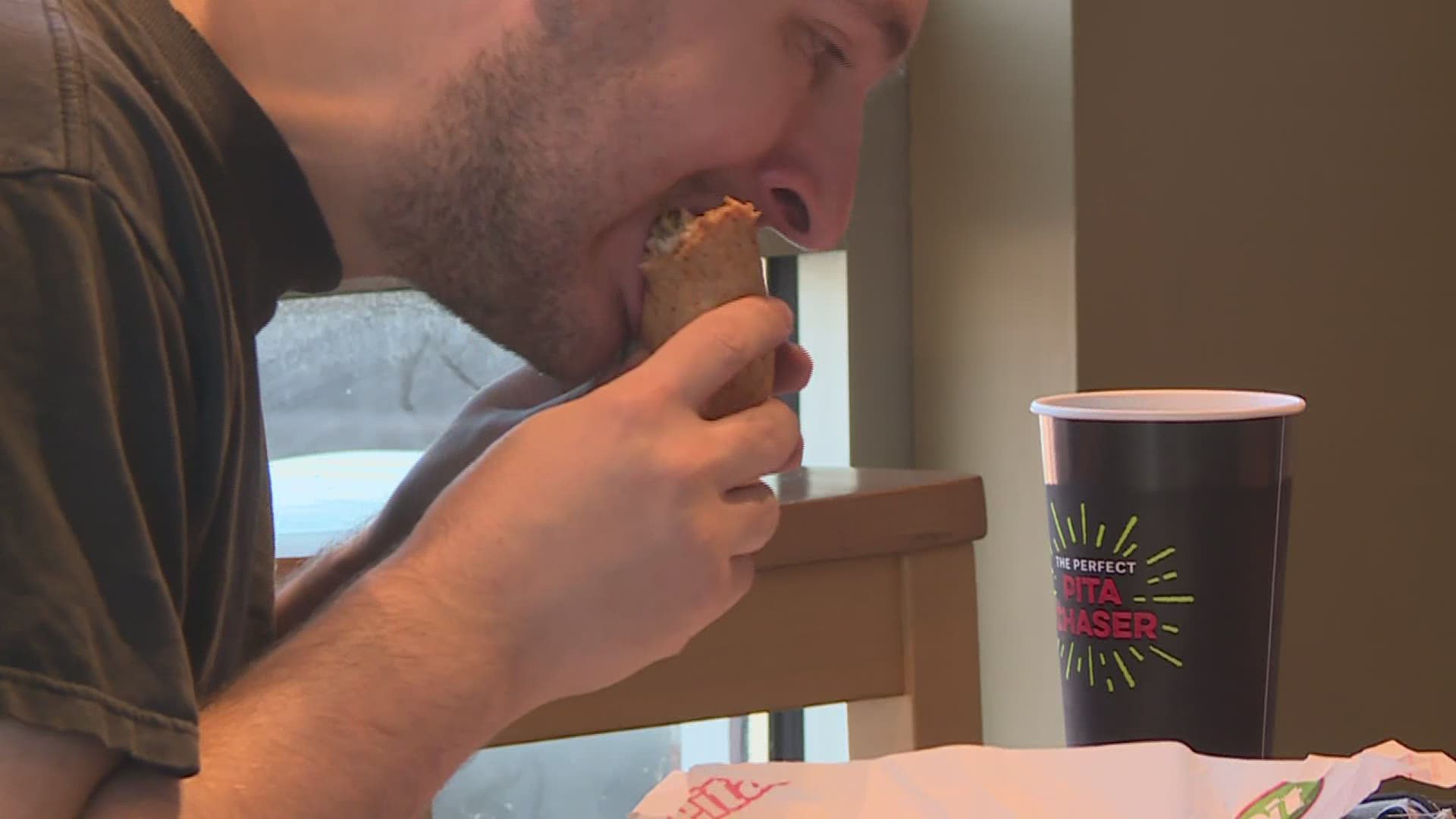 BETTENDORF, Iowa — The local branch of Pita Pit will close on Sunday, Oct. 11, or until food runs out.

Co-owners, Chris Wenzel and Chad Delp of the Quad Cities, first opened the Mediterranean fast food restaurant in 2016. They say business was steady, until the pandemic hit in March.

"It's all Covid," said Wenzel. "This is a relatively busy store, generally. Covid kind of hurt that drastically. We've been holding on as long as we could. We're finally at the point when it's just not feasible for us anymore."

He says when the pandemic first hit, and initial government assistance came through, they were able to weather the storm a little better.

"We were able to keep the train on the tracks at that point," he said. "But the assistance was only designed to happen for a short period of time. We're eight to nine months into that now and it's just... just not there anymore."

Wenzel says even though the restaurant is in Iowa, the earlier opening didn't help the way he had hoped.

"It's still very real around here, even on the Iowa side."

According to him, people were still afraid to come out, which drew business down. Even with the option of contactless delivery, he says he's seeing more people eat at home.

"We've put over five years of our lives into this," he remarked. "It's pretty emotional. I think the thing that affects me the most, other than shutting down the business, is the employees. I feel bad for the employees."

He says many of the workers at Pita Pit are high school students who can work on evenings and weekends. Since the pandemic hit, he says the normally overflowing stack of applications has dropped significantly for the first time since the doors opened. The feedback he's hearing is that parents don't want their kids outside of the house right now.

Between that, and difficulty keeping up with unemployment wages, Wenzel said it was the final nail in Pita Pit's coffin.

The location is still open for the rest of the week, and there were still plenty of customers coming in and out for the lunch rush. One patron, Anne Moeller, said it might be a franchise, but "it's local staff that are working at all the restaurants. And I think that's really difficult on them."

RELATED: 'It's the untapped potential': New businesses popping up in downtown East Moline, including hair salon

"I actually like this place," said Mekou Smith-Reed, who hadn't realized the location was closing until after he stopped by for lunch. "When I come here, I enjoy it. So it sucks."

Melissa and Gemma Fortin said they haven't eaten out much since the pandemic began, but they decided to stop in today, for a healthier lunch option than other fast food restaurants.

"It's sad to me," remarked Melissa. "It's sad to know that a neighbor here is losing his business, you know, his livelihood."

The two said it's especially important to support local businesses right now, so that when a sense of 'normal' returns, their favorite places won't all be gone.

It's a sentiment that Kristin Glass couldn't agree with more. She's the Chief Strategy Officer for the Quad Cities Chamber of Commerce, and she says that we might see more restaurants closing before this all gets better.

Right now, the chamber has a plan in place to help local businesses, but there's still a long road ahead.

"There is a plan, in three stages. Really the emergency response mode, stabilization and then recovery. Right now I would say we're more in the stabilization phase."

RELATED: Long-term jobless caught in a squeeze that imperils recovery

She says in order to help out the businesses you love most, it's more important than ever to shop locally. That might mean ordering delivery or curbside pickup from your favorite restaurant. Or shopping at a local boutique, rather than ordering from Amazon.

"Just changing, thinking about the where you spend your resources and trying to keep that money in our local economy," says Glass.

Currently, the chamber does not have any data as to how many restaurants across the Quad Cities have been impacted by the pandemic.

For Chris Wenzel and the rest of the crew at Pita Pit, they say this period has been incredibly stressful - both financially and mentally.

"We all kind of seem to be in this thing together," said Wenzel. "Just try our hardest to stay afloat as long as you can. And hopefully better times are coming. Good luck and stay with it if you're a small business owner. Hopefully it'll get better soon."