A new Viet-Thai Restaurant is now open in Davenport 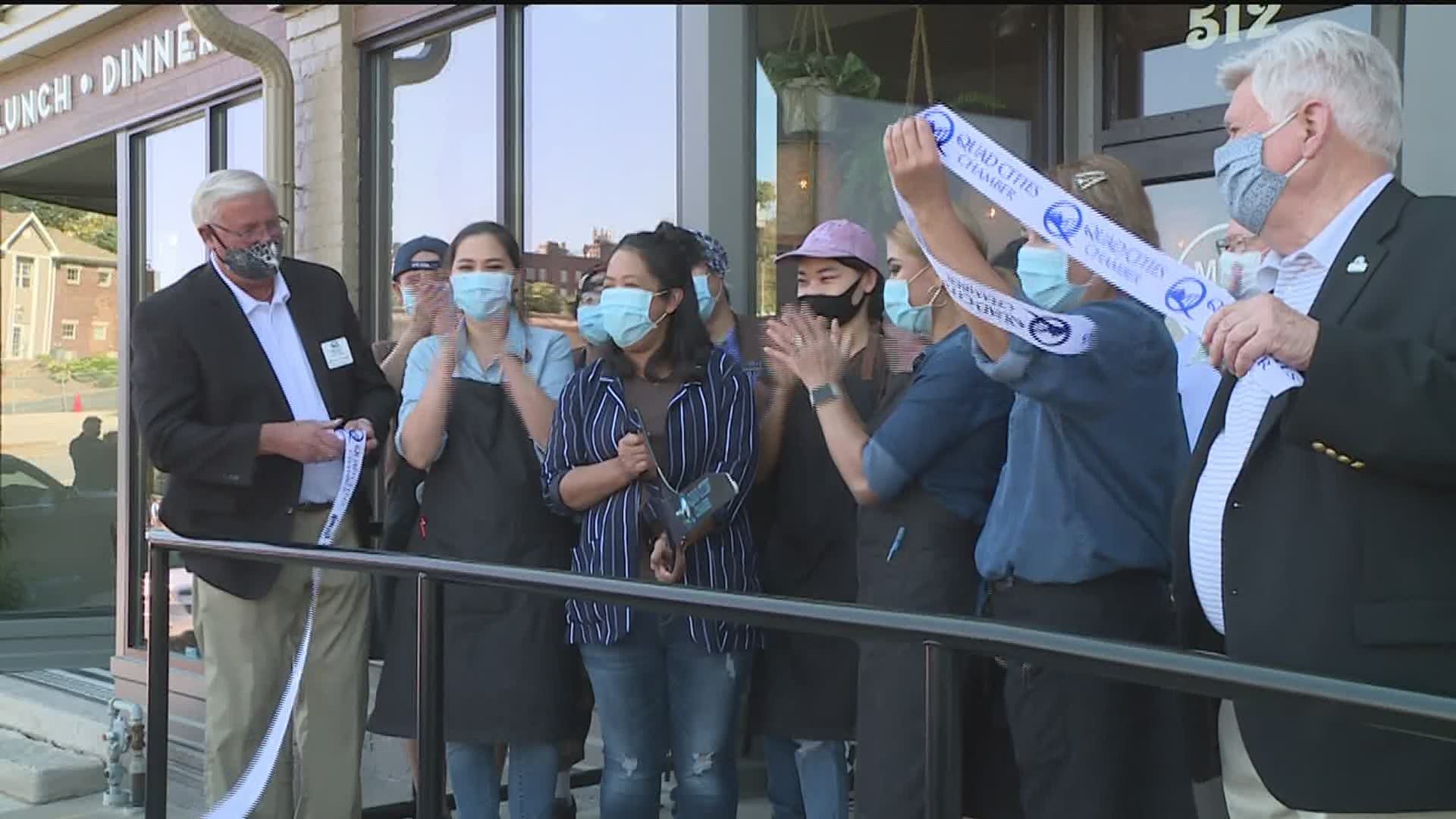 The ribbon cutting for the establishment took place Thursday, Sept. 3 in Davenport. It marks the beginning of the fourth Southeast Asian restaurant Mun Luangruang has opened in the Quad Cities (including LemonGrass Cafe in Moline and Exotic Thai in Moline and Davenport).

But while Miss Phay serves delicious Thai, just like her sister stores, Luangruang says the added element of Vietnamese food is what sets this location apart.

Luangruang says that no matter what she's serving, she hopes it brings a variety and joy to the Quad Cities. Eventually, her goal is to expose the area to tastes from all over the Southeastern corner of Asia -- from Thai to Vietnamese, Chinese to Cambodian, Indonesian and more.

"I just feel like the Quad Cities are ready for Southeast Asian cuisine," she said.

But it wasn't an easy decision to open a new restaurant in the middle of a pandemic -- especially one that has hit the food industry so hard.

The idea to open Miss Phay began last year, and Luangruang says they were nearly completed when the pandemic forced them to a halt.

"I didn't know what to do," she said. "We just stopped the project. I fell into a dark place."

It wasn't just Miss Phay that she had to worry about. All the doors to Exotic Thai and LemonGrass were closed for nearly two and a half months. But then, Luangruang says they were able to learn how to navigate a new normal. And with that, came tentative re-openings.

Once again, the topic of Miss Phay came back up.

"I didn't want to leave this project unfinished," said Luangruang.

To her, there were two big motivators for introducing the business to the Quad Cities. First, she wanted locals to have exposure to Thai and Vietnamese food. And second, the opening helped keep staff from the other locations employed.

In many ways, the story of the restaurant is like the story of its fictional namesake. The character of "Miss Phay" is based off a made-up woman who was born in Thailand and brought her recipes and culture across the ocean during her emigration to the United States. As Luangruang tells it, both are stories of resilience in the face of adversity.

"The good food make us have a really...comfort feeling even though this is not a good time. But yet we can find our self joy and happiness in the good food," she said.